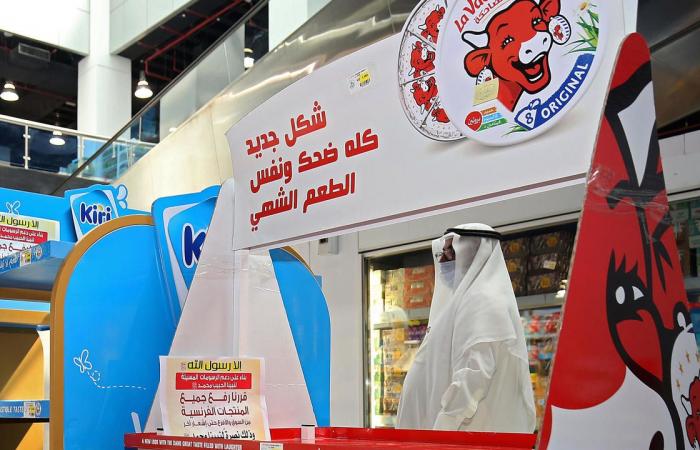 France called on the Sunday Arab countries to stop calling for a boycott of French products, while President Emmanuel Macron vowed the country would never give in to Islamic radicals.

The French Foreign Ministry said in a statement released on Sunday that in the last few days there have been calls in several Middle Eastern countries to boycott French products, especially food, and to demonstrate against France over the publication of satirical cartoons of the Prophet Mohammad.

“These boycott calls are unfounded and should be stopped immediately, as should all attacks against our country by a radical minority,” the statement said.

On Sunday, Macron said in a tweet: “We will never give in to Islamic radicals”. “We do not accept hate speech and we defend sensible debates,” added the French head of state.

In the Arab world and beyond, there are already increasing calls to boycott French goods after President Emmanuel Macron criticized the Islamists and promised not to give up the cartoons with the Prophet Mohammed.

Macron’s first comments came Wednesday in response to the beheading of a teacher, Samuel Paty, outside his suburban school outside of Paris earlier this month after showing cartoons of the Prophet Muhammad in a class he was leading on free speech.

Muslims view any portrayal of the Prophet as blasphemous.

Kuwait’s consumer cooperatives non-governmental union has boycotted several French products. Several cooperatives visited by Reuters on Sunday had cleared the shelves of items such as hair and beauty products from French companies.

“All French products have been removed from all consumer cooperatives,” union leader Fahd Al-Kishti told Reuters, adding that the move was in response to “repeated insults” against the Prophet and independent of the Kuwait government.

The cooperatives, some the size of hypermarkets, carry government-subsidized staples for Kuwaitis and account for a large portion of the country’s retail trade. They also organize some educational courses and leisure activities.

In Saudi Arabia, the largest economy in the Arab world, a hashtag calling for a boycott of French supermarket retailer Carrefour was the second most popular trend on Sunday.

Similar calls for boycotts have also been issued by groups in Jordan and Qatar.

The Organization for Islamic Cooperation on Friday condemned the brutal murder that rocked France, but also criticized the “justification for the blasphemous harassment of a religion in the name of freedom of expression”.

These were the details of the news France calls on Arab countries to stop boycotting French products for this day. We hope that we have succeeded by giving you the full details and information. To follow all our news, you can subscribe to the alerts system or to one of our different systems to provide you with all that is new.