After the campaign to boycott French products, Macron tweets in Arabic 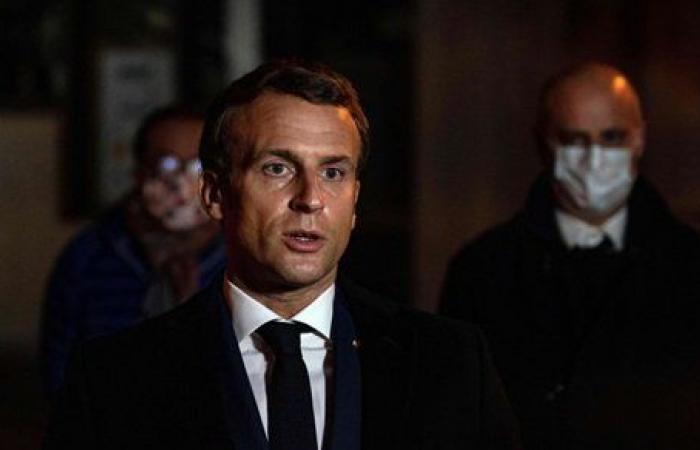 After a campaign in a number of Arab countries to boycott French products, the French president said Emmanuel Macron Nothing will ever make his country retreat.

Macron said in a tweet in Arabic, “Nothing makes us back off, never … We respect all differences in the spirit of peace.”

The French president added, “We never accept hate speech and defend rational debate … We will always stand by human dignity and universal values.”

For its part, the French Foreign Ministry called on Middle Eastern countries not to allow a boycott of products made in France, following calls to boycott them against the backdrop of the continued publication of the cartoons offensive to the Prophet Muhammad.

In a statement, she said that recent days have witnessed calls on social media in a number of countries in the Middle East to boycott French products, especially food, in addition to calls to demonstrate against France over the publication of cartoons about the Prophet Muhammad.

The French Ministry affirmed that these calls are based on distorting the true positions that France defends, in favor of freedom of belief, freedom of expression and freedom of religion, while rejecting any call for hatred.

She stated that there are those who distort and exploit the statements of French President Emmanuel Macron, while honoring the slain history teacher, Samuel Patty, for political purposes.

The ministry stressed that Muslims are part of the country’s national fabric, explaining that the calls for boycott are baseless and must be stopped immediately, like all attacks targeting France and that are being pushed by the extremist minority, according to a statement.

The French Foreign Ministry called on the countries concerned to disavow any call for a boycott or any attack against France, while taking care to ensure the safety of French citizens abroad.

French President Emmanuel Macron confirmed that his country will not stop publishing the cartoons, during the memorial of history teacher Samuel Patty, who was beheaded by a young Chechen, early this month.

The French president added, “We never accept hate speech and defend rational debate. We will always stand by human dignity and universal values.”

These were the details of the news After the campaign to boycott French products, Macron tweets in Arabic for this day. We hope that we have succeeded by giving you the full details and information. To follow all our news, you can subscribe to the alerts system or to one of our different systems to provide you with all that is new.