Without the approval of the European Union … “Oxford” vaccine against... 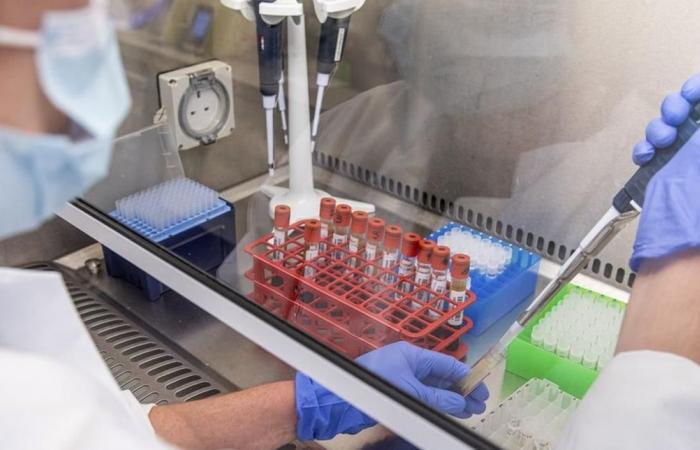 A report published by the British newspaper “Daily Mail” revealed that the British government is seeking to vaccinate medical workers with the preventive vaccine against “Covid-19”, without the need to obtain approval from the European Union, at a time when the United Kingdom is witnessing a second wave of the virus The new Corona.

According to the newspaper, the British government is moving quickly, to give the vaccine to medical workers of the National Health Service (NHS) first, before the holiday season between December 25 (Christmas) and New Year 2021.

According to the report, the government is seeking to officially adopt the vaccine before the end of the current year, targeting frontline workers to confront the virus, in addition to home care workers, and the elderly who are 80 years and over.

The government introduced new laws that would allow the UK to bypass the EU approval process, if the vaccine was safe and effective before Britain’s exit from the European Union on December 31.
This move will boost optimism about easing social restrictions that have paralyzed the country since last March, with the aim of curbing the spread of the coronavirus.

The newspaper quoted a government source describing it as “high” as saying that “if we are sure that the vaccine is safe and effective, then there will be no need for approval from Brussels (the headquarters of the European Union) for approval.”Britain does not need European Union approval to approve the vaccine, if its adoption is delayed until next year.

The United Kingdom has recorded 857,043 confirmed cases of “Corona” virus since the beginning of the pandemic, of which 44,835 deaths, according to statistics from Johns Hopkins University of America.

The newspaper said that the vaccine used by Britain is the vaccine developed by the University of “Oxford” in Britain, and produced by the “AstraZeneca” pharmaceutical company, as the government purchased 100 million doses.

A person needs to be vaccinated with two doses of the vaccine during a period of 28 days, while information indicates that the National Health Service staff, actually received the seasonal flu vaccine.

Human trials have been taking place on the “Oxford” vaccine since last April, with the participation of about 20 thousand volunteers from all over the world. Scientists reported a “strong immune response” and there were no serious side effects to this vaccine, although it was stopped for a while.

These rapid government moves come before the Christmas season, which witnesses gatherings of large crowds to celebrate Christmas and the advent of the New Year.

These were the details of the news Without the approval of the European Union … “Oxford” vaccine against... for this day. We hope that we have succeeded by giving you the full details and information. To follow all our news, you can subscribe to the alerts system or to one of our different systems to provide you with all that is new.