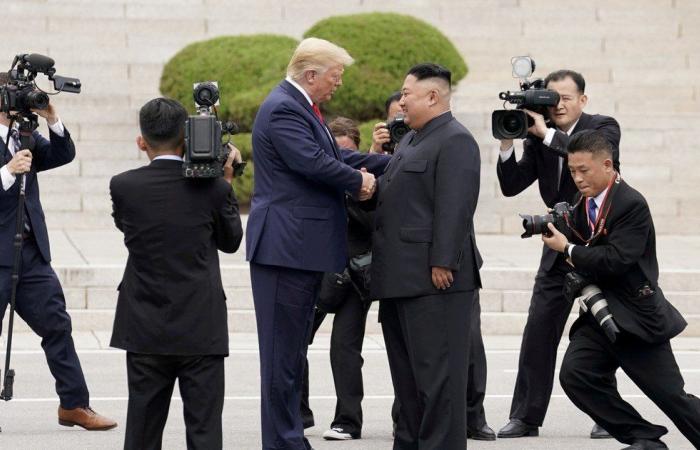 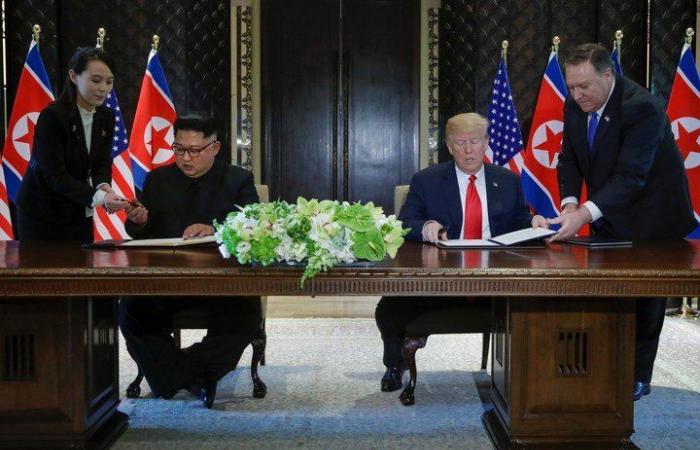 Between insults and handshakes, Kim Jong Un and Donald Trump had bad times and good times. But the American president never inspired North Korea hatred that professes Joe Biden, a “mad dog” who must be “beaten to death”.

The White House tenant, who never tires of celebrating his closeness with the North Korean leader, has already promised to “very quickly” close an agreement with Pyongyang if he is reelected on November 3, despite the fact that the diplomatic process between the two countries is underway. in neutral for 20 months.

There is no doubt, according to the experts, that if Biden wins, his focus will be totally different.

North Korea hates biden for his role as vice president in the Obama administration and his doctrine of “strategic patience”. The idea was to refuse any dialogue with the North Korean regime if it did not make concessions first.

In November 2019, the official KCNA agency led an attack of unusual violence against the Democratic candidate.

“Mad dogs like Biden can hurt a lot of people if they are released,” the agency launched. “You have to beat them to death.”

The North Korean regime has endorsed one of the nicknames that Trump gives to his adversary, “Sleepy Joe” (“Joe the Sleeper”).

Biden believes that the current president has gone too far in approaching the North Korean leader, and reiterated that he will not meet with Kim unconditionally, and that he would first demand a promise of denuclearization of the Korean peninsula.

“The Biden administration will not write love letters,” he quipped, alluding to the letter exchanges between Trump and Kim.

On Thursday, during the last presidential debate, the Democratic candidate lashed out at the friendship forged by Trump with a “thug”, whom he compared to Adolf Hitler.

According to Andrei Lankov, a professor at Kookmin University in Seoul, Pyongyang expects Trump to get a second term.

Biden lashed out at the friendship forged by Trump with a “thug”, whom he compared to Adolf Hitler. Photo: AP

“The election of Joe Biden would lead to a dead end,” explains Lankov to AFP. “If Donald Trump is re-elected, (the North Koreans) will be careful for a time, hoping to get concessions out of him.”

The beginning of Trump’s presidency was marked by exchanges of insults that contributed to exacerbating tensions in 2017. But the détente came with the 2018 Winter Olympics.

That year, Donald Trump became the first American president to meet, in Singapore, with a North Korean leader.

Kim and Trump met again twice, in Hanoi and in the Demilitarized Zone (DMZ) on the border between the two Koreas, but the nuclear negotiations led nowhere and Pyongyang has probably not stopped pursuing its banned military programs. In early October, he exhibited an ICBM at a parade.

Chung Min Lee of the Carnegie Endowment for International Peace recently welcomed Trump’s efforts to reach out to Kim. “The problem is what he has done with it,” he says, denouncing the bad motivations of the president of the United States.

“Trump was clouded by the idea that Kim Jong Un was going to allow him one way or another to impose on the United States the image of the president who brought peace to the Koreans,” he says.

Biden’s election would mean a return to a classic diplomatic process, according to South Korea’s ambassador to Washington, Lee Soo-hyuck, that is, lengthy advisory-level negotiations rather than high-level meetings between two leaders.

Biden’s advisers on diplomacy and security have held important positions in the Obama administration, recalls the ambassador.

“More than a top-down, vertical approach, I hope that the policies will be developed and proposed at the working group level and approved by the president,” he added.

Meanwhile, Pyongyang will closely follow the US presidential, reserving at all times the possibility of testing its latest missiles.

These were the details of the news North Korea prefers Trump to Biden, the “mad dog” who must... for this day. We hope that we have succeeded by giving you the full details and information. To follow all our news, you can subscribe to the alerts system or to one of our different systems to provide you with all that is new.