‘The Last Ice’ documentary reveals threatened biodiversity in the Arctic –... 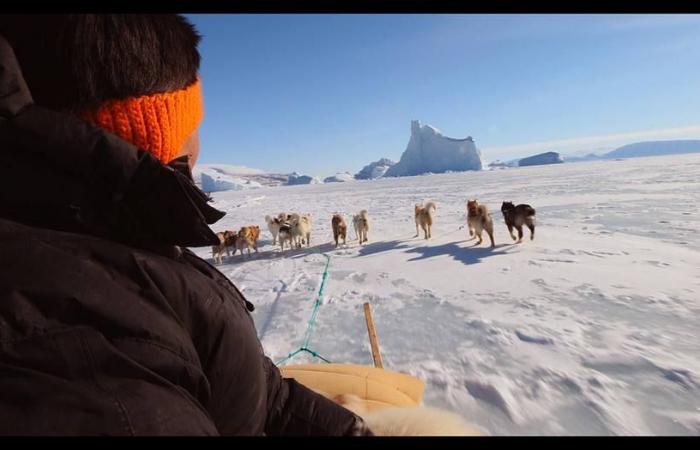 The Arctic is the epicenter of the global climate crisis, with warming twice as fast as in the rest of the planet. In 2020, the region equaled the record for the most thaw during the summer. The organization Pristine Seas, linked to National Geographic, chose the area to be the subject of Threatened Arctic, filmed for four years. The documentary, shown today at 10:30 pm on the channel, is part of the program of the World Day against Climate Change, also composed by Greta: The Future Is Today, about Swedish activist Greta Thunberg, at 9 pm, and Untouched Seas, with other Pristine Seas expeditions, at 9:45 pm.

Not for nothing, the film begins with an image of the vast icy landscape and the sound of a crack. Director Scott Ressler’s team needed patience to capture the scenes from the documentary. “In the Arctic, time is in charge,” he said at an event for the press. “You can’t plan. For the first two weeks, we waited while an intense fog prevented any filming. It was heartbreaking. But then the ice started to melt, starting an incredible natural process, with the sea increasing in volume, the animals hunting. We had two or three weeks of incredible shooting opportunities. But I hope that they are not just beautiful images to look at, but that they show what is at stake in this very precious and fragile region. ”

Summer melting is normal in the Arctic. The problem is that regions that have always remained cold even in the hottest time of the year are at risk of melting, making room for the exploration of maritime routes, tourism, fishing and oil extraction. By 2040, the forecast is for the entire Arctic to thaw in the summer, except for the small area of ​​Pikialasorsuaq, which lies between Canada and Greenland and is known as the “last ice”. It is one of the most biodiverse regions in the Arctic, as well as home to Inuit communities, who live from artisanal hunting and fishing. “When we arrived in the Arctic, we saw the intimate relationship between what is happening in the ecosystem and the humans who depend on it,” he said in an interview with Estadão Alex Muñoz, director of policy for Latin America at Pristine Seas. “What is happening on the planet is the fault of humanity. Unfortunately, the impacts are not the same. The poorest and most vulnerable and local communities suffer the consequences of this irresponsibility to a much greater degree. So, we need to be on the side of those who are suffering the most from these climate problems created by the rampant growth of certain activities. ”

The documentary shows the struggle of the Inuits to achieve a commitment by the governments of Canada and Greenland to protect the area. “The climate crisis affects our daily lives,” explains activist Maatalii Okalik. Threatened Arctic also avoids a colonized look, showing the hunters’ close relationship with the nature of the hunters and the richness of the Inuit culture, which is being recovered by the younger generations. But it also looks to the past, to the population displacement policies undertaken by the governments of Canada and Denmark (Greenland is an autonomous territory of the country), which concentrated families in predetermined locations, sometimes more than 2 thousand kilometers away. of your original region. Many of the older Inuits were separated from their parents and forced to attend schools to learn to be white. The measures taken in previous decades have effects until today, not only in terms of trauma but also in eliminating the nomadic way of life, for example.

But the Endangered Arctic does not look at traditional peoples as victims without the capacity to fight for a better future. “They are vibrant communities that know how to live in balance with nature and should be a source of inspiration for the rest of the world,” said Ressler.

Muñoz, who has been fighting for public policies to be established to deal with the climate crisis in Latin America, hopes that the documentary will help inform more people about what the planet is going through. And he advises how to help: “I would encourage everyone to find out what the positions of candidates for public office are in relation to the environment. If your candidate denies the climate crisis and you still vote for him, you are an accomplice ”.

These were the details of the news ‘The Last Ice’ documentary reveals threatened biodiversity in the Arctic –... for this day. We hope that we have succeeded by giving you the full details and information. To follow all our news, you can subscribe to the alerts system or to one of our different systems to provide you with all that is new.