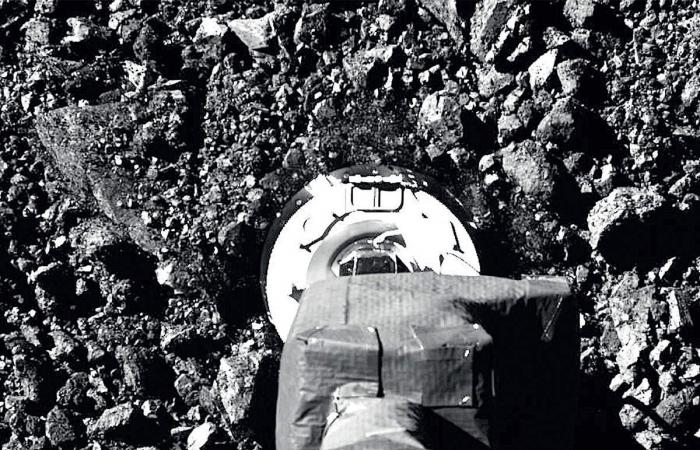 ONE NASA The spaceship is filled with so much asteroid debris that it gets jammed and precious particles drift away in space. scientist said Friday.
Scientists announced the news three days after briefly touching the spacecraft called the Osiris-Rex Asteroid Bennu, NASA’s first attempt on such a mission. Mission’s senior scientist, Dante Lauretta of the University of Arizonathe operation said Tuesday, 200 million miles away, was collecting far more material than expected for return to Earth – in hundreds of grams. The sample container at the end of the Robot The arm penetrated the asteroid so deep and with such force that stones were sucked in and wedged around the edge of the lid.

Scientists estimate the sampler was pushed up to 19 inches into the rough, crumbly, black terrain.

We’re almost a victim of our own success here, ”Lauretta said at a hastily arranged press conference.

Lauretta said there is nothing air traffic controllers can do to remove the obstacles and keep more pieces of Bennu from escaping than getting the samples into their return capsule as quickly as possible. Agencies

These were the details of the news Asteroid Bennu samples drifting away from a jammed spacecraft, says NASA for this day. We hope that we have succeeded by giving you the full details and information. To follow all our news, you can subscribe to the alerts system or to one of our different systems to provide you with all that is new.