After Spring Recovery: How Oil Prices Could React to a Victory... 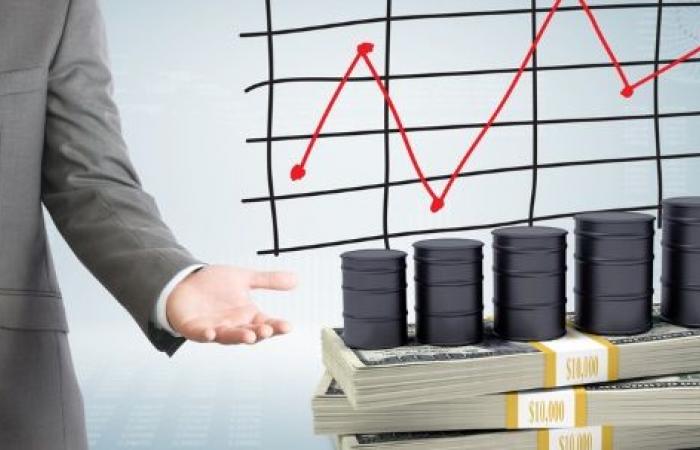 Although oil prices have recovered from their sharp fall in spring, they have now been in a sideways range for months. Experts believe that could change after the US election.

US President Donald Trump can rightly be called a friend of the oil industry. Already in 2017, shortly after taking office, he announced the withdrawal of the USA from the Paris climate agreement, which according to “ZEIT” had long been a thorn in the side of the US oil industry. In the oil price war between Russia and Saudi Arabia at the beginning of the year, he then took on the role of mediator in order to reach an agreement and to achieve production cuts. According to “ZEIT”, this was the first time that “a US president is trying hand in hand with OPEC to drive up oil prices”. However, this has been of little use: the corona pandemic and the lockdown associated with it in many countries caused oil prices to plummet in April. Although the price of black gold has since recovered, the prices for Brent and WTI have been bobbing between 40 US dollars per barrel and 45 US dollars per barrel in recent weeks. But that should change if Joe Biden wins the election on November 3rd, analysts believe. However, they do not agree on the direction in which oil prices will then develop.

Dr. Ulrich Stephan, chief investment strategist for private and corporate clients at Deutsche Bank, sees a negative impact on oil prices if Joe Biden wins the US presidential election. In the October 19 newsletter “Perspektiven am Morgen” (Perspectives in the Morning), he mentions three reasons which should have “a dampening effect on oil prices” if the candidate of the Democratic Party were to transfer office. For example, US President Biden will “drive the decarbonization of the US economy,” writes Stephan. In fact, if there is a change of power in the White House, more money is likely to flow into the expansion of renewable energies, since according to “CNBC” Biden wants to achieve that the energy sector in the USA no longer emits carbon by 2035. In addition, Biden will not urge the OPEC + states to cut production, as Trump did, according to Stephan.

“The most significant negative impact on oil prices would probably be an attempt to revive the nuclear agreement with Iran,” the chief investment strategist at Deutsche Bank continued. He assumes that Biden will be able to reopen the nuclear deal before the Iranian presidential elections in June 2021, which could bring Iran back to the world market as an oil exporter. A higher oil supply would be the result. Dr. Ulrich Stephan estimates that this will increase the supply of crude oil by two million barrels per day. The demand side is likely to continue to weaken due to the ongoing corona pandemic, especially in Europe. In the short term, if Biden wins, there is “little potential for significantly higher oil prices, although the OPEC + countries will probably extend their production cuts into 2021,” the Deutsche Bank expert concludes.

The analysts at the US investment bank Goldman Sachs, however, have a completely different opinion. “We don’t expect the upcoming US election will topple our bullish forecasts for oil and gas prices, “according to a mid-October analysis available to” CNBC. “According to Goldman Sachs experts, a Joe Biden win and an additional” blue wave “would be – What is meant by this is that the Democrats get a majority in both houses of Congress in the US election – but probably even “a positive catalyst” for oil prices. This would add the “recent rotations in oil prices that were expected on days of higher Stimulus and a weakening US dollar go into rally mode “.

Overall, the US investment bank expects that the oil and gas industry in the US will have to contend with a certain headwind under US President Joe Biden, even if his statements in the election campaign would be rather moderate. Biden is expected to tighten restrictions on the production of shale oil in the state owned areas and approve fewer new pipelines. The analysts believe that further regulations – such as higher taxes – could increase the cost of producing shale oil by up to US $ 5 per barrel. This would mean that the promotion would no longer be worthwhile for some producers, which would mean that supply would fall and oil prices would rise – because, according to the US investment bank, demand should recover somewhat in the coming year. Even with the revival of the nuclear agreement with Iran, Goldman Sachs does not expect any negative effects on the oil price, according to “CNBC”. The headwind in the supply of slate will offset growing exports from Iran, according to the assessment. Because if Iran depresses prices through a higher supply, then production would no longer be profitable for many US companies, which in turn would reduce supply from this side, according to the calculation.

Artem Abramov of the energy consulting firm Rystad Energy also shared the opinion of the Goldman Sachs analysts, according to the website “Natural Gas Intelligence”. He expects Biden to end the trade war with China as US President and pursue a policy that deals more with protection against COVID-19. That alone should have a positive effect on oil consumption and oil prices, according to the energy expert.

New: trade oil, gold, all commodities with leverage (up to 30)

Trade commodities with high leverage and small spreads. You can start trading with as little as € 100.00 to benefit from the effect of € 3,000 in capital! Get your bonus now.

76.4% of retail investor accounts lose money when trading CFDs with this provider. You should consider whether you can afford the high risk of losing your money.

*The article has been translated based on the content of Source link by https://www.finanzen.at/nachrichten/rohstoffe/nach-erholung-vom-fruehjahr-wie-der-oelpreis-auf-einen-sieg-des-demokratischen-us-praesidentschaftskandidaten-joe-biden-reagieren-koennte-1029709042
. If there is any problem regarding the content, copyright, please leave a report below the article. We will try to process as quickly as possible to protect the rights of the author. Thank you very much!

These were the details of the news After Spring Recovery: How Oil Prices Could React to a Victory... for this day. We hope that we have succeeded by giving you the full details and information. To follow all our news, you can subscribe to the alerts system or to one of our different systems to provide you with all that is new.