In the Crimea, Russian scientists discover a 5,000-year-old skull of a... 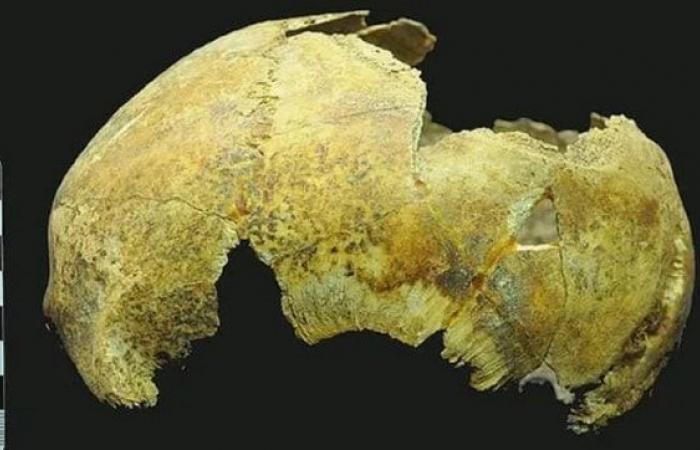 Russian scientists have discovered a 5,000-year-old skull of a man who had undergone ancient brain surgery and most likely died from it.

According to a report in Time nowResearchers have shown incredible 3D images of the Crimea, showing evidence of a trepanation operation (the practice of drilling a hole in the patient’s skull) on the Bronze Age man in his twenties. The researchers said the surgery was unsuccessful and the “unfortunate” patient did not survive long after undergoing a stone “scalpel”.

According to the head of the Laboratory for Contextual Anthropology, Dr. Maria Dobrovolskaya, this can be seen from the absence of obvious traces of healing, otherwise traces of trepanation are clearly visible on the bone surface.

According to a report in Daily mailScientists from the Institute of Archeology of the Russian Academy of Sciences in Moscow said that the old doctor definitely owned a surgical set of stone tools.

The report adds that the skull was found on a skeleton in a deep grave in a burial mound and, according to researchers, measured by the position of the bones, the patient’s body was carefully laid on its back and turned slightly on its left side. The deceased’s legs were bent at the knees and turned to the left. Two flint arrowheads were also buried with the old man.

Dr. Dobrovolskaya said that despite the fact that the survival rate after trepanation was high in ancient times, the man was unlucky enough to perish.

Olesya Uspenskaya, a researcher in Stone Age archeology, added that the three types of traces found on the body were made by the prehistoric surgeons using different types of stone blades.

According to researchers, brain surgery may have been used in ancient times to relieve severe headaches, heal bruises, repair skull injuries, or to overcome epilepsy.

These were the details of the news In the Crimea, Russian scientists discover a 5,000-year-old skull of a... for this day. We hope that we have succeeded by giving you the full details and information. To follow all our news, you can subscribe to the alerts system or to one of our different systems to provide you with all that is new.