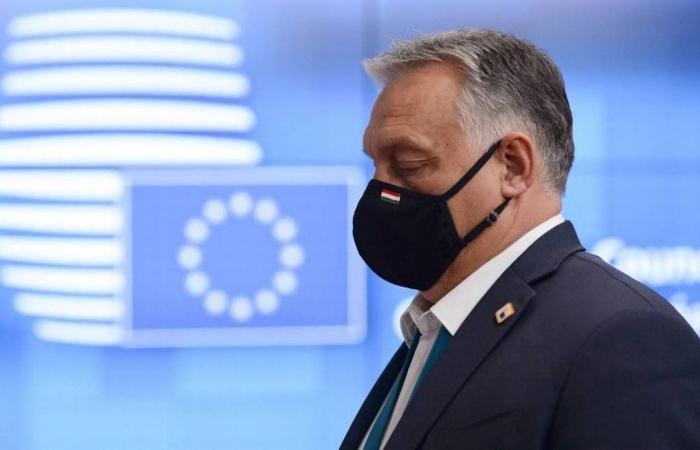 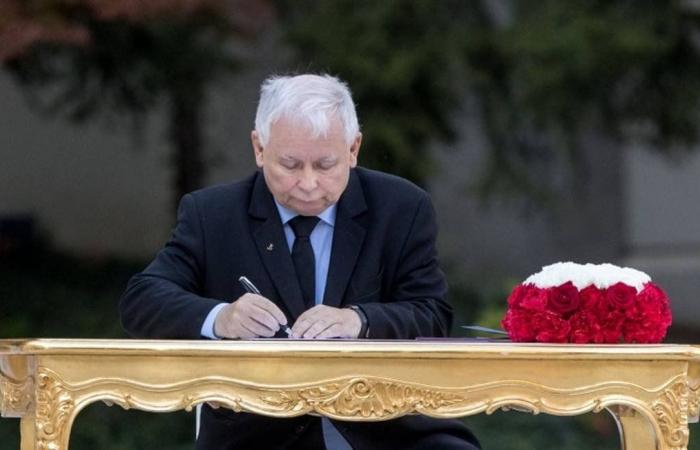 RIO – It is not new today that Poland and, mainly, Hungary, are a dilemma for the European Union. For years, the gradual democratic collapse led by its ultraconservative governments has been a cause for alarm for Brussels, which finds itself with its hands tied. Punishments to curb them encounter not only the need for unanimity among member countries, but also within the limits of supranational mechanisms.

Now, the bloc uses a new strategy: linking respect for the rule of law to the transfer of funds from the new multi-annual budget (2021-2027) of € 1.074 trillion (R $ 7.14 trillion), to which will be added € 750 billion (R $ 4.99 trillion) of the post-pandemic reconstruction package. The hope is that the threat of economic damage will start to put the rebels on the line.

The clause is rejected by the Hungarian Prime Minister, Viktor Orbán, and by the Polish President, Andrzej Duda, whose governments President Jair Bolsonaro approached. Both link the approval of the budget to the lifting of conditionalities, and Orbán, in particular, seems firm in his intransigence. Nordic countries, on the other hand, consider the mechanism to be too weak. If there is no agreement soon, the bloc risks entering 2021 without funds to operate.

– The only language that Orbán understands is power, he could not care less if it is only soft power – András Bíró-Nagy, director of the Policy Solutions institute and a researcher at the Hungarian Academy of Sciences, told GLOBO. – That’s why he fears both the rule of law mechanism and the link of money to the quality of democracy.

Germany: Strengthening Merkel slows down growth of the far right in Germany

The Hungarian premier will soon become the EU’s longest-serving leader – currently held by Chancellor Angela Merkel, who decided not to run in the 2021 elections in Germany. In the 10 years at the helm of the government, Orbán, supported by a strong parliamentary majority, centralized power, politicized the Judiciary and carried out his plan to transform the country into what he calls “illiberal democracy”.

The case of the Central European University exemplifies the conduct of the governing party, Fidesz. In 2017, Orbán imposed a series of measures aimed at the university, such as the ban on gender studies and immigration-related research. Three years later, the European Court of Justice ruled that the laws went against the bloc’s legislation. By that time, the university had already moved its campus to Vienna. The Prime Minister got what he wanted.

Opposition:Opposition parties in Hungary announce alliance for 2020 elections against Orbán

Now Orbán is on the offensive to impose “nationalist and Christian” values ​​on the University of Theater and Cinematographic Arts in Budapest, with the appointment of a rector aligned with his thinking, but he faces resistance. For more than a month, students have blocked the entrance to the campus and threatened not to stop until the university regained its autonomy. Yesterday, with torches, thousands of students took to the streets against autocratic advances in education.

Not infrequently, the degradation of the rule of law, such as that experienced by Hungary, happens little by little. Ten years ago, the country was classified by the NGO Freedom House as a “consolidated democracy”. Today, his government is seen as a “transitional or hybrid regime”, that is, with weak institutions and facing substantial challenges to the protection of rights and freedoms.

In Warsaw, the shift towards autocracy is less pronounced, but the warning is on. In 2020, Poland’s ranking was downgraded from “consolidated democracy” to “semi-consolidated democracy”, a category that includes nations with weaknesses in the defense of political rights and civil liberties.

Launched in September, the EU’s first report on the rule of law in Europe was particularly critical of Warsaw, more susceptible to international pressure than Budapest. Since the Law and Justice Party (PiS) came to power in 2015, there are great concerns about the authoritarian march in the country.

The June presidential elections made it clear that the PiS platform is not unanimous: Duda, the party’s ally, was re-elected with 51% of the vote, against 49% of his centrist opponent. For Ben Stanley, a professor at the University of Social Sciences and Humanities in Warsaw, the result does not necessarily point to a weakening of PiS, but rather to the great polarization of the Polish population.

The power struggle is present even in the governing coalition in Parliament, which was on the verge of collapse in September. There is a power struggle between PiS Prime Minister Mateusz Morawiecki and the leader of the United Poland minority party, Zbigniew Ziobro, who opposed legislation promoted by Law and Justice.

Both compete for the political capital of Jaroslaw Kaczynski, leader of PiS and considered the de facto commander of Poland. To appease the crisis and prevent an election, Kaczynski joined the government as vice-premier. Another change included the appointment to the Ministry of Education and Science of Przemyslaw Czarnek, who has said he believes “gay people are not the same as normal people”.

– Kaczynski has always been in control, behind the scenes, without having any formal responsibility in the government. Now you will be legally responsible for your actions, ”said Stanley.

In Hungary, there are also no signs of transition: the “cultural era” that Orbán seeks to promote, based on Christian, patriotic values ​​and national identity, remains firm. In urban centers, the government loses popularity – Budapest elected an opposition mayor in 2019 – but support remains strong within the country. The pandemic and the consequences of the crisis it has triggered, however, represent an unprecedented challenge.

“In 2022, when we have the next parliamentary elections, it will be the first time that Orbán will have to campaign in unfavorable economic conditions,” said Bíró-Nagy. – Potentially, the crisis can affect the legitimacy of your government before the electorate.

Extreme right in check: 55% of refugees who arrived in Germany in the 2015 crisis are employed

Another cause for concern is the result of the American elections on the 3rd. A defeat by President Donald Trump could be a blow to his European allies – Orbán has already declared his support for the Republican.

For Bíró-Nagy, a victory by Joe Biden would change the dynamics between the two countries, but probably without altering the US geopolitical interests in the region, including the reduction of Russia’s European energy dependence.

In Poland, which signed a defense agreement with Washington to increase the presence of American soldiers in the country, the picture is similar. A NATO member like Budapest, Warsaw had been pushing for the deal for years, seen as an additional safeguard against Russia’s power.

“There was a clear attempt by the government to cultivate Trump, just like in Hungary,” Stanley said. – The relationship will not be so easy if Biden wins, but they will try their best to change the tone and cultivate a relationship.

Strasbourg:Europe is ‘fucked up’ if Parliament only meets in Brussels, says Macron

Hungary – One year after he came to power in Hungary in 2010, Premier Viktor Orbán took advantage of the majority in Parliament to implement, with little debate, a new constitution that reduces the balance between powers. The government forced judges to retire and expanded the Constitutional Court with allies. The new electoral legislation facilitated the formation of parliamentary super majorities.

Since then, Orbán, at the head of the Fidesz party, has pursued immigrants, fired critics and attacked press freedom, undermined independent vehicles and strengthened the state media. It also imposed restrictions on foreign NGOs. The government changed curricula and violated academic freedom to promote its ultra-nationalist agenda. In 2019, Orbán suffered an electoral setback when the opposition won the Budapest City Hall.

Context: With a pandemic, Macron changes his speech to occupy left and right spaces

Poland – After joining a coalition government between 2005 and 2007, the Law and Justice Party (PiS) returned to power in Poland in 2015, this time in a majority. Since then, the balance between the Powers has weakened, with reforms that have increased political influence in Justice. This week, a decision by the Constitutional Court to further restrict the right to abortion in the country sparked massive protests in Warsaw. Legislative changes also seek to increase government power in electoral bodies.

The government recently indicated that it plans to change rules for the operation of the foreign press. It also limits the work of NGOs and attempts to criminalize the LBGT community. Like Hungary, Poland has already been triggered based on Article 7 of the EU Treaty, which could lead to the suspension of voting rights in the bloc.

PiS was again the most voted in the 2019 parliamentary elections, but lost a majority in the Senate.

These were the details of the news Continued erosion of democracy in Hungary and Poland causes stalemate in... for this day. We hope that we have succeeded by giving you the full details and information. To follow all our news, you can subscribe to the alerts system or to one of our different systems to provide you with all that is new.