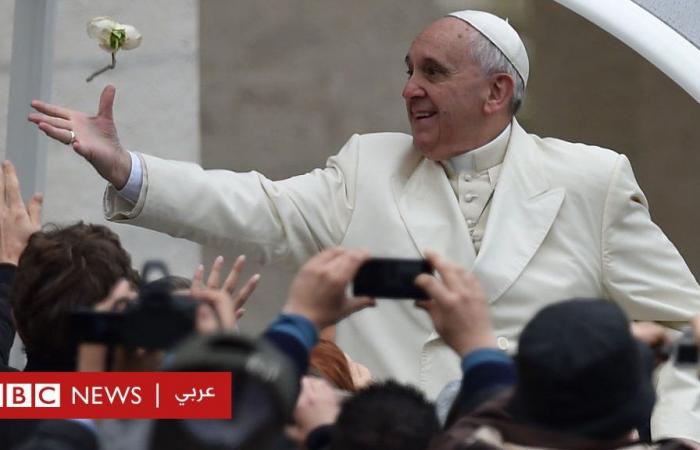 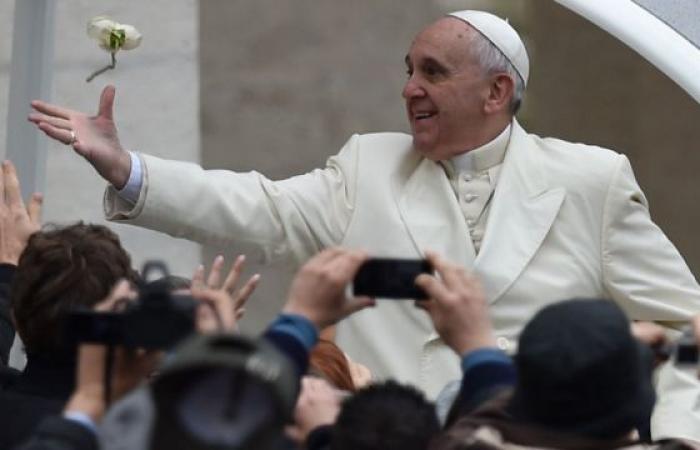 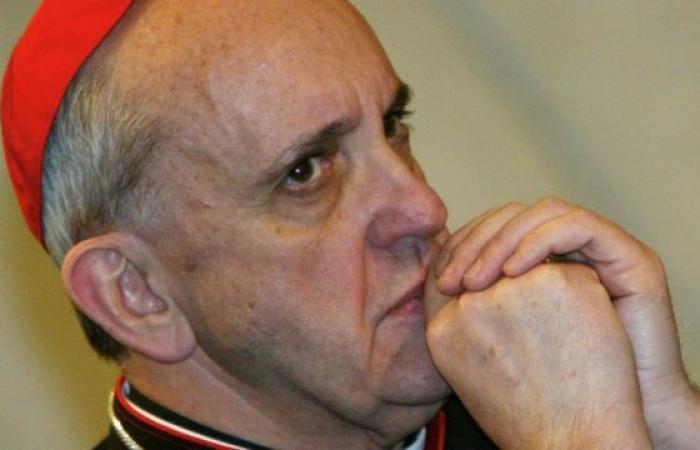 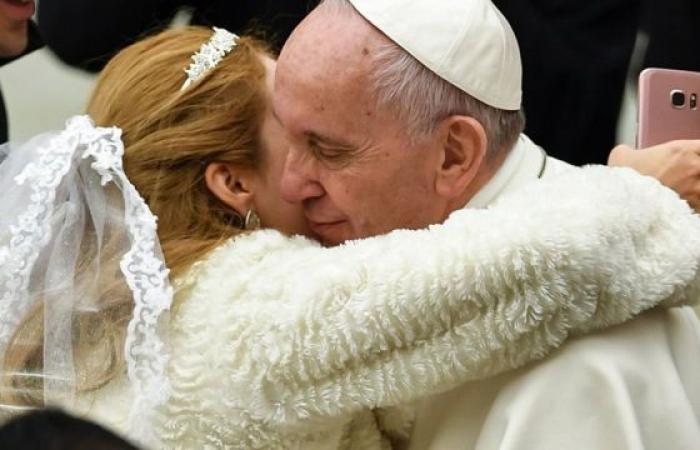 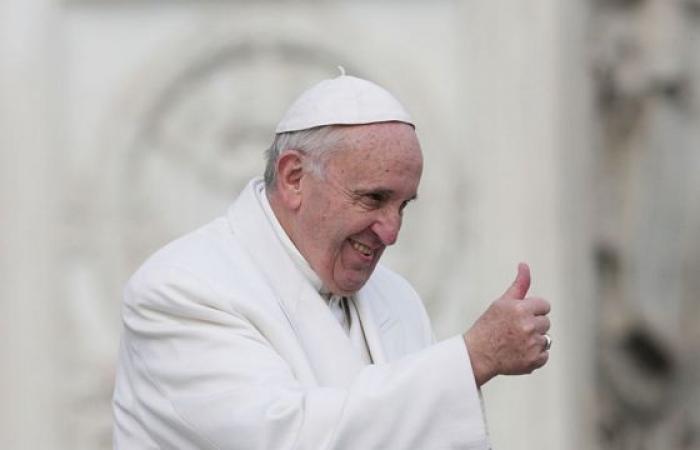 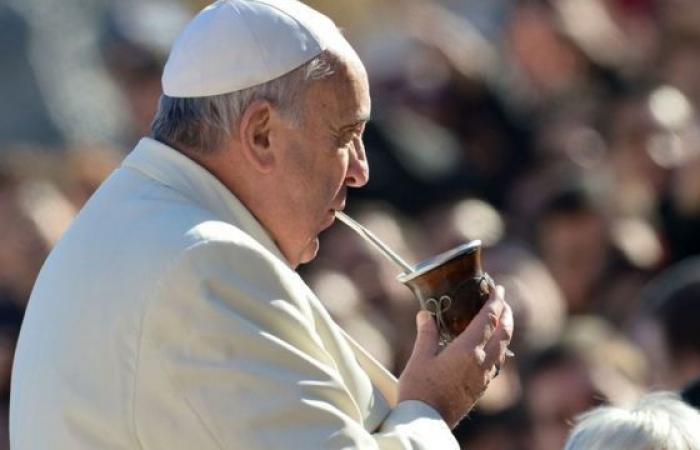 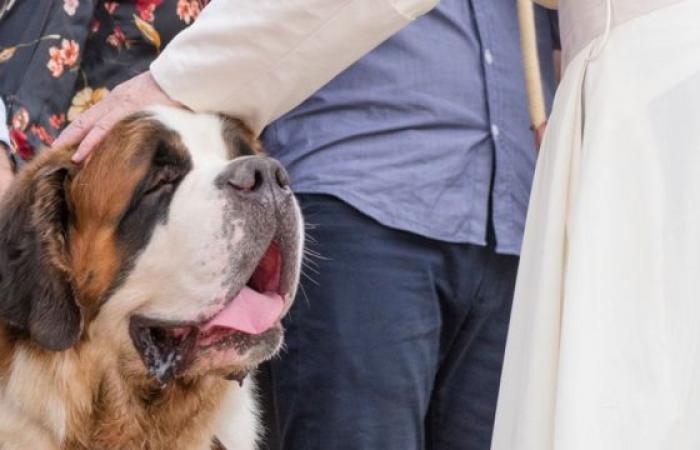 It is no longer a secret that Pope Francis’ “progressive” positions embarrass conservative currents in the Catholic Church. The recently quoted statement about the “gay right to a family” came to provoke his opponents.

American Cardinal Raymond Burke, known for his “negative” attitudes toward Pope Francis, did not hesitate to openly criticize the Pontiff, saying that what he was quoted as “confuses Catholics and baffles them.”

In turn, the American Bishop Thomas Tobin said that the Pope’s statement contradicts “the teachings of the Church about the union of persons of the same sex, and the Church cannot support acceptance of immoral relationships,” as he put it.

The Pope’s controversial statement spread in the media two days ago, after the presentation of a documentary entitled “Francesco” at the “Rome Film Festival”, dealing with the position of the Argentine Pope on the current crises in the world.

In one excerpt, Francis says: “Homosexuals have the right to be in the family. They are children of God. They have the right to belong to their families. Nobody can be expelled from the family or make their lives miserable for a similar reason. There should be legislation for civil partnerships, and so they have coverage. Law”.

The media differed regarding the accurate translation of this speech from the language of the original, but it is certain that this is the first public statement of the head of the Church, which does not include a negative stance on gay association, whether he intended their right to found a family, or their right to belong to their families in which they were born.

Before he reached the head of the church in 2013, Cardinal Jorge Bergoglio was Patriarch of Buenos Aires, when Argentina was the first country in Latin America to allow same-sex marriage in 2010.

Observers convey his positions during that stage, that he opposed gay marriage, but he agreed to civil partnerships between them as a framework for arranging their legal status.

Analysts believe that the position of Francis, who occupied the world during the past two days, is not new, although his burden is stronger because he divorces him as a pope, not as a bishop.

Knowing that the sentence in the documentary film “Francesco” came during an interview that the Pope had with a Mexican television in 2019, but it was not broadcast, but rather, the Vatican team cut it from the interview tape before delivering it to the channel.

According to “The New York Times,” documentary film director Genny Avinevsky had access to the Vatican archive, and he won the “Grand Prize”, by using that old excerpt in his film.

Some analysts believe that the Russian-born director, who holds dual American and Israeli nationalities, may have intended not to clarify directly the source of the old interview, in order to achieve media fanfare.

“Marriage belongs to a man and a woman”

This is not the first time that the world has become preoccupied with the positions of Pope Francis, who appears to be a religious figure from a different fabric, embodying with her performance a break with the rigid and conservative legacy of the Church.

His statements about gay embrace often confuse him about the difference between his personal stance and that of the church as an institution. However, if we go back to the official teachings of the Catholic Church, we will find that the Pope’s position does not explicitly contradict it, but rather interprets it in a “tolerant” manner towards a social group that is opposed and rejected.

The booklet for the teachings of the Catholic Church can be found on the official website of the Holy See in all languages, including Arabic. The third chapter, entitled “Life in Christ”, deals with topics such as marriage, family, happiness, and freedom.

He points out that the goal of marriage and the family “is the good of the spouses and the procreation and upbringing of children,” and that the family consists of “a man and a woman united by marriage with their children.”

In a paragraph entitled “Chastity and Homosexuality,” the teachings indicate that attraction to persons of the same sex is “dangerous corruption,” and that “it is inconsistent with the natural law because it blocks the sexual act on the gift of life.”

Official teaching considers homosexual tendencies a “trial”, calling them to chastity, and urging “to accept them with respect, compassion and kindness, and to avoid every sign of unjust discrimination towards them.”

In his last statement, the Pope did not address the issue of marriage, nor the issue of chastity. Rather, he referred to what some Catholics might see as one of the solutions of “mercy” towards a socially marginalized group, by granting them legal cover, through man-made legislation.

In church teachings, marriage is a sacrament, in Lant traditions that have not changed for hundreds of years. As he knows, the Church asks her followers to be chastity and to abstain from sex outside of marriage. It also forbids divorce, except in very special cases, and it is called “nullity of marriage.”

The Catholic Church is strict in everything related to the family, and is one of the most prominent opponents of birth control methods and abortion, and this also represents the position of many conservative and religious currents in Europe and the United States.

The statements of the Pope, his press interviews, or his theological interpretations do not constitute an indication of a change in the ecclesiastical teachings, but in the case of Francis an indication of his adoption of a different approach to these teachings.

Catholicism distinguishes between untouchable doctrine and interpretable doctrines. The so-called “Council of Faith and Faith” is concerned with preserving the doctrine and “protecting it from heresy”, and is considered the oldest institution of the Church as it was founded in the year 1542.

Creed means the basic Christian faith, and history has witnessed bloody periods, before agreeing on a unified belief. Among the doctrines that do not touch the sacraments of the Church, including baptism, marriage and priesthood.

As for the teachings, they may shift and soften according to the age, as historians notice the difference in the Church’s position over time on issues such as slavery, religious freedoms, birth control, some medical tests, sciences of all kinds, and even the recognition of the salvation of followers of other religions that was adopted in the Second Vatican Council in 1962. .

The Pope cannot make changes in doctrine, but the First Vatican Council in 1870 recognized what is known as “papal infallibility.” This does not mean that he is infallible as an individual in his own right, but that he “obtains the inspiration of the Holy Spirit when he speaks on behalf of the Church, and when he acts as a shepherd and teacher of Christians.”

This doctrine is applied in specific situations, as it requires that the decision of the Pope be issued by the “Holy See”, that is, the seat of Saint Peter, the disciple of Christ, who considers the popes his successors, and that he obtain the advice of the ecumenical councils and bishops. It does not mean issuing new doctrines, but rather an interpretation of what is fundamentally fixed in faith.

As in all religious institutions, intellectual currents clash and conflict in the heart of the Church, and the background of each Pope plays a role in his performance. Pope Francis was the first non-European pontiff to rule the Vatican state for a thousand years.

In addition, Cardinal Bergoglio grew up in Latin America and imbued him with the legacy of poor-minded liberation theology. He is also a Jesuit, meaning that he belongs to a current of thought that focuses on showing piety and faith through doing good, rather than doctrinal preaching.

Pope Francis’ exceptional image differs from that of his predecessors, because it appears to be more open and tolerant. Some of his opponents in the church may see him as flirting with “liberals” and making concessions at the expense of “righteous” doctrine, as they put it.

His supporters argue that the “righteous doctrine” in Christianity means softness and not firmness, and softness and not coarse. In all of his sermons, Francis focuses on love, tenderness, tender, and compassion, and that, according to some commentators, is the essence of the Christian message.

The American writer William Salitan believes in “Slate” that the Pope’s stances on gay people, the family and other issues that are described as “liberal” do not mean that he is interested in these topics, but rather that he is trying to “get rid of them”, to make room for matters that really matter to him, such as immigrants. , Workers, prisoners, and the homeless.

It is true that Pope Francis takes advanced stances to give Catholicism a benefit outside of conservative circles, but his priorities are elsewhere, specifically in the role the church can play in helping the poor, achieving social justice, and combating climate change.

These were the details of the news Homosexuality and Religion: Pope Francis’ stance on homosexuals embarrasses conservatives for this day. We hope that we have succeeded by giving you the full details and information. To follow all our news, you can subscribe to the alerts system or to one of our different systems to provide you with all that is new. 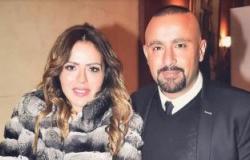