Lisa Marie Presley: – Breaks the silence after the son’s death 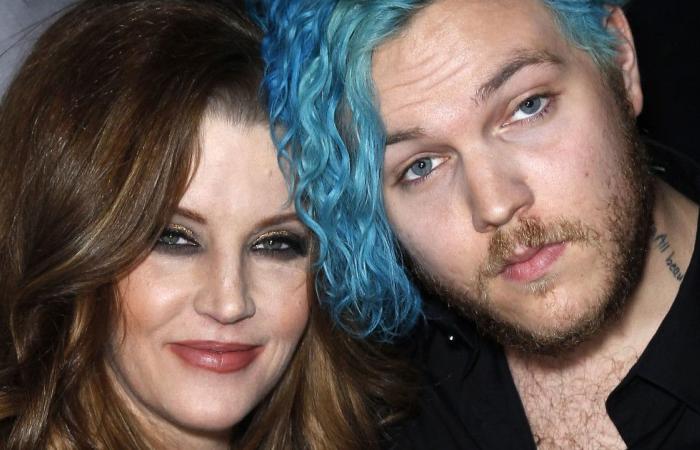 On July 12, the tragic news came that Benjamin Keough, the son of actress Lisa Marie Presley (52) and the granddaughter of Elvis Presley, had passed away at the age of 27.

– She is completely crushed, inconsolable and beyond crushed, but tries to stay strong for her 11-year-old twins and her eldest daughter, Riley. She adored that boy. He was the love of her life, Presley’s manager Roger Widynowski said in a statement, according to USA Today.

Shortly afterwards, the cause of death became known, and the Los Angeles Department of Forensic Medicine announced that Keough had taken his own life.

Since his son’s death, however, Presley has remained silent until now. In a post on Instagram on the occasion of what should have been Keough’s 27th birthday earlier this week, she breaks the silence.

“My beautiful, beautiful angel. I adored the ground you walked on this earth, and now in heaven. My heart and soul are with you “, she initially writes to a picture of her son wearing a birthday hat, sitting in front of a birthday cake with lit candles.

Furthermore, she describes the pain she is left with as suffocating and bottomless.

‘I will never be the same again. Please wait for me, my love, and hold my hand while I stay here to continue to protect and raise your little sisters and be here for Riley. I know you would have liked that “, she continues.

In conclusion, she congratulates her son on the day, and points out that he was far too good for this world.

Benjamin Keough was Presley’s second child with musician Danny Keough (55), with whom she also has a daughter, Riley Keough (31).

The latter has also shared a post on Instagram on the occasion of his deceased little brother’s birthday.

“Congratulations on your day beautiful angel”, she writes to several photos of the two together on different occasions.

Shortly after the news of the death became known, grandmother Priscilla Presley (75) opened up about the painful loss.

“These are some of the darkest days in the family’s life. The shock of losing Ben has been devastating. Placing all the pieces of “why” together again has penetrated my soul. Every day I wake up and hope it will get better “, she wrote in a post on Facebook, and continued:

‘But, then I think of my daughter and the pain she goes through as a loving mother. Ben’s father, Danny, who is completely lost since Ben was his only son. Riley, who was so loving and close with him; Harper and Finley, who certainly admired him. Navarone who is struggling with loss and death. Rest in peace, Ben, you were loved ».

The above-mentioned Riley, and the twins Harper and Finley (12) are Benjamin’s siblings. Keough’s parents were, as mentioned, Danny Keough and Lisa Marie Presley, the latter being Elvis and Priscilla’s only child together.

Navarone Garibaldi (33) is Priscilla’s child from her relationship with screenwriter Marco Garibaldi (65).

Music legend Elvis Presley died in 1977 of a heart attack. He was then 42 years old. Nicknamed “The King of Rock and Roll”, he is still considered one of the greatest entertainers of our time.

He and Priscilla met in what was then West Germany when the latter was only 14 years old. Elvis was then 24 years old. In 1967, the couple married, and nine months later they could welcome their daughter Lisa Marie Presley into the world. The couple divorced in 1973, after about twelve years together.

These were the details of the news Lisa Marie Presley: – Breaks the silence after the son’s death for this day. We hope that we have succeeded by giving you the full details and information. To follow all our news, you can subscribe to the alerts system or to one of our different systems to provide you with all that is new.