Black Holes comes of age with the recognition of Penrose, Genzel,... 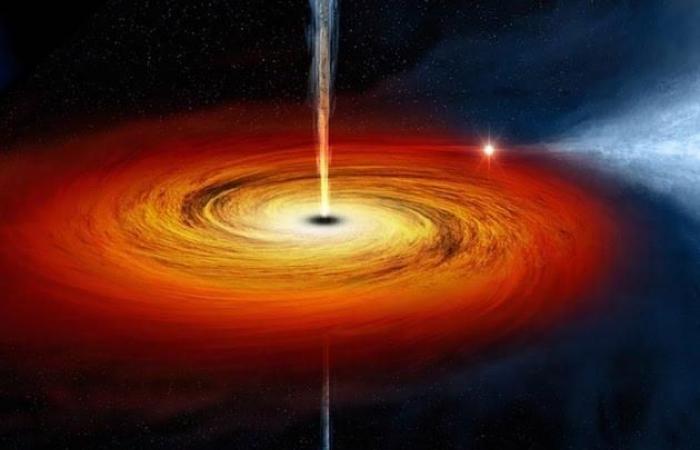 The 2020 Nobel Prize in Physics was shared by Roger Penrose, the mathematical physicist, for his work on the theoretical basis of black holes, and astronomers Reinhard Genzel and Andrea Ghez, who led independent teams, for verifying the existence of such a black hole in the Center of our Milky Way.

Penrose showed that the consequence of Einstein’s general theory of relativity is the formation of black holes, not only in collapsing stars but also in certain dense regions of space. Such black holes capture everything: nothing can come out, not even light. Genzel and Ghez and their respective teams independently demonstrated, by following the trajectory of a star, that a super-heavy object – about 4 million solar masses – exists in the center of the Milky Way. Ghez is the fourth woman to win a Nobel Prize in Physics. The first is Marie Curie, who won in 1903.

The Nobel Prize has accepted a halo it doesn’t deserve. Alfred Nobel paid blood money to make dynamite, which added to the horror of the war. But it is still viewed as the touchstone of greatness in the sciences, even if its value declines in peace and literature, which are far more politically guided. How else do we explain Kissinger’s 1973 Peace Prize and Churchill’s 1953 Literature Prize?

There are two Indian links to black holes. The first is through physics. It was Subrahmanyan Chandrasekhar, an Indian physicist who had shown in 1930 that a star larger than 1.4 times the solar mass would not stop collapsing. Chandrasekhar was the nephew of CV Raman, India’s first Nobel Prize winner in physics. Chandrasekhar received the Nobel Prize in Physics in 1983. He moved to the United States in 1936 and became an American citizen in 1953. Below the mass now known as the Chandrasekhar limit, the star would become a white dwarf. If the star’s mass were higher, he wasn’t speculating about what would happen.

We now know that it would explode in a supernova and then collapse with its atoms, which are pushed into the core-sized spaces and form a neutron star. or never stop collapsing, creating a black hole.

The second and unfortunate Indian connection is the emergence of the term black hole. It is now known that Robert Dicke and John Wheeler, both physics professors at Princeton University, were the first to coin the term black hole for the gravitational collapse of a star that creates a singularity. And Dicke’s family remembers his use of the term black hole when he couldn’t find something in the house and asked if it had disappeared into the Calcutta black hole. The Calcutta Black Hole, as we know, was a grossly exaggerated myth that a number of English soldiers and European employees of the East India Company were locked in a small prison room with two small windows, and some of them were killed from suffocation. The numbers claimed by the East India Company at the time have been disputed by a number of historians but justified mass killings, looting and the seizure of land that eventually became the British Empire in India. It overshadowed the countless colonial massacres perpetrated by the British and the devastating famine that accompanied British rule.

Einstein’s general theory of relativity, formulated in 1915, prompted Karl Schwarzschild, an astronomer who served in the German army during World War I, to publish a solution to Einstein’s field equations that showed that matter and energy would cross a certain limit space-time, to collapse on itself and create a singularity or black hole. The outside world would feel its gravitational effect, but no mass or even light could escape from such a black hole.

Although Einstein’s general theory predicted the possibility of black holes, even Einstein didn’t really believe they could exist. A major objection to black hole formation was that the collapse had to be symmetrical, and it was argued that no collapse could be perfectly symmetrical and therefore black hole formation was a distant possibility. Penrose showed, using a mathematical topology he developed known as the Penrose Transform, that his approach, unlike other derivatives for black holes, did not require perfect symmetry of the collapsing matter. Using general relativity, Penrose showed that the only requirement was that there was sufficient density of matter in a given space, and that this condition was sufficient for a black hole to form.

Such a theoretical derivation is insufficient for physicists; Physics needs experimental evidence to confirm a theory. At least theory alone is not enough for the Nobel Prize and the Swedish Academy, which prefer experimental physics to theory. This was the argument against awarding the Nobel Prize to Einstein, although the reasons went much deeper.

Einstein had become world famous for turning the familiar world of Newtonian physics upside down. Despite his worldwide fame, he had enemies both in Germany and in academia because of his opposition to World War I, his radical views including socialism, and the fact that he was Jewish. The prevailing orthodoxy in physics, including the Nobel Committee, dismissed Einstein for all of these reasons, arguing that Einstein’s theories were only theories and that there was no experimental evidence.

To end this argument, the English astronomer Arthur Eddington proposed an experimental review of the theory of relativity in 1919. If a massive object curves space around itself because of its mass, it should be possible to observe that curvature by measuring the starlight that passes close to the sun during a solar eclipse. Eddington did this during a 1919 solar eclipse and was able to show that the results were in close agreement with the predictions of Einstein’s general theory of relativity. The Times of London declared, “Revolution in Science: New Theory of the Universe,” wrote a New York Times headline: “Lights All Askew in the Heavens.” Einstein became a rock star in physics, a stature unmatched by any scientist.

But even that didn’t win him the Nobel Prize in 1920 and 1921. The science historian Robert Friedman wrote in his book The politics of excellence that the Nobel Committee “could not stand a political and intellectual radical who – it was said – did not carry out experiments, crowned the climax of physics”. The 1920 Prize went to a memorable discovery of an inert nickel-steel alloy, and in 1921 the Nobel Prize was not awarded. Until then, it was possible for the committee to deny Einstein, even if it meant that no one would receive the award. Finally, Einstein was awarded the 1921 Nobel Prize in 1922, not for the theory of relativity, for which he was most famous, but for discovering the photoelectric effect – the discovery that light also behaves as a particle – Einstein had made in 1905. It was also the same year that he published the first of his relativity papers on special relativity.

Penrose’s work had laid a solid mathematical foundation for black holes and at the heart of such a hole a Space-time singularity. Stephen Hawking developed this concept using general relativity to show that if we projected time into the past, we would find that the the entire universe started with one of those Singularity in timeor a big bang. Penrose and Hawking worked together in the 1960s, and their work was widely acclaimed for uncovering the origins of the universe. Although Hawking achieved cult status as perhaps the most famous physicist after Einstein, he never received the Nobel Prize. Penrose’s Nobel Prize for the space-time singularity is perhaps an embarrassed bow to Hawking for the Nobel Prize he never received.

Theories in physics open up opportunities to understand our universe. But without experimental verification, there is still a nagging doubt in the minds of the Nobel Committee that some new phenomena might contradict the theory. The search for experimental verification is therefore seen as the supposed gold standard in physics. And when it comes to astrophysics, proving theories with experiments on stars that would have to be observed from light years away is a daunting task. Because of this, it took more than 50 years for Chandrasekhar’s Nobel Prize to be awarded, Penrose’s 55. And since Nobel Prizes are not awarded posthumously, physicists like Hawking are never recognized for their notable contributions.

An observation that confirms the existence of a super-heavy object that does not emit energy would confirm Penrose’s prediction of a black hole. This is what Genzel and Ghez achieved and found that the Milky Way, like most galaxies, has a massive black hole at its center. Dr. Andrea Ghez is a professor at the University of California at Los Angeles and Dr. Genzel, Director of the Max Planck Institute for Extraterrestrial Physics in Garching. Ghez’s team used the Keck Observatory in Hawaii, while “Genzel’s group in Chile used telescopes operated by the European Southern Observatory (ESO).” Both teams have been in “competition” for some time and have received many awards together. In this case, it was about tracking stars near the galactic center of the Milky Way. Both teams tracked the same star, named S02 by Ghez’s team and S2 by Genzel, which had a very short orbit around the center of the Milky Way of only about 16 years compared to the Sun’s orbit of 200 million years. The results of both teams, who have used different telescopes and data sets for decades, have shown that they are very much in agreement that a super-heavy object with a mass of around 4 million suns lies at the center of our galaxy. In the fixed language of the Nobel Committee it says: “A solid interpretation of these observations is that the compact object in the galactic center is compatible with a supermassive black hole.”

We are far from Einstein’s theory of relativity and Chandrasekhar’s star collapse. Let me end with Chandrasekhar’s Nobel Speech, quoting the only Nobel Prize winner in literature from India, Rabindranath Tagore:

“Where the mind is fearless and the head is held high;

Where knowledge is free;

Where words come from the depths of truth;

Where tireless pursuit stretches out its arms to perfection;

Where the clear stream of reason has not lost its way into the desolate desert sands of dead habit;

Let me wake up to this heaven of freedom. ”

This article was produced in collaboration between Newsclick and Globetrotter. Prabir Purkayastha is the founding editor of Newsclick.in, a digital media platform. He is an activist for science and the free software movement.

These were the details of the news Black Holes comes of age with the recognition of Penrose, Genzel,... for this day. We hope that we have succeeded by giving you the full details and information. To follow all our news, you can subscribe to the alerts system or to one of our different systems to provide you with all that is new.