Iran confirms that a drone fell inside its territory as a... 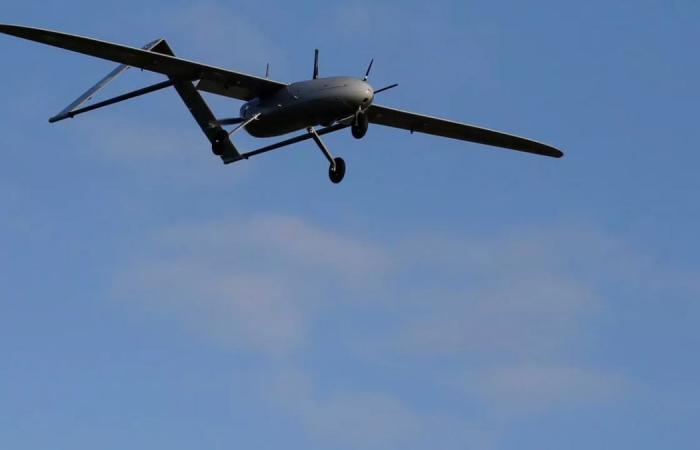 Today, Tuesday, a local Iranian official announced that a drone had fallen inside Iranian territory, as a result of the ongoing military clashes between the armies of Armenia and Azerbaijan in the region.Nagorno Karabakh”.

Ali Amiri Rad, the governor of the “Khadakafrin” region in East Azerbaijan province, told the official news agency IRNA that “a drone crashed this morning, Tuesday, in this region due to the clashes in Karabakh.”

Amiri Rad indicated that there were no casualties due to the crash of the drone, pointing out that “military experts are looking into the identity of the plane and the area from which it was launched before it fell inside Iran.”

The agency noted in its report that more than 60 rocket-propelled grenades have fallen in the “Khadafrin” area and its environs, since the start of the military clashes in Karabakh until today.

The Iranian Foreign Ministry had warned, in more than one statement, of neighboring Armenia and Azerbaijan, after the fall of several shells as a result of the ongoing war between them to control Nagorny Karabakh, wounding a person on the Iranian side of the border.

Yesterday, Monday, the UN Security Council called, during a closed meeting, of Armenia and Azerbaijan to respect a new truce that they had agreed to in Nagorny Karabakh, after reports of renewed clashes between Baku and Yerevan and the violation of the truce.

These were the details of the news Iran confirms that a drone fell inside its territory as a... for this day. We hope that we have succeeded by giving you the full details and information. To follow all our news, you can subscribe to the alerts system or to one of our different systems to provide you with all that is new.