Peter Madsen was hired as a hostage – VG 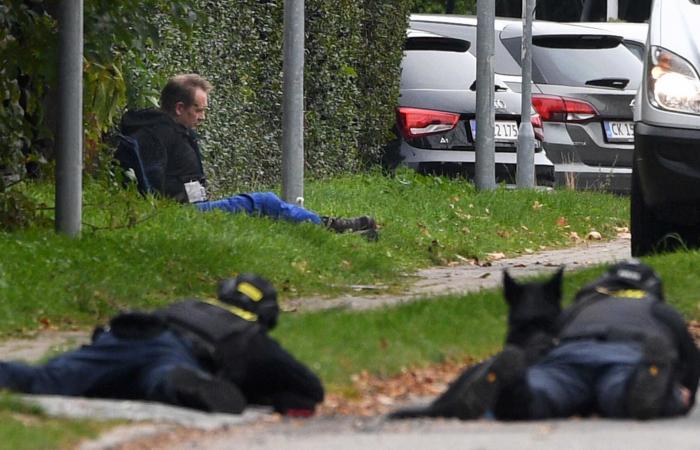 This is confirmed by the chairman of the prison association in Denmark, Bo Yde Sørensen, to Ekstra Bladet. He further states that it is a question of a female, civilian employee.

– The weapon looked real, so the prison guards at the gate did not dare take any chances in relation to the hostage, which they considered to be in danger of death. They choose to shut him out of the gate. It is a decision I support. We will not risk anyone being killed and then we must find the person afterwards, he says to the newspaper.

Convicted murderer Peter Madsen was arrested on Tuesday after an escape attempt from Herstedvester prison. Madsen is said to have recovered 4-500 meters from the prison before he was eventually arrested.

Ekstra Bladet and other Danish media have written that Madsen threatened with a bomb, but this has not been confirmed. The photo published in Ekstra Bladet shows that Madsen has what is reminiscent of a bomb belt around his waist.

Police cordoned off a large area around the site. Danish police moved out with both snipers, bomb squad and command center.

Pictures from the place show two snipers lying on the ground and watching Madsen sitting next to a bush, in the middle of a residential area.

In 2018, Madsen was sentenced to life in prison for the abuse and murder of Kim Wall, a Swedish journalist who was invited on a trip in the submarine Madsen had built himself.

Madsen himself has only admitted to having parted the body of Wall, and believes he acted in panic. He has explained that she died as a result of poisoning on board the submarine.

In a recent documentary from Danish Discovery Networks, Madsen, on the other hand, confesses to having been behind the murder.

– It has nothing to do with whose fault it is. It’s my fault she died. And it’s my fault, because I committed the crime. It’s all my fault, he says in a telephone conversation with a journalist in the program “The secret recordings” on Discovery.

The case is continuously updated.

These were the details of the news Peter Madsen was hired as a hostage – VG for this day. We hope that we have succeeded by giving you the full details and information. To follow all our news, you can subscribe to the alerts system or to one of our different systems to provide you with all that is new.