“Societe Generale” closes a customer’s accounts and deprives him of his... 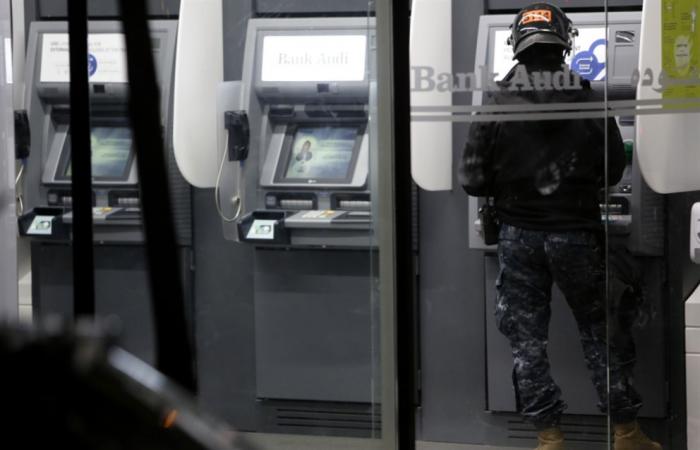 Whoever is not convinced yet that the government in Lebanon is for the banks, he should review his accounts. Every day, there is new evidence that banks control all aspects of people’s lives. By the sustenance of their livelihood, the education of their children, their regulated salaries, and the collection of their fatigue, which they collected for a Syrian pound, the banks try to take it all at once. In short, what banks are doing today, and what they have been doing since the beginning of the financial-economic crisis, is the violation of the rights of depositors by unlawfully depriving them of their money. Day after day, it is consolidating its role in “controlling” the rights of depositors, through uniqueness in taking decisions and forcing them to submit to them, regardless of the legality of those decisions.In the last of those chapters, what the Société Générale de la Mer (Chtoura branch) did against his “customer” 12 years ago, Ali Deeb Al-Sahili, decided to “cut off any banking relationship” with the man after winning a lawsuit against the bank that allowed him to transfer what was worth 4,000 A dollar from his frozen account to the account of his student son at a Ukrainian university!
Officials in the bank were “expelled” from the Sahel, so they decided to punish him by severing that relationship, which led to his being deprived of his retirement pension for two consecutive months, which is approaching today the third month while refraining from giving him a “clearance” that allows him to open an account in another bank.
The story began two months ago, when Sahili gave up on “peaceful” attempts to persuade the bank to agree to transfer a sum of money to his son to register at the university and pay the rent for the room in which he lives. He had only found recourse to the judiciary by filing a complaint before the Judge of Urgent Matters in Zahle to release part of the frozen retirement compensation in the bank and send it to his son. After presenting the necessary documents “from the application for registration to the application for residency and a letter from the Lebanese embassy in Kiev”, the judge issued his “urgent” decision obliging the bank to “transfer four thousand dollars from the account of the plaintiff, Ali Deeb Al-Sahili to the account of his son Hussein, immediately and under penalty of a coercive fine of 10 million pounds for each day of delay in implementation ». In the text of the decision, the judge considered the bank’s decision an infringement of legitimate work rights, which necessitates “removing this violation.” He stressed that the transfer of funds, whether domestic or international, is self-evident, as it is considered one of the usual services that banks are supposed to provide to their customers, according to national and international norms. It is, therefore, not a service that it provides, but rather a part of its duties towards its customers. In the case of Al-Sahili, the bank violated his rights as a customer, especially since he has in his account nearly 60 thousand dollars while refraining from transferring 4 thousand of them to his son’s account.

As for the third and most important reason, it is that the bank’s failure to fulfill its duty has harmed the third party, which is the son of the summoner, by “depriving him of the ability to continue his school year and pay the rent and living expenses.”
This decision was issued on July 24, and on last August 14, the bank sent a letter to Al-Sahili, informing him to cut off his relationship with him due to “the case against our bank (…) to compel him to forcibly transfer (in US dollars) to your son abroad based on facts and arguments. Wrong legal ». Accordingly, the bank decided, on its own, “to close all accounts opened in your name and liquidate them after canceling all payment messages associated with them, including – but not limited to – bank cards (…)”. “We also ask you to go to our bank branch in Chtaura in order to receive the original check assigned to you, with a value of sixty thousand nine hundred and nineteen dollars and sixty-six cents.”
After refraining for two consecutive months from receiving the check “which does not dissolve nor bind,” Al Sahili bowed in the end in order to obtain a clearance. However, the accounts of his field did not match the accounts of the “Société Baidar”, who refused to hand him the clearance, which prevents Al-Saheli from opening any account in another bank, and what also means that the fate of his son “will be expulsion with a warning from the university.”

These were the details of the news “Societe Generale” closes a customer’s accounts and deprives him of his... for this day. We hope that we have succeeded by giving you the full details and information. To follow all our news, you can subscribe to the alerts system or to one of our different systems to provide you with all that is new.