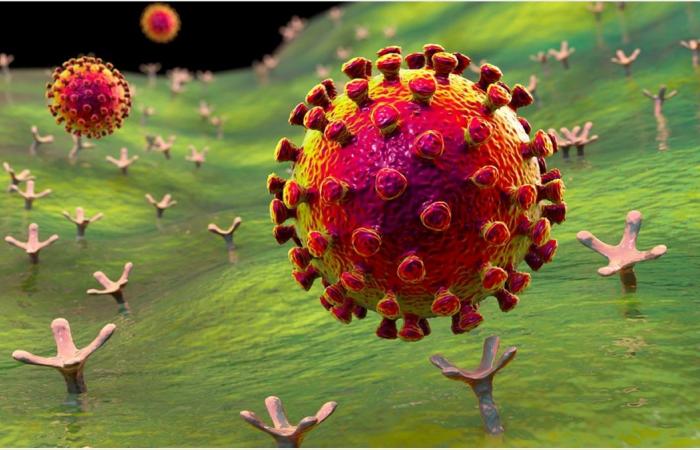 Researchers studying young obese mice found that the expression of ACE2, a receptor in host cells that binds to coronavirus 2 (SARS-CoV-2) with severe acute respiratory syndrome, is higher in the lungs and trachea of ​​obese mice . The finding could partially explain why obesity is a high risk factor for COVID-19.

Given the continued spread of COVID-19 by the SARS-CoV-2 virus, several studies have highlighted the risk factors for the severity of the disease and death. One of these factors is obesity.

How exactly obesity affects the progression of the disease is still a matter of debate. Studies suggest that lung function may have changed due to obesity, vascular health, or a change in the immune system.

The SARS-CoV-2 virus infects host cells by binding to the angiotensin converting enzyme 2 (ACE2) on the surface of the host cell. This is believed to be facilitated by the host cell’s expression of the serine protease TMPRSS2, which cleaves the spike protein for entry. ACE2 and TMPRSS2 are both expressed in different cell types in humans, such as: B. Heart, lungs, kidneys and liver.

Since the virus primarily affects the airways, it is believed that the main route of the virus is via the airways.

Published in a new study on the preprint server bioRxiv* In October 2020, researchers from the Johns Hopkins University Medical School hypothesized that obesity alters ACE2 and TMPRSS2 expression in the lower airways, which could increase the risk of developing COVID-19. In addition, they studied both male and female mice to understand the differences in the severity and mortality of COVID-19 between the sexes.

The researchers tested their hypothesis on obese mice. They fed male and female mice a high-fat diet, with 60% of their calories coming from fat. After five months of this diet, the mice gained a lot of weight and fat.

They harvested the lungs, trachea, and esophagus from euthanized mice and isolated RNA from these organs. Using real-time polymerase chain reaction (RT-PCR), they tested the concentrations of ACE2 and TMPRSS2.

Real-time PCR tests showed higher expression of ACE2 in the lungs and trachea of ​​the obese male mice compared to the lean mice used as controls. In contrast, TMPRSS2 was reduced in the trachea of ​​obese mice. There was no difference in ACE2 expression in the esophagus of obese and lean mice.

Altered ACE2 expression could increase the risk of COVID-19

In COVID-19 patients with severe symptoms, a higher viral load in the airways is noted and ACE2 and TMPRSS2 levels are thought to play a role in viral load.

A meta-analysis of 75 published studies from more than ten countries in Asia, Europe and America found obesity to be one of the highest risk factors for diagnosing COVID-19, hospitalization and a 48% higher risk of death. Men seem to have about 2.5% higher mortality than women.

The higher ACE2 expression in the trachea of ​​obese male mice compared to lean mice and women could explain the higher risk for obese men. Although obese men have lower levels of TMPRSS2 expression, the virus can use other cellular proteases to invade the host cell.

The authors note some limitations of the study. They quantified ACE2 and TMPRSS2 expression from bulk RNA from whole tissues. Therefore, they did not identify the source cells for their expression.

Additionally, the mice they used in the study were only six months old, which would correspond to young people. However, it has been found that death from COVID-19 is significantly higher in the elderly. Therefore, further studies in older mice are needed to test how age affects the expression of ACE2 and TMPRSS2.

bioRxiv publishes preliminary scientific reports that are not peer-reviewed and should therefore not be considered conclusive, guide clinical practice / health-related behavior, or are treated as established information.

These were the details of the news Obesity Altered ACE2 and TMPRSS2 Expression in Mice: Effects on COVID-19 for this day. We hope that we have succeeded by giving you the full details and information. To follow all our news, you can subscribe to the alerts system or to one of our different systems to provide you with all that is new.