Who is the teacher killed in France after showing Muhammad caricature... 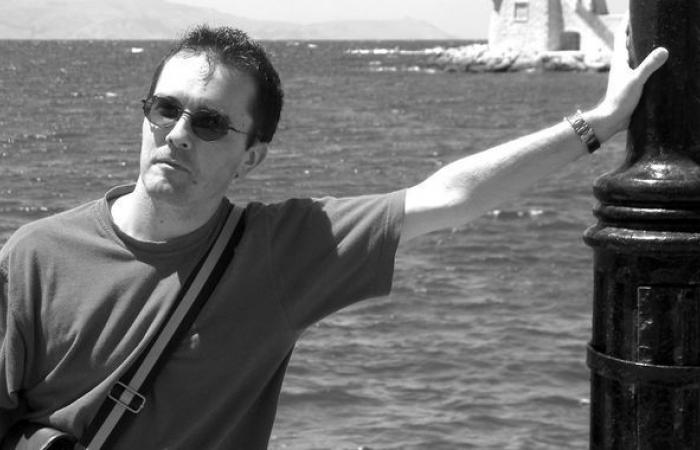 Professor Samuel Paty is beheaded in France after showing a cartoon of Muhammad in the classroom. Students, parents, colleagues and friends described him as a kind man, passionate about the profession

Professor Samuel Paty, a 47-year-old family man, paid with his life for the initiative to show caricatures of the prophet Muhammad in a class on freedom of expression. Shortly after leaving the school where he worked in the small town of Conflans-Saint-Honorine, at around 5 pm on Friday (16), the educator was beheaded by a terrorist, an 18-year-old Chechen man who was outraged by the victim’s attitude in the classroom.

This Saturday (17th), Paty’s students, parents, colleagues and friends described him as a gentle man, passionate about the profession.

The crime shocked the country – the Elysee Palace announced a national tribute to the professor in the coming days. Hundreds of people went to the school and deposited flowers.

The school is located in an industrial district of the city, with 35 thousand inhabitants and about 50 kilometers from Paris. “He got involved in classes, he really wanted to teach us things. From time to time, he promoted debates, we talked, ”says the boy.

“I am destroyed. Samuel Paty was my graduation buddy. He was a brilliant student, a super teacher, a man of dialogue, ”said a former colleague of the victim on Twitter. “I will quote your name and your example, comrade, to everyone who will still want to practice this beautiful profession”, he added.

Small in size, glasses and discreet, the teacher was married and had children. Last week, as he had done on other occasions in recent years, he brought a cartoon of Muhammad, published in the newspaper Charlie Hebdo, to the classroom to explain to students about what is one of the pillars of the French Republic, the freedom of expression. The class had students with an average of 13 years old who were studying the equivalent of the eighth grade of Brazilian Elementary School.

This time, however, the initiative was not well received by everyone. The students report that the teacher asked who was a Muslim in the room and offered them the possibility to withdraw or not to look, if they preferred not to see the drawing. Some left; others are not.

In the hours and days that followed, what happened in that class was the subject at recess. Some parents went further and brought a complaint to the parent-student association. One of them published an indignant video on social media, in which he calls Paty a “bandit”, incites other parents to mobilize against the attitude of the educator and divulges the name of the school. He even went to the police with his daughter to report what he considered an act of Islamophobia on the part of the teacher – who responded by filing a complaint for defamation.

Since then, Paty “has been uncomfortable,” notes Myriam, a 13-year-old student at the school. “There were students saying ‘he is racist’. Other qualifiers circulated, such as ‘Islamophobic’ ”.

Paty “did not do this to create controversy or disrespect the little ones, not even for discrimination”, alleges Nordine Chaouadi, the father of another 13-year-old teenager who describes a teacher as “a supergentile gentleman”.

The police investigate the role of video in the crime, since the perpetrator of the attack was 18 years old and did not study at the scene. The author, born in Moscow and with a refugee visa in France, obtained in March this year, was killed by the police moments after the murder.

“It is very frightening, because now we are all appalled, it is a deep shock. What happened is extremely violent, ”Christine Guimonnet, professor at Pontoise school and general secretary of the Association of History and Geography Teachers (APHG), told RFI.

“What we teach students is to give them the keys: the keys to understanding the world, history, geography. Teaching, in a democratic state, aims to instruct students, develop in them access to knowledge, reflection, reason – whether they are religious or not. When we have different opinions, we should talk, exchange ideas, not slap or kill someone ”, explains the teacher.

“Our teachers will continue to awaken the critical spirit of the citizens of the Republic, to emancipate them from all totalitarianisms and all obscurantisms”, declared the French Prime Minister, Jean Castex, this Saturday. The Minister of Education, Jean-Michel Blanquer, guaranteed that the French State “will be at the side” of the teachers to “protect them and allow them to continue to exercise the profession, the most essential, which transmits to our children the knowledge and values that are our common good ”.

These were the details of the news Who is the teacher killed in France after showing Muhammad caricature... for this day. We hope that we have succeeded by giving you the full details and information. To follow all our news, you can subscribe to the alerts system or to one of our different systems to provide you with all that is new.