The career of Samuel Paty, the French professor beheaded by a... 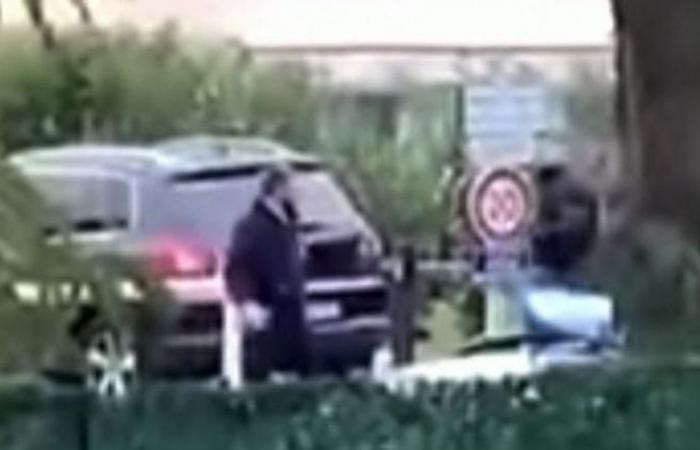 He was 47 years old and was a professor of History and Geography. Who knew Samuel Paty, beheaded in France by an 18-year-old young man after showing caricatures of Muhammad, they recall his friendliness, his closeness to his students, and that he always “poured himself into his profession.”

“When I saw the link of the beheading of a teacher, I clicked and said ‘it’s Mr. Paty‘”Recalls Martial, 16, who headed downtown with several friends as soon as he heard the news as he left his soccer training.

“At the beginning of the year he presented himself. He said that he came from another school in Créteil because his wife had been transferred for work, ”the young man recalls. Samuel PatyWith short brown hair, he was “short,” wore glasses and “always wore a shirt,” recalls Nathan, another former student.

The teacher was known for the effort he put into his students. “He really wanted to teach us things. From time to time we had debates, we talked ”, said Martial.

Samuel Paty He was beheaded on a street near the school around five in the afternoon this Friday. The attacker – an 18-year-old Russian from Chechen – jumped on him and was shortly afterwards shot dead by the police.

The President of the Republic, Emmanuel Macron, who went to the scene described it as an “Islamist terrorist attack” and called on “the whole nation” to join the teachers to “protect and defend them.”

According to early research, Samuel Paty had shown his 4th graders a cartoon of Muhammad last week during his classes: a drawing of the prophet crouching with a star drawn on his buttocks and the inscription “A star is born.”

According to a close source, the father of a student had filed a complaint against the teacher, who in return had reported defamation against him.

“Every year i did”Says Virginie, 15, who knew the teacher. “I was in the EMC program (moral and civic education), it was to talk about the freedom related to the Charlie Hebdo attack,” said the young woman.

However, this year the father of a student posted a message on social media. In a video, he described Samuel Paty as a “bully” who “should no longer remain in the National Education” and invited other parents of students to mobilize.

Since this “story” occurred, Mr. Paty “was not well,” Myriam had observed, a 13-year-old schoolgirl, mimicking her frown as she wandered the hallways. “I heard some students saying ‘ah, he’s the racist,’” he recalls. Other adjectives such as “Islamophobic” also circulated.

“He did not do it to create controversy or to disrespect children or to discriminate,” says Nordine Chaouadi, whose 13-year-old son was in his second year.esecond year with the teacher Samuel Paty.

The attack came exactly three weeks after a knife attack by a 25-year-old Pakistani near the former Charlie Hebdo offices, in which two people were injured. The author of that Islamist attack had told investigators that he wanted to avenge the rebroadcasting of the cartoons by this publication in September.

On Friday, Charlie Hebdo expressed on Twitter his “horror and outrage after a professor, in the exercise of his profession, was killed by a religious fanatic.” This Saturday morning several roses were deposited at the entrance of the educational center where the crime was committed.

These were the details of the news The career of Samuel Paty, the French professor beheaded by a... for this day. We hope that we have succeeded by giving you the full details and information. To follow all our news, you can subscribe to the alerts system or to one of our different systems to provide you with all that is new.