Decapitated teacher in France: “It was sure that it was going... 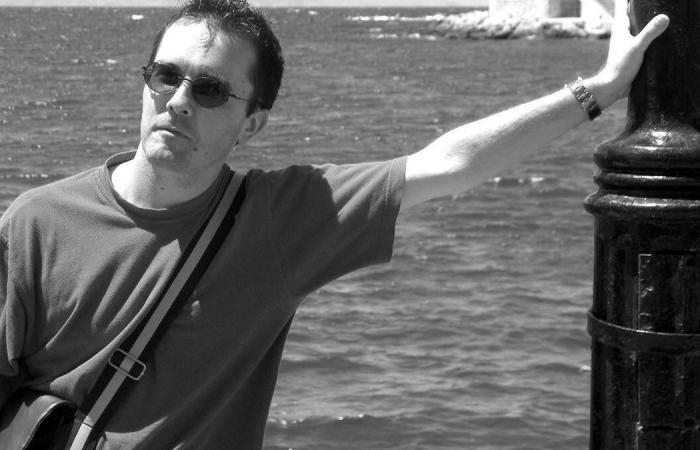 A teacher was killed on Friday evening by an 18-year-old Chechen Russian after showing his students caricatures of Muhammad, according to preliminary findings. The assailant shouted “Allah Akbar” before being killed by the police.

“Get down to the ground,” then indistinct screams and gunshots. These images relate the police operation in which an 18-year-old Islamist was killed after beheading a history teacher near a college in the western suburbs of Paris.

The investigation was progressing and tributes poured in on Saturday in France the day after this “Islamist terrorist attack”. In single file, dozens of students and parents followed one another to place a white rose at the foot of the gates of the Bois d’Aulne college in Conflans-Sainte-Honorine, near Paris. Not a word, not a sound, just a few “I am a teacher” posters waved as a challenge to the horror.

Neutralization of the attacker

Escorted by police, students timidly enter the establishment. Inside, teams from the Samu of the Versailles hospital center, representatives of the State and of National Education, have set up a psychological unit.

“It’s horrible, it’s very complicated to discuss with my son what happened, this morning he doesn’t even want to talk about it anymore”, explains a mother of a family, who prefers to testify under cover. of anonymity because his “son would not like to see my name in the press”. Marie, currently in second, came in front of her old establishment to lay flowers in “homage to her former teacher”. “I remember his class on freedom of expression, we talked about Charlie, we made drawings that are still hanging in the college”, explains the young girl, moved, came with two friends.

“He did not do that to create controversy”

Mr. Paty “was fully in his job,” he “liked a lot,” said Friday Martial, a 16-year-old high school student, rushed to his old college. “He really wanted to teach us things. From time to time, we had debates, we spoke ”. This high school student remembers his 4th year history and geography teacher very well in this reputedly quiet school, located in the heart of a residential area.

Parents of students and residents in shock

According to the first elements of the investigation, the teacher had shown his students of 4th, last week, a caricature of Mohammed. A report had reached Rodrigo Arenas, co-president of the FCPE, the first association of parents of pupils, because of the tensions caused by his initiative with certain parents of pupils. The victim allegedly, according to Mr. Arenas, “invited the Muslim students to leave the class” before showing a drawing of the prophet crouching with a star drawn on his buttocks and the inscription “a star is born”.

“It was all the years that he did this,” said Virginie, 15, who knew the teacher. “It was on the program for the EMC (moral and civic education, editor’s note), it was to talk about freedom from the Charlie Hebdo attack, he showed these images, the caricatures”, indicates the young girl . “He did not do that to create controversy or to disrespect the little ones or to discriminate,” says Nordine Chaouadi. Her 13-year-old son was entering his second year of classes with Mr. Paty. “He told me, that this gentleman was super nice”

Hugo, in 3rd, was one of Samuel Paty’s students, who gave him support lessons every week. “He was great, very accommodating, and attentive,” he says, but “since last week the atmosphere was tense, it was sure that it was going to end badly”.

Her mother, Sabrina Pruvost, agrees: “he had spoken to me a lot for the past week, we even received a text from the principal on the intranet which said that there were problems between the parents of the student and this teacher. “.

“Everyone brought their opinion during their lessons, it was great, now we have to continue and face, we must not prove them right”, launches a former student, now in first class at Gennevilliers.

Further on, Ludovic Reignier, 40, father of a 13-year-old girl in 4th grade in college, still struggles to believe what happened the day before. “How to believe that a professor who had shown drawings is beheaded?” He wonders in a flood of words.

“Our teachers will continue to awaken the critical spirit of the citizens of the Republic, to emancipate them from all totalitarianism and all obscurantism”, Prime Minister Jean Castex declared on Twitter.

“I will be, and our country will be at your side to protect you, allow you to do your job which is the most essential job, pass on to our children the knowledge and values ​​which are our common good”, declared the Minister of National Education Jean-Michel Blanquer in a video message to teachers, a particularly important social category in the French socio-political landscape. For 30 years, national education has been at the forefront of the demands of certain Muslim circles.

The Elysee Palace announced on Saturday that a national tribute would be paid to Mr. Paty.

*The article has been translated based on the content of Source link by https://www.20min.ch/fr/story/cetait-sur-que-ca-allait-mal-finir-798197675346
. If there is any problem regarding the content, copyright, please leave a report below the article. We will try to process as quickly as possible to protect the rights of the author. Thank you very much!

These were the details of the news Decapitated teacher in France: “It was sure that it was going... for this day. We hope that we have succeeded by giving you the full details and information. To follow all our news, you can subscribe to the alerts system or to one of our different systems to provide you with all that is new.