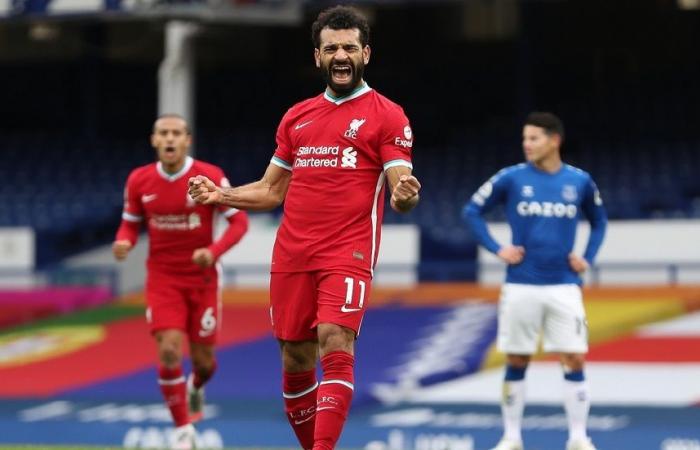 The Egyptian Mohamed Salah scored a historic goal in the meeting between his team Liverpool and its host Everton now, at the opening of the fifth stage of the English Premier League football.

The Egyptian star scored the second goal for his team in the 72nd minute.

This goal, number 100, for Salah in the Liverpool jersey, in various competitions, since his move to the “Reds” from Rome in the summer of 2017.

The Egyptian pharaoh became the 17th player to score 100 or more goals in Liverpool’s history.

The 28-year-old also became the third fastest player in the club to score 100 goals, with his participation in 159 games, behind Roger Hunt (144 games) and Jack Parkinson (153 games).

These were the details of the news Watch .. Salah scores a historic goal against Everton for this day. We hope that we have succeeded by giving you the full details and information. To follow all our news, you can subscribe to the alerts system or to one of our different systems to provide you with all that is new.