LIVE – Decapitated professor: He was “assassinated because he taught freedom... 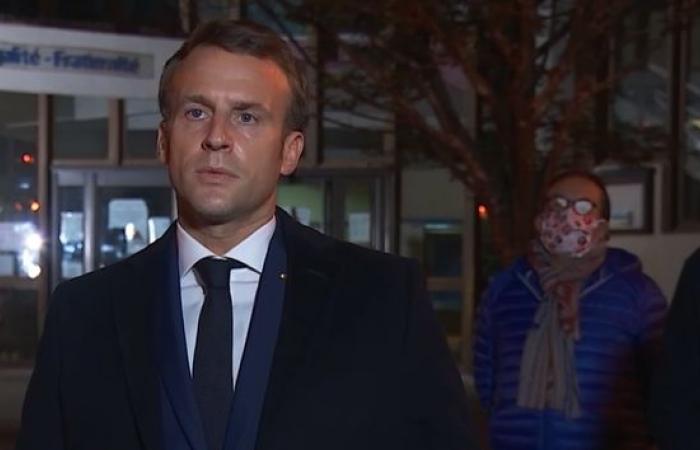 This live is now over. Thanks for following him. Here is the important information to remember from the evening:

• A professor was beheaded near a college on Friday, late afternoon in Conflans-Sainte-Honorine (Yvelines). The facts took place around 5 p.m., according to a police source. Members of the city’s anti-crime brigade (BAC) were called in for a suspicious individual prowling near the Bois d’Aulne college, according to this source. On the spot, they discovered the victim and, 200 meters further on in Eragny-sur-Oise (Val-d’Oise), tried to stop a man armed with a knife which threatened them and fired on him.

• The victim, a history and geography teacher at the Bois d’Aulne college, had recently shown his students caricatures of Muhammad during a course on freedom of expression, according to a police source. The teacher had been threatened by parents and even lodged a complaint with the police station.

• The alleged assailant, who died of his injuries, is believed to be a Russian national of Muslim faith. Born in 2002 in Moscow, he shouted “Allah Akbar” before being shot. The investigation was entrusted to the Antiterrorist Sub-Directorate (Sdat) of the judicial police and to the General Directorate of Internal Security (DGSI).

»READ ALSO – Pascal Bruckner: “It is a declaration of war which must be treated accordingly”

• Emmanuel Macron, who went there, described the attack as“Characterized Islamist terrorist attack”, three weeks after the attack in front of the former premises of Charlie Hebdo. “They will not pass. Obscurantism will not win ”, hammered, moved, the Head of State.

*The article has been translated based on the content of Source link by https://www.lefigaro.fr/actualite-france/un-professeur-d-histoire-decapite-pres-de-paris-le-parquet-antiterroriste-saisi-20201016
. If there is any problem regarding the content, copyright, please leave a report below the article. We will try to process as quickly as possible to protect the rights of the author. Thank you very much!

These were the details of the news LIVE – Decapitated professor: He was “assassinated because he taught freedom... for this day. We hope that we have succeeded by giving you the full details and information. To follow all our news, you can subscribe to the alerts system or to one of our different systems to provide you with all that is new.

PREV Johnson & Johnson, other drugmakers go to trial in California in US$50b case over ‘deadly legacy’ of opioids
NEXT Covid alert in Vanuatu after infected body washes ashore