Scientists Find Out When Red Supergiant Betelgeuse Will Become a Supernova... 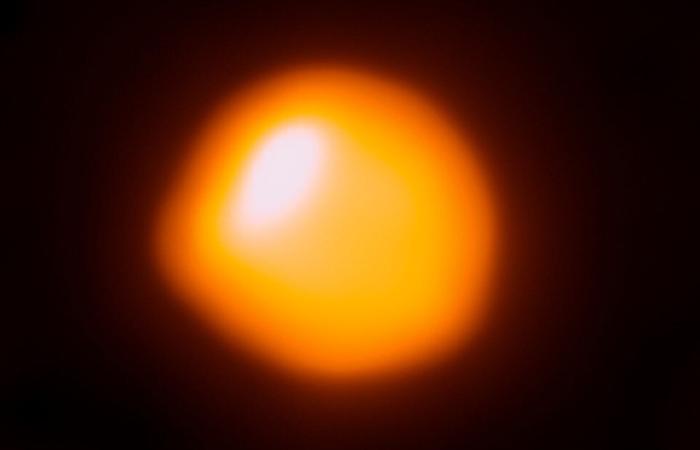 The red supergiant star Betelgeuse is smaller and much closer to Earth than previously thought, according to astronomers at the Australian National University, who have given new data for the timing of its explosion.

While it’s usually one of the brightest stars in the sky, it appeared to be Betelgeuse Dim at the end of 2019 – something that scientists thought might mean that it was about to explode.

New research suggests that the eclipsing events are actually due to a cloud of dust obscuring the star from Earth and the star’s natural pulsations, but also providing a time frame for the supernova.

Betelgeuse is one of the largest stars visible to the naked eye, usually the tenth brightest star in the night sky, located in the upper left of the constellation Orion.

It is known as the red supergiant because the star is nearing the end of its life and swelling as it burns through the elements in its core before soon – in an astronomical time frame – exploding in a supernova.

This supernova won’t be able to harm anyone on Earth, but it would be visible even during the day and, according to scientists at the University of California, would shine as bright as a half-full moon for about a year.

However, it is unlikely that this event will occur in our lives, suggest the Australian researchers in their new article published in the Astrophysical Journal.

Using sophisticated modeling to learn more about the physics that drive the pulsations of Betelgeuse, the researchers effectively confirmed that sound waves inside the star made it pulsate.

Dr. Meredith Joyce of the Australian National University said the star was still burning helium in its core, “which means it is nowhere near exploding”.

“We could look at about 100,000 years before an explosion happens,” she added.

Your co-author Dr. Laszlo Molnar of the Konkoly Observatory in Budapest explained how the study also revealed the size of Betelgeuse and its distance from Earth.

“The actual physical size of Betelgeuse has been a mystery – previous studies suggested it could be larger than Jupiter’s orbit.

“Our results indicate that Betelgeuse is only two-thirds of that, with a radius 750 times the radius of the sun,” said Dr. Molnar.

“Once we got the physical size of the star, we could determine its distance from Earth. Our results show that it is only 530 light years away from us – 25% closer than previously assumed. ”

Even though the supernova is so much closer, it will still not have a significant impact on Earth.

“It’s still a big deal when a supernova goes off. And this is our closest candidate. It gives us the rare opportunity to study what happens to such stars before they explode, ”added Dr. Joyce added.

These were the details of the news Scientists Find Out When Red Supergiant Betelgeuse Will Become a Supernova... for this day. We hope that we have succeeded by giving you the full details and information. To follow all our news, you can subscribe to the alerts system or to one of our different systems to provide you with all that is new.