Senator close to Trump admits Democrats have a ‘good chance’ of... 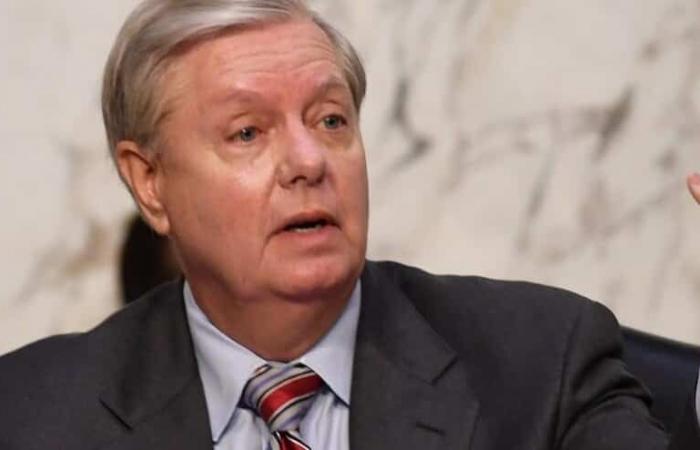 Washington | The Democrats have a “good chance” of winning the White House recognized Thursday Republican Senator Lindsey Graham, very close to Donald Trump, taking note of the dynamic that seems to bring Joe Biden against the president-candidate 19 days before the election.

• Read also: Trump and Biden expected for televised duel, each on his own

• Read also: Ex-Pentagon chief refuses to speak out between Trump and Biden

In this election campaign with endless twists and turns, the two candidates will answer questions from Americans live on Thursday evening, but each on a different channel.

The Republican president will face voters for an hour in Florida Thursday night on NBC, as his Democratic opponent undergoes the same type of exercise in his home state of Pennsylvania on a competing channel, ABC.

Two key states won by the Republican billionaire in 2016 and where Joe Biden, 77, now appears able to compete for victory.

The former Democratic vice-president leads by nearly ten percentage points in the national average of the polls for the presidential election of November 3. But above all, albeit with a narrower margin, in the key states which make the elections in the United States by switching from one party to another.

Enough to push Senator Lindsey Graham to confess to his Democratic rivals that they had “a good chance of winning the White House”, a position taken extremely rare for this figure of the Republican Party.

The remarks of Republican Senator Ted Cruz last week evoking the specter of a “bloodbath” for the Conservative Party also marked the spirits.

But observers regularly repeat their calls for caution, pointing to the 2016 election, where Donald Trump created one of the biggest surprises in American political history, by defeating Hillary Clinton. She too had led the polls in previous weeks.

The president, now recovered from COVID-19, even saying he is “immune”, is also stepping up his campaign, surrounded every evening by thousands of supporters in red caps in key states. Florida, Pennsylvania, Iowa: he has had three meetings in three days.

Opposite, the Democratic candidate for the vice-president of the United States Kamala Harris, had to suspend her trips “out of excess of caution” until Sunday due to cases of COVID-19 in her entourage, the team announced democratic campaign.

“Joe is toast”, “Joe is out of his mind,” Donald Trump said on Wednesday about his septuagenarian rival, raising laughter in the crowd of his supporters.

“If he wins, the radical left will rule the country. They are addicted to power, and God help us if they get it, ”said the Republican president.

As early as last week, Donald Trump refused to participate in a second debate, scheduled for Thursday, when the organizers announced that they would make it virtual as a precaution, in case it was still contagious.

“I’m not going to waste my time,” he thundered.

Extremely cautious in the face of the virus, even too much according to Republicans who accuse him of using it to hide from voters, Joe Biden had refused to postpone the date of their second duel as proposed by the Trump team.

A third debate is still scheduled for October 22 in Nashville, Tennessee.

On Thursday, Donald Trump and moderator Savannah Guthrie will respect social distancing and attendees who came to ask questions of the White House tenant will wear masks, NBC said.

Dr Anthony Fauci, one of the US government’s leading coronavirus experts, said the president “is no longer transmitting infectious viruses,” the channel added.

American political tradition, the “town hall” is a live television program during which a panel of voters, under the supervision of a moderator, questions a candidate.

The audiences of these two meetings will be particularly awaited before being compared.

For David Canon, professor of political science at the University of Wisconsin, there is no doubt: the “town hall” of stormy Donald Trump will attract more viewers. “People love drama”.

These were the details of the news Senator close to Trump admits Democrats have a ‘good chance’ of... for this day. We hope that we have succeeded by giving you the full details and information. To follow all our news, you can subscribe to the alerts system or to one of our different systems to provide you with all that is new.