Judge: The Netherlands does not need to bring back a confused,... 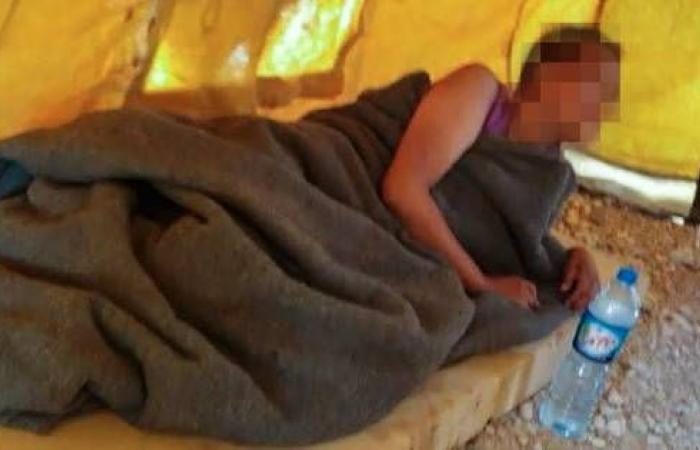 The court finds ‘the interests of Chadia very important and the situation extremely poignant’, but the interests of the Dutch state weigh more heavily. The situation on the ground is still dangerous and bringing the woman back means that the Netherlands will have to negotiate with those in power in the area, which could ‘damage international relations’.

Before she went to Syria, Chadia B. was diagnosed with severe psychological problems, she suffers from psychoses and is mentally limited. Nevertheless, she has managed to travel to Syria twice since 2013. She joined IS in the conflict area and married a jihadist. However, she soon abandoned her when her psychological problems emerged, partly due to a lack of medicines. She was also badly injured, requiring her foot to be amputated.

In the end, Chadia, along with thousands of other foreign IS women, ended up in a detention camp in Northern Syria. She has been staying there on a mattress in a tent for over a year now. She was helped for a long time by other Dutch women in the camp, but some of them have since fled the camp. If no one helps her with her diapers, she will lie in her own feces for a while, as emerged during the handling of the interim injunction three weeks ago. Sometimes she stands at the entrance of the camp, waiting for her mother, to whom she writes notes to pick her up.

The court does take an advance on the future and writes in its judgment: “If the situation in Syria has improved sufficiently, then the state must repatriate the plaintiff.” The court does not state what the conditions are for that improvement.

Daniëlle Troost, lawyer for Chadia and her family, finds the statement ‘really disappointing’, but sees a small ray of hope. “The court ruled that Chadia herself does not pose a threat to security in the Netherlands, so if the situation in Syria improves she could be brought back.” The court states that it is likely that the Amsterdam woman will be admitted to a psychiatric clinic after a possible return, which ensures that she cannot pose a danger to society.

Last year, a group of 23 women (and their children) also tried to use summary proceedings to force the Dutch state to help them return from the detention camps. The state only wants to help the women when they report to a Dutch consulate in Turkey or Iraq. Picking them up is “too dangerous for the people who should,” said the Ministry of Justice and Security.

The Supreme Court agreed with the Dutch state last summer, but left a small opening for harrowing cases. And, everyone agrees, Chadia’s situation is very dire. Or, as the representation of the state put it during the handling of the summary proceedings: it is ‘dismal’.

But that does not mean that B. can be helped by the government, that government stated during the handling of the case. Chadia was an adult when she traveled and had been diagnosed with her mental health problems earlier. Who says she didn’t know what she was doing? Add to this the policy – we do not want to bring them back – and the danger in the region: we cannot bring them back, because then others are at risk.

In addition, there is the danger of Chadia herself. Her lawyer may not be able to imagine a situation in which the psychotic and disabled Chadia poses a risk to national security, but the government thinks otherwise.

The number of Dutch women still in detention camps has now fallen from 35 to 25, according to the latest figures from intelligence service AIVD. The number of children has dropped from 90 to 75. Earlier it was announced that a group of about ten women escaped from camp Al-Hol. That probably happened with the help of smugglers and money from the Netherlands. The women now reside in the Idlib region, near the Turkish border. It is unclear who of those women wants to return to the Netherlands and who wants to stay in Syria.

All returnees from the conflict area are immediately arrested and detained in the terrorism department of the prisons in Rotterdam or Vught. Then they have to appear in court. Children are placed with relatives or foster families.

These were the details of the news Judge: The Netherlands does not need to bring back a confused,... for this day. We hope that we have succeeded by giving you the full details and information. To follow all our news, you can subscribe to the alerts system or to one of our different systems to provide you with all that is new.