How many Colombians are banked and how much use their products... 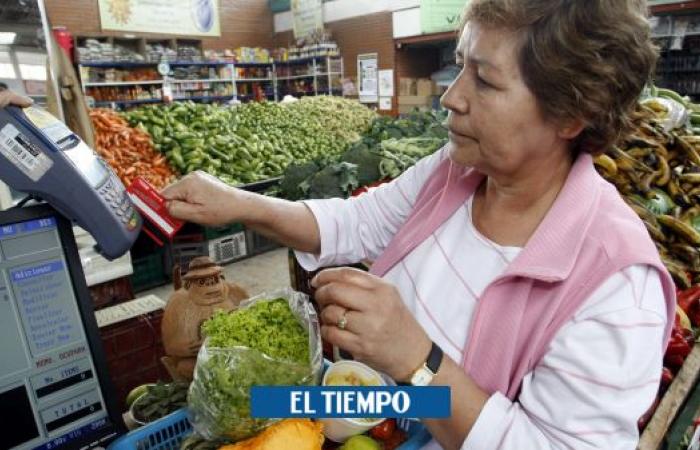 Colombia achieved the goal of having 85 percent of its adult population banked two years ahead of schedule, after more than 1.6 million adults entered the financial system for the first time in the first six months of 2020, through the opening of a savings or credit product, which, in addition, they are using more frequently.

Until the 6th month of this year, 31 million Colombians were banked, said Freddy Castro, director of the state program Banca de las Oportunidades, with which the country reached a financial inclusion rate of 85.9 percent, close to one percentage point above the goal established in the Development Plan for 2022 (85 percent).

(Can read: Household consumption in September was higher than the same period in 2019)

This effort will help Colombia continue to lead the ranking of emerging economies that provide greater access to the financial system to its people (Global Microscope) of the Inter-American Development Bank (IDB) and other international entities.

With 82 percent financial inclusion, last year the country surpassed Peru, Uruguay, Mexico, India and Brazil, among others, according to the 2019 Global Microscope.

The restrictions generated by the covid-19 pandemic, which arrived in the country at the end of last March, were a great catalyst not only in the process of financial inclusion in the country, but also for people to make greater use of their products , many of which were inactive before the quarantine measures were decreed.

“In particular, the evolution of the usage indicator grew more than 4 percent between March and June, while in the first quarter this was 0.8 percent,” they indicate in Banca de las Oportunidades.

(Further: The cities of Colombia with the highest and lowest poverty and inequality)

In fact, the entity reported that as of June 2020, some 2.3 million adults used products that were inactive last December, and that for the first half of this year, 25.8 million Colombians had active products in the system financial, which is also a good sign compared to the goals that the Government has set on that front.

This percentage of Colombians reached 71.6 percent, 5.6 percentage points above the figure recorded last December and 5.4 below the goal set for the four-year period.

Recent figures from the Financial Superintendency show the dynamics brought about by the use of financial products and the channels that entities have arranged, especially in the current pandemic situation.

During the business days of the quarantine, that is from March 25 to October 2, financial clients in the country have carried out about 1,119 million monetary operations worth more than 2,393 billion pesos, says the Superfinanciera.

(We suggest: Congress approved extension of the payroll subsidy until March 2021)

Electronic channels, the entity warns, continue to be the most used in the midst of this situation. The growth of the internet, mobile banking, banking correspondents and dataphones, among others, mark an average rate above 150 percent, compared to a normal day.

“On this front, the country brought a positive dynamic that, under the pandemic scenario, has deepened especially in access and use of digital financial services, as a result of coordination between the financial system and government entities. This leap confirms that the digital transformation has no reverse, ”said Castro, from Banca de las Oportunidades.

He added that government cash transfer programs, such as Ingreso Solidario and Compensation of VAT, have played an important role.

The former got more than 759,000 beneficiaries to activate their deposit products or open one for the first time. The second allowed more than 99,000 people to reactivate or open a deposit product, most of these digital.

(We recommend you read: The four sectors that Bill Clinton highlights to invest in Colombia)

“In this government we have accelerated the execution of cash transfer programs and for this reason about 90 percent of households in conditions of poverty and economic vulnerability have access to some scheme. Without a doubt, we are laying the foundations of modern social policy and building equity through the provision of financial services, ”said Luis Alberto Rodríguez, director of the National Planning Department (DNP).

Despite progress in this area, there are still pending tasks to be carried out on this front, especially in rural and remote areas of the country.

It is estimated that more than 5 million Colombians today remain outside the financial circuit, towards which state strategies point so that they not only become part of it, but also have access to the services provided by the entities.

A first initiative, in this sense, seeks to expand the network of banking correspondents by 1,600 points. The country has about 145,000. 7,000 million pesos will be invested in the next two years and for this it sealed an alliance with the cooperative sector.

The first 100 points will be operated by eight cooperatives and will allow clients in the cooperative sector to make payments, withdraw money, access financing and purchase insurance.

(Further: The 5 countries most interested in investing in housing in Colombia)

The four strategies to advance inclusion

Although progress in financial inclusion is significant, the Government is convinced that if these indicators are not consolidated in the future, the task will remain half done.

For this reason, two weeks ago a Conpes was approved that establishes the route to follow, with four specific strategies.

The first is the expansion of the offer of tailored financial products and services, promoting digital correspondence, whose purpose is to reach the excluded population and remote regions. There will be agricultural credit and microfinance plans, with a focus on small producers and rural women.

The second, promotion of financial education. It seeks to develop the skills, knowledge and confidence of Colombians in the financial system, and to encourage the use of banking services.

(To continue reading: The most searched job profiles in Colombia, according to LinkedIn)

The third is the optimization of the financial infrastructure, which will allow regulatory changes to streamline the open banking process, increase the impact of the new regulation on the low-value payment system, and strengthen digital authentication services.

Lastly, the institutional structure of this public policy will be modified to generate better synergies between public and private actors.

These were the details of the news How many Colombians are banked and how much use their products... for this day. We hope that we have succeeded by giving you the full details and information. To follow all our news, you can subscribe to the alerts system or to one of our different systems to provide you with all that is new.