State of emergency in Thailand after large demonstrations 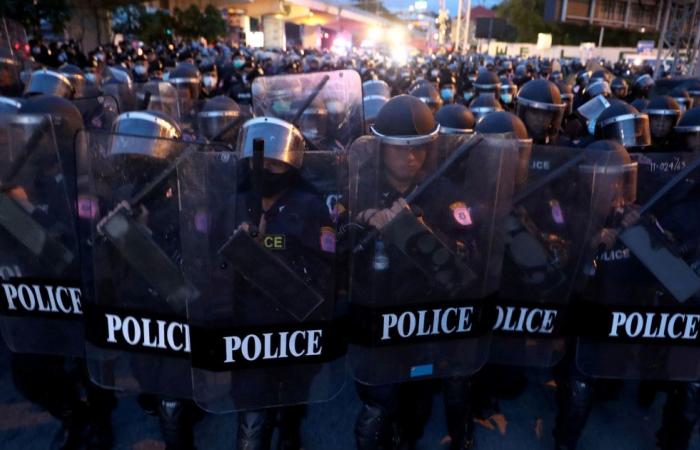 The protesters also demand that the country’s constitution be rewritten and reforms of the monarchy.

The many riots are causing the government to take action, and the prime minister is now introducing a state of emergency in the country. In a televised announcement, the police state that “many groups have invited, encouraged and participated in illegal gatherings in Bangkok”.

Police say they will introduce immediate measures to “maintain peace and order.”

The order applies to parts of Bangkok, and the prime minister justifies it with “aggression that affects the stability of the state”. On Wednesday, a group of protesters tried to attack a royal procession in the capital.

Gatherings of more than five people are banned, and several transport restrictions are introduced. At the same time, the police and soldiers are instructed to resolve the “crisis situation” following instructions from their superiors.

Furthermore, the exemption order will limit the freedom of the press in the country. It is now forbidden to publish news and other content that may be at the expense of “national security or peace and order”.

Protest leaders say Thursday night that they will retire and meet again on Thursday afternoon. According to Thai media, two prominent protest leaders have been arrested.

According to the police, around 15,000 officers were stationed in connection with the demonstration.

The demonstrations in Thailand have been going on since July, and have developed into the biggest threat the country’s government has experienced.

The demands for reform of the monarchy are a particularly sensitive issue in Thailand, where criticism of the royals can be punished with long prison sentences.

These were the details of the news State of emergency in Thailand after large demonstrations for this day. We hope that we have succeeded by giving you the full details and information. To follow all our news, you can subscribe to the alerts system or to one of our different systems to provide you with all that is new.