The first Emirati plane crosses the airspace of Israel .. What... 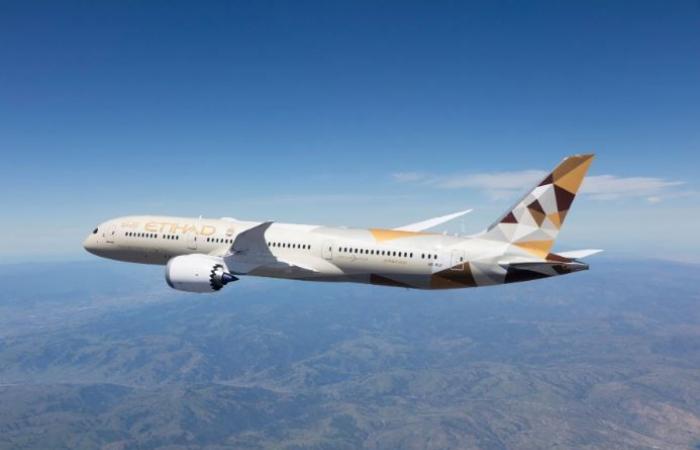 Israeli media published what took place between the captain of the first Emirati plane crossing Israeli airspace and the control tower, a month after Abu Dhabi and Tel Aviv signed an agreement to normalize their relations after the mediation of the United States.

“For the first time, an Emirates Airlines airliner flew over the skies of Israel on its way from Milan to Abu Dhabi. They listened to the friendly call that took place between the pilot and the tower,” the Israeli Prime Minister’s spokesman for Arab media Ophir Gendelman said in a tweet on Wednesday. Israeli air traffic control. ”

Gendelman published the transcript of the audio conversation between the two parties, as one of the Israeli control tower officials said to the captain of the Emirati plane, “Captain, we are very happy and proud to welcome your flight over Israel … It is a historic moment that we have been waiting for, and we hope that it will inspire the whole region to start a new phase, God willing. “.

The pilot answered him by saying, “God willing, I just want you to know that you have an Emirati pilot, and the plane is also from the Emirates. We are proud and happy with this partnership to promote prosperity and peace in the region.”

The minister added that this transit is one of the fruits of the Abraham Agreement, referring to the Israeli-Emirati normalization agreement.

Direct flights
In a related context, Regev said, “We are strongly pushing the agreements to start direct flights between Tel Aviv, Abu Dhabi and Dubai, which will lead to a new economic era and regional prosperity for the citizens of Israel.”

Earlier on Wednesday, an Israeli official suggested that Israel and the UAE would soon sign a commercial aviation agreement, and the Israeli government website “I24” quoted the Director General of the Israeli Ministry of Transport, Ofer Maleka, as saying that the agreement is expected to be signed in days. The next few.

And Israeli media indicated that it is likely that a direct commercial airline route between Israel and the UAE will start early next year.

These were the details of the news The first Emirati plane crosses the airspace of Israel .. What... for this day. We hope that we have succeeded by giving you the full details and information. To follow all our news, you can subscribe to the alerts system or to one of our different systems to provide you with all that is new.