Protests in Sbeitla, Tunisia, after the stall was demolished at the... 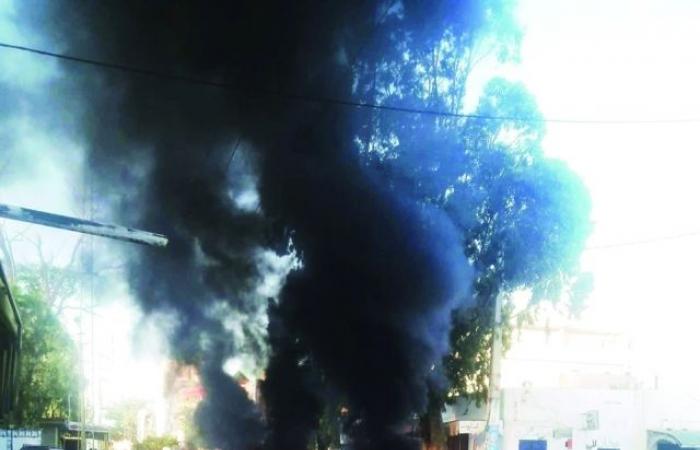 The Tunisian army deployed its forces in the city of Sbeitla from the state of Kasserine (central-west), after popular protests erupted yesterday, following the government agencies’ demolition of a kiosk, killing its owner, who was sleeping inside. Security sources said that the demolition of the kiosk took place in the dawn hours, as part of the implementation of a decision to remove random buildings that are not subject to legal specifications, but it became clear later that Abd al-Razzaq al-Khashnawi, 52 years old, an employee of Sbeitla municipality, was sleeping inside the kiosk, without That those assigned to demolish him became aware of him, which led to his death inside the booth.

As the news spread, the city shook and witnessed popular protests, during which protesters threw stones at the security forces, who used tear gas to disperse the protesters, which forced government authorities to pay troops from the army, to protect public and private facilities inside the city.

The Tunisian government presidency announced in a communiqué, that, following the tragic incident, its president, Hisham El-Mechichi, decided to dismiss both the Wali of Kasserine and Mu’tamid Sbeitla, exempting the head of the National Security District and the head of the municipal police station in Sbeitla, and assigning the ministers of the interior and local affairs to change Immediately to Sbeitla, to provide the family of the deceased with a physical and moral briefing.

Faisal Al-Rumaili, Mayor of Sbeitla, said that the Wali of Kasserine was the one who ordered the implementation of the removal of the kiosk, using the state’s equipment, and with the help of security units. He added that the municipality had not decided when to demolish the violating stalls, which are in the process of building on state land, announcing that he had to leave the city, after the threats he was exposed to.

The Presidency of the Government confirmed that an investigation had been opened into the circumstances and circumstances of the incident, while the spokesperson for the Court of First Instance in Kasserine, Riad Al-Nawawi, confirmed that an investigative research had been opened, under the title “Intentional Homicide”, on all those who would be uncovered by the search in the Sbeitla incident. He added that the investigating judge at the court undertook to investigate the incident.

These were the details of the news Protests in Sbeitla, Tunisia, after the stall was demolished at the... for this day. We hope that we have succeeded by giving you the full details and information. To follow all our news, you can subscribe to the alerts system or to one of our different systems to provide you with all that is new.