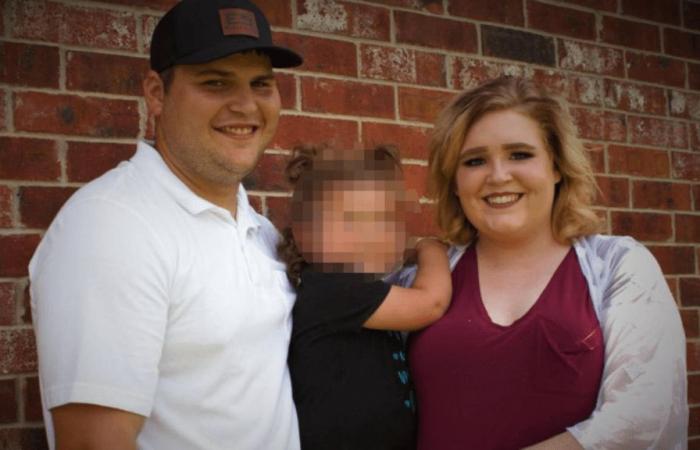 WARNING: Some readers may find the following story worrying

A heavily pregnant young mother who died after a “friend” allegedly tore her unborn baby from her womb has been identified.

She was eight months pregnant with her second child.

A fundraiser for the woman’s grieving family raised more than A $ 23,000 in just a few days.

The appeal organizers wrote that Raegan and her unborn child had been “selfishly killed” by someone she considered a “friend.”

A Facebook page set up by her mother said she was the one who found her daughter’s body.

“I don’t have it in me right now to write a long post,” she wrote.

“Satan in the Flesh”

“Our beautiful daughter Reagan Hancock and her precious unborn baby Braxlynn were murdered in the flesh by Satan yesterday.

“Our Reagan was one of the most precious people you would ever meet.”

A woman was arrested in Oklahoma after visiting a hospital and claiming her baby is not breathing, police said.

The woman, who was not officially identified, was later charged with kidnapping and murdering an unborn child.

She is expected to face further charges.

These were the details of the news Texas mother Reagan Hancock dies after the baby was allegedly torn... for this day. We hope that we have succeeded by giving you the full details and information. To follow all our news, you can subscribe to the alerts system or to one of our different systems to provide you with all that is new.