Budget 2021 Ireland: Budget for motorists with increases in road tax,... 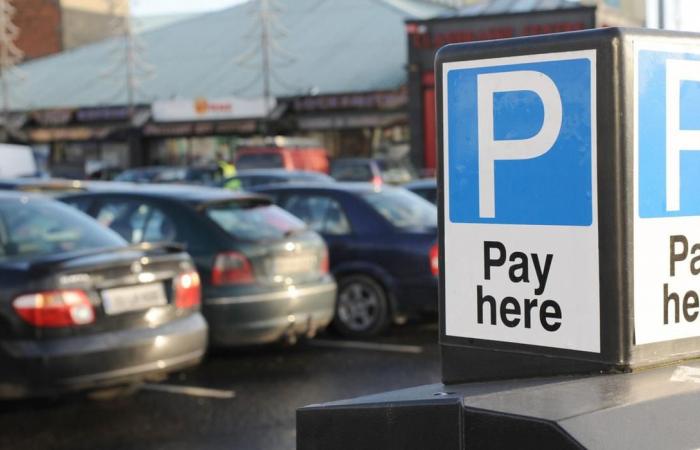 Motorists will get a grip on today’s budget, but there will be a Christmas bonus boost for most of those who lost their jobs due to the Covid-19 pandemic.

Property tax and VRT, as well as the cost of diesel and gasoline, will rise as part of a government plan to deter people from driving high-emission cars.

The road tax is expected to increase by up to EUR 50 per year for some polluting car drivers, while it is expected to decrease for those who drive zero-emission cars.

The government is expected to adopt proposals in a tax strategy paper recently prepared by the Treasury Department, which proposes a revision of the vehicle tax system.

The changes will mean that 88 percent of motorists will avoid higher taxes, but 7 percent of drivers of mostly older vehicles will have to pay an additional 10 euros per year.

Another 4 car drivers who own environmentally harmful vehicles pay an additional 30 to 50 euros.

The increase in vehicle tax will be introduced in line with climate protection commitments and will encourage drivers to move away from vehicles with higher levels of pollution.

The old system of vehicle tax will be completely replaced by a new model that takes into account the emission rates more precisely.

According to one source, the government is trying to minimize the impact of more efficient and smaller cars on drivers while targeting heavier, carbon-emitting vehicles.

The move is seen as a big win for the Greens but is likely to spark a backlash for Fianna Fáil and Fine Gael.

Meanwhile, the budget gasoline and diesel cost will rise by € 7.50 due to an increase in carbon tax.

State subsidies for new electric, plug-in and hybrid cars are to be phased out in order to require less VRT for such lower-emission vehicles. The new system will favor low-emission vehicles such as electric vehicles, plug-ins and conventional hybrids by charging far lower VRT values ​​- in many cases halved to 7 – than is currently the case.

It is estimated that the expected measures will make the average family car at least € 1,000 more expensive.

However, some analysts have calculated that many popular family SUVs will skyrocket by as much as 7,000 euros.

The lower VRT rates are calculated to keep prices similar and in some cases below current levels.

The expected budget announcements are based on the recently published report by the Taxation Strategy Group.

As a result, the number of VRT bands increases from 12 to 20 in order to reproduce and calculate the degree of pollution more precisely.

The changes will increase the road tax for some drivers of polluting cars by up to EUR 50 per year, while it will decrease for those who drive zero-emission cars.

The move is seen as a big win for the Greens but is likely to spark a backlash for Fianna Fáil and Fine Gael.

Meanwhile, a full Christmas bonus will be paid out to all welfare recipients, including the majority of the pandemic unemployment pay. However, workers who recently became unemployed due to increasing government coronavirus restrictions will miss out on the bonus, as will anyone who loses their job between now and Christmas.

In the health sector, the national strategy to fight cancer is expected to be boosted by EUR 20 million amid concerns about delays in diagnosis due to the pandemic.

Meanwhile, a Christmas bonus will be paid out to all welfare recipients, including the majority, but not all, of those receiving the Pandemic Unemployment Payment (PUP).

The move means that thousands of retirees, people with disability payments and those who became unemployed before and after the pandemic will increase their weekly payment before Christmas.

However, not everyone participating in the Pandemic Unemployment Payment will receive the recharge.

It is believed that around 90 percent of the 227,000 currently receiving the payment will receive the bonus.

Typically, a person must have been on social assistance for 15 months to qualify for the Christmas bonus.

This would mean that thousands of people who became unemployed due to the Covid-19 pandemic would miss out on the bonus payment.

However, the government has decided to shorten that deadline to four months so that those backed by the pandemic can receive the top-up this year.

The four-month threshold does not have to apply at the same time, and a recipient of the pandemic payment who was unemployed when the Covid-19 outbreak began but returned to work before losing their job again can still qualify.

However, people who recently became unemployed due to increasing government coronavirus restrictions will miss payment.

Those who get unemployed by Christmas will miss it too.

Social Protection Minister Heather Humphreys and Minister for Public Spending and Reforms Michael McGrath are said to have reached the agreement last night.

The total cost of the budget measure is EUR 650 million.

Justice Secretary Helen McEntee has also been given substantial funding to increase the number of Garda recruits by 600, along with an additional 500 civilian members of the force.

Last night the Minister was also in negotiations with Mr McGrath to secure funding for 70 new Garda vehicles.

Ms. McEntee hopes to buy the new fleet to replace the rental cars gardaí used during the pandemic.

Your budget for An Garda Síochána is substantial given the rising costs of the Covid-19 pandemic and the potential impact of Brexit.

However, it is believed that she has insisted that more force be used next year to cope with the particular circumstances of Covid and Brexit.

State childcare allowances are not significantly changed in the budget.

Sources said that major changes in government childcare systems will only take place after three ongoing reviews of funding, workforce and operating model are completed and the government does not want to “anticipate” the outcome of these studies.

In the meantime, the self-employed can also earn a certain income while still being able to claim the PUP.

The cost of cigarettes is projected to increase by 50 cents, but the excise tax on alcohol will not increase.

It is believed that there are no plans to increase sugar taxes this year.

Elsewhere, there will be some small changes in the tax system to give carers more tax credits.

The tourism and hospitality sector VAT rates are expected to decrease from 13.5 to 9 percentage points to stimulate the sector.

These were the details of the news Budget 2021 Ireland: Budget for motorists with increases in road tax,... for this day. We hope that we have succeeded by giving you the full details and information. To follow all our news, you can subscribe to the alerts system or to one of our different systems to provide you with all that is new.