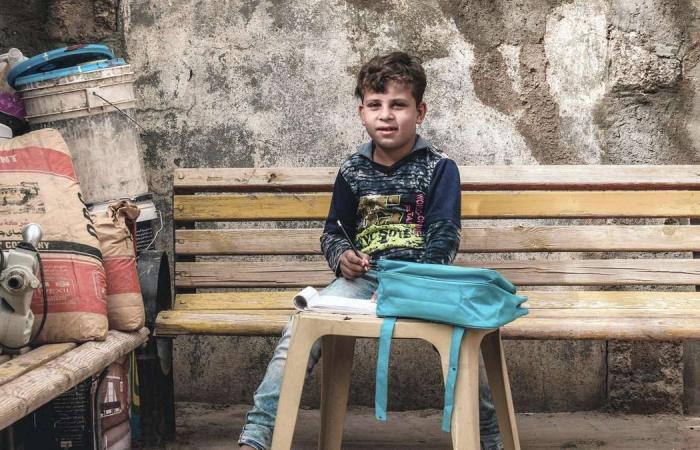 Thank you for your reading and interest in the news Iraq: thousands of displaced children have little access to remote learning and now with details

Since the outbreak of the coronavirus pandemic this year, thousands of schools have shut down, leaving more than 10 million children aged 6 to 17 without education, a study by the Norwegian Refugee Council shows.

The study of more than 6,000 children found that almost 83 per cent of children in camps across the country did not receive any type of education in April.

That spurred the charity to warn that an entire generation could be chronically uneducated as a result of the crisis.

“The outbreak of the pandemic had a huge impact on Iraq’s education sector," Tais Mejbel, a teacher from Hamman Al Alil camp in southern Mosul, told The National.

"The majority of students living in displaced camps have had little access to education since March."

Mr Mejbel, who teaches in a state school inside the camp, said it was overwhelmed with pupils and understaffed, and has now begun to teach over the internet.

“I’m struggling to get through to students. My methods of teaching have completely changed," he said.

"I used to teach 50 students in one go. Now I have to ensure that every single one of them is paying attention and understanding the lesson."

Most of the families in the camp do not have the income to be able to afford the internet, a smartphone or laptops, making it impossible for children to access the online learning system, Mr Mejbel said.

Yasmin Ameen, an incentive teacher at Bardarash camp, told The National that most of her pupils were not happy with remote learning.

“Teaching was difficult through video sessions, I don’t know if the child was able to understand the lesson I was giving,” Ms Ameen said.

“Many children are unable to participate in the daily online lessons because they do not have access to the internet. This is very worrying."

Ms Ameen feels that that online learning does not suit displaced children, especially those who have been through psychological trauma.

Bardarash camp was built in 2014 to house internally displaced people driven from their homes by ISIS as the group took over large areas of Iraq and Syria.

But three years after Iraq was liberated from the extremists, nearly 1.2 million internally displaced people and returned children are in need of emergency and specialised education services, said NRC’s report.

“Parents have begged us to reopen schools, even if a small number of children are allowed to come back, just so they can get used to a routine,” Ms Ameen said.

She said she hoped that school in her camp could reopen soon.

Education systems around the world have been disrupted since the pandemic started but in Iraq it has compounded existing problems.

“If we do not find safe, innovative and inclusive ways to put their education back on track, the glaring learning gaps will grow wider and leave an entire generation under-schooled and under-taught,” said Rishana Haniffa, the charity's Iraq director.

These were the details of the news Iraq: thousands of displaced children have little access to remote learning for this day. We hope that we have succeeded by giving you the full details and information. To follow all our news, you can subscribe to the alerts system or to one of our different systems to provide you with all that is new.