After the apology of 6 countries, an Israeli activist calls for... 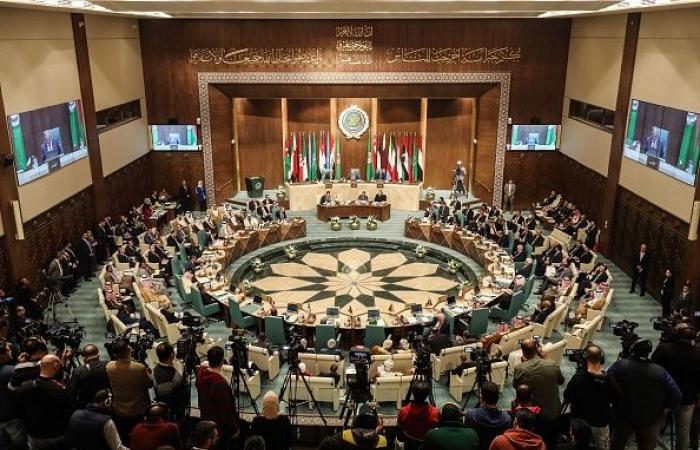 The Arab League, which was founded in March 1945, is still searching for a country to chair its current session at the ministerial level, after 6 countries apologized for that.

This is what called the Israeli researcher and journalist Eddie Cohen to comment by saying that Israel is the solution. He added on his Twitter page: “Israel is the president of this university (the Arab League) that the British established in the midst of World War II in 1944 to be an alternative to the Islamic caliphate and be supportive. To the allies against Nazism and fascism .. He continued: “Jerusalem is the next seat of the Arab summit.”

The Arab League includes 22 countries in its membership, as Palestine presided over its current session (No. 154), but it gave up its right to do so after the League, on September 9, dropped a decision it submitted at a meeting of foreign ministers condemning the normalization agreement between the UAE and Israel.

The choice of countries to chair the current session of the Arab League at the ministerial level, according to the alphabetical order of their names, and based on the text of Article VI of the rules of procedure of the League Council.

Article 6 stipulates that “if the council president at the ministerial level is unable to carry out the work of the presidency, the temporary presidency is assigned to the delegate of the country that has the presidency of the next session.”

In a previous case, 6 countries apologized (so far) for presiding over the current session, and their apologies came as follows:

Libya was the last country to apologize for presiding over the current session of the Arab League at the ministerial level until today, on October 6.

According to a statement by the Libyan Foreign Ministry spokesman, Muhammad al-Qiblawi, Saleh al-Shammakhi, the Libyan delegate to the Arab League, informed its general secretariat, his country’s apology for presiding over the current session of the Council.

“Libya looks forward to presiding over the League Council in better conditions, and upholds its right to the presidency in accordance with the rules of procedure and in the order in effect,” Al-Qiblawi added in the statement.

On September 30, media sources said that the State of Kuwait apologized for assuming the presidency of the current session of the League of Arab States Council at the ministerial level.

Kuwait has previously affirmed its commitment to stand by the Palestinian people, support their options, and support for all efforts aimed at reaching a just and comprehensive solution that guarantees the establishment of a Palestinian state with East Jerusalem as its capital.

In a press statement days before the apology, the Kuwaiti Cabinet stressed that the Palestinian issue is central, as it is “the first issue of Arabs and Muslims.”

On September 25, Qatar apologized for assuming the presidency of the current session of the Arab League, in place of Palestine, which it relinquished.

The Qatari General Delegate to the Arab League said, in a message to its management: “We apologize for completing the aforementioned session, which the State of Palestine abandoned, while adhering to Qatar’s right to the next presidency of the March 155th session 2021.”

And Palestine was the one who presided over the current session of the university, but it gave up its right to do so after it dropped the university on September 9 last, a decision condemning the normalization agreement between the UAE and Israel.

Palestinian Foreign Minister Riyad Al-Malki said, “Palestine’s abandonment of its right to chair the Council of the Arab League in its current session came after the League’s General Secretariat took a supportive stance for the Emirates and Bahrain, which concluded an agreement with Israel.”

Al-Maliki added, in a press conference, that some “influential Arab countries have refused to condemn the departure from the Arab Peace Initiative, and therefore the League will not take a decision in the foreseeable time, in favor of condemning the departure from its decisions.”

On September 15, the UAE and Bahrain signed two normalization agreements with Israel at the White House, under American auspices, ignoring the state of anger among Arab popular circles.

In addition to Palestine, Qatar, Kuwait and Libya, media reported that both Comoros and Lebanon refused to take over the presidency of the League Council session, but no official statements were issued explaining the date of the apology or its reasons.

This is the first time that six Arab League members have apologized for taking over the presidency of one of its sessions.

And Yemen had previously apologized on October 17, 2016 for hosting and chairing the 28th summit of the Arab League, claiming that the field and political conditions in it were poor, and it was held in Jordan according to its eligibility to do so according to the alphabet.

Morocco also apologized on February 19, 2016, for not hosting the Arab summit, which was scheduled for April of the same year in Marrakesh (west).

At the time, the Moroccan Ministry of Foreign Affairs said that the decision “was taken based on consultations that were held with a number of brotherly Arab countries.”

She added, “Given the challenges that the Arab world faces today (at the time), the Arab summit cannot be an end in itself or turn into a mere occasion meeting.”

According to experts and analysts, the apology of these six countries, as a precedent, indicates the League’s inability to address the chronic disagreements and problems, and its failure to play its role, and to take decisions that are in agreement with most member states.

These were the details of the news After the apology of 6 countries, an Israeli activist calls for... for this day. We hope that we have succeeded by giving you the full details and information. To follow all our news, you can subscribe to the alerts system or to one of our different systems to provide you with all that is new.