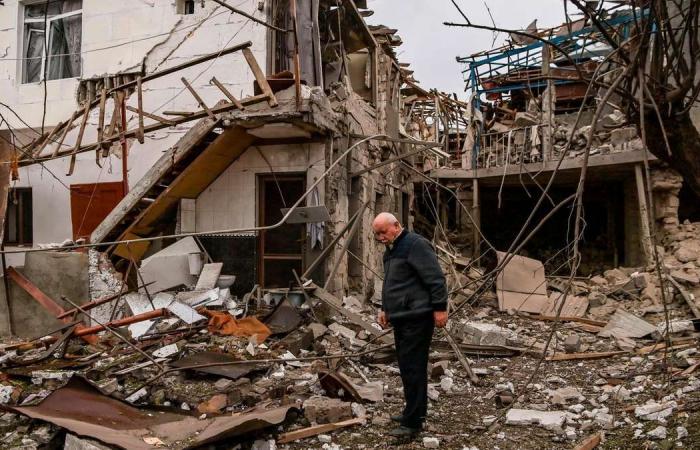 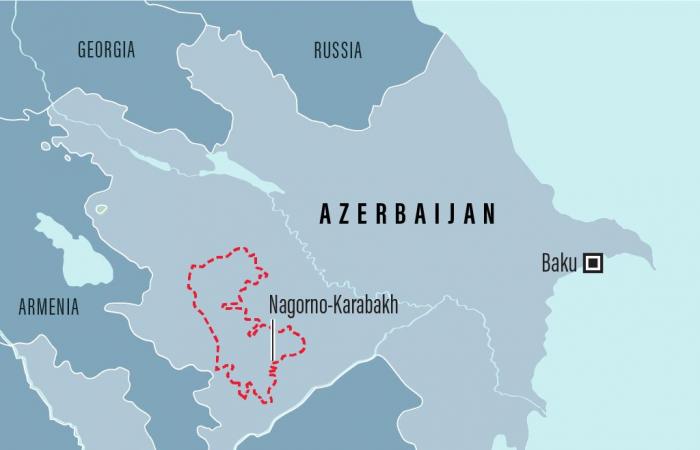 Thank you for your reading and interest in the news Turkey's Syrian militias in Nagorno Karabakh ask: 'Why are we here?' and now with details

Hind Al Soulia - Riyadh - The men are miles from home, they signed up for money but under the barrage of strikes, they only think of their families back in Syria.

Turkey sent thousands of Syrian men to fight for Azerbaijan soon after clashes broke with the breakaway region of Nagorno-Karabakh. After two weeks of heavy fighting, a Russian-mediated ceasefire was agreed late on Friday.

“I'm talking to you now from an underground bunker where we had to run away,” Ibrahim said in a rushed phone conversation with The National earlier in the week. He sounded petrified.

“The military jets strike us hard. We lost so many guys, I couldn’t count how many," he said as the screech of jets passing at low altitude could be heard on the line.

“I don't know what we are doing here, even money is not a reason to be in this horror movie. The Turks put us in such a position that we can't any more escape from here,” the 24-year-old father of three said.

On September 27, fighting broke out between Azerbaijan and Armenian separatists who hold Nagorno-Karabakh. The ethnically Armenian enclave backed by Yerevan broke off from Azerbaijan in 1994 and has been the flashpoint of numerous rounds of fighting.

Ibrahim said Azerbaijani troops, who his militia group were supposed to be fighting alongside, “are kilometres behind us” leaving the group with only support from Turkish drones, according to walkie talkie chatter.

“I hope we will be able to come back with our legs and arms,” Ibrahim said. His location, shared over WhatsApp, showed he was right on the front-line, east of Karabakh separatist region, near the Azerbaijani village of Akhmedalylar close to the southern border with Iran.

He is very far from home – 1,300 kilometres from the refugee camp his family lives in near the town of Sarmada, at the Syrian-Turkish border.

Ibrahim is a member of the Sultan Murad brigade, a mostly Turkmen pro-Turkey Syrian Islamist armed group. Three weeks ago, he said one of the militia officers asked for volunteers for Turkish operations in Azerbaijan.

“Many of us refused, after they saw what happened in [Turkey’s intervention in] Libya. But I thought that I could make money, in order to take my family out of this situation before the winter,” he said. Like in Azerbaijan, Turkey paid for thousands of Syrian fighters to back Tripoli militias in Libya against the eastern-based Libyan National Army.

Ibrahim was offered a three-month contract and 8,000 Turkish lira ($1,300) a month on September 24, three days before the conflict began in earnest. After signing up, he was taken from the Sultan Murad operations centre through the Kilis military border crossing to Gaziantep in Turkey, then by a commercial flight to Baku via Ankara, he explained. 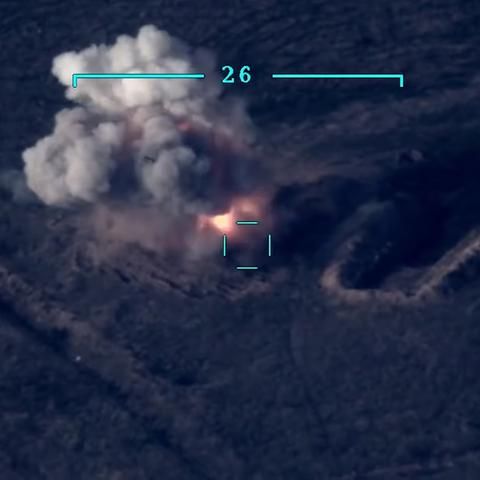 Ibrahim estimated there were around 3,000 Syrian mercenaries fighting for Azerbaijan and Turkey in Karabakh.

“They gave us food, military uniforms and equipment like sniper rifles and anti-tank rockets but we are under heavy bombardment. On Friday alone, we lost six men and 30 of us were injured and had to be transported to Baku.”

The two first Syrian casualties in the conflict were reported last weekend.

Both fighters, registered with Al Hamza division, affiliated with the Syrian National Army (ANS) and originally from the region of Homs, were killed last Sunday by Armenian forces, confirmed Hamid, a commander from the group.

Relatives organised condolence ceremonies in various refugee camps in northern Syria as bodies begin to return. The Syrian Office of Human Rights (SOHR) estimates at least 107 Syrian mercenaries have been killed and at least 30 more have been injured in the conflict.

Last Saturday, Mohammed, a young fighter with light blue eyes from Maaret Al Numan, was declared dead. A picture of him in an olive grove in happier times was shared with The National by his close friends.

Hamid claims to have sent around 15 of his men to Nagorno-Karabakh since September 18.

“The recruits are gathered at the Hawar Kilis operations centre, on the border with Turkey. They mainly come from two factions of Syrian opposition armed groups: Sultan Murad Brigade and Al Hamza Division, but more are joining … Every day, a new convoy leaves”, he explains.

Hamid said there was no shortage of volunteers: several thousand men registered with the Turkish authorities.

“They were told that they would keep military or strategic installations like oilfields and that they would serve as an interposition force,” says Hamid. Last Friday, 200 men of Jaish Al Islam abandoned the Syrian ground conflict in favour of the fight against "the Armenians", without gaining permission from their commanders, a senior commander of the militia told The National.

Some of the Turkey-allied Syrian factions did not want to support this new war effort, scalded by the experiences in Libya.

Several thousand men were deployed to the North African coast at the beginning of the year to fight on the side of the Libyan Government of National Accord but received only a part of the enticing bonuses promised and found themselves thrown into more dangerous missions than they agreed to.

Hamid said that of the 200 fighters he went to Libya with, only about half returned. The others were killed or seriously injured. Families are still waiting for the compensation that Ankara promised.

Despite the dangers, recruiters have no difficulty in convincing new fighters, said Hamid. The distress and poverty in Syrian refugee camps push many to try their luck.

“There are a lot of intermediaries who do their shopping, choose young people in good shape and good health. They go to refugee camps, recruit civilians and young people, sometimes minors,” he said. Fighting for money has become, for many men in the prime of life, a rare way out of Syria, where life opportunities are dwindling amid a nine-year war.

Mohammed, a 29-year-old father of three, landed in Baku on October 2 along with dozens of other Syrian volunteers. He had signed up to go to Libya but was not called by his commanders. He did not want to miss this second opportunity.

“When we got off the plane, we were brought in military convoys to the front line. There, we are on a Turkish base. It's cold, we don't understand the language and the officers only give us access to the internet so that we can notify our families,” he says.

“But I'm happy to be travelling abroad,” he says, before his phone suddenly cut off.

Azerbaijan has denied the use of foreign mercenaries, accusing Armenians of spreading fake news. Turkish state media and pro-government sources have thrown a similar accusation at Armenia, sharing unverified footage purporting to show militiamen coming from Syria to fight with Armenian forces on social media.

These fighters appeared to be volunteers of Armenian heritage coming from Syria and Lebanon to defend their “motherland” and its territory under attack.

“We are there to prevent a new genocide like the one Turks did 100 years ago against our ancestors. We won't let them repeat that," said Vartan, a Lebanese Armenian who was preparing to fly to Yerevan.

These were the details of the news Turkey's Syrian militias in Nagorno Karabakh ask: 'Why are we here?' for this day. We hope that we have succeeded by giving you the full details and information. To follow all our news, you can subscribe to the alerts system or to one of our different systems to provide you with all that is new.