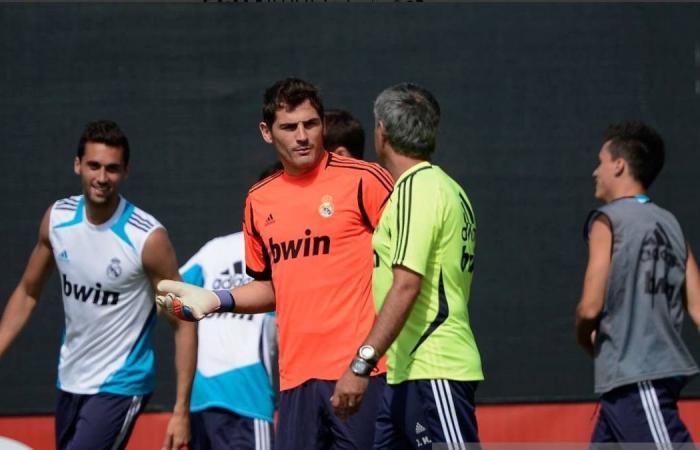 Legend denied guarding Real Madrid، Iker CasillasBad relationship with his former coach, Portuguese Jose MourinhoIn light of beliefs that their relationship was shattered, the reason for misunderstanding inside the Madrid dressing room.

After years of these stories, Casillas revealed the nature of things with Mourinho, a coach Tottenham Hotspur The Englishman is currently, and he has proven the humanity of the Spurs coach.

Casillas spoke about Mourinho, during an interview with “ESPN”, saying: “Many people do not know this, but Jose Mourinho was one of the first 3 people who contacted me to find out about my condition,” referring to his heart attack last year during Sharing it with Porto.

And the Spanish legend continued: “I have seen people whom I have not seen for a long time, and this makes you think about simple matters, live more day after day, and stop getting along in your own world and mind only, and what he loves to do is think about what you will do today.”

Also read: Courtois: I hope to be like Casillas

The world champion with Spain in 2012 added that having a heart attack changed his life completely, noting: “I had more luck, and there are people who did not get a part of it, at least I would leave this world, but the circumstances made me evaluate everything, and I A special person, and if I can get close to football, I will.And Casillas had suffered a heart attack on May 1, 2019, and suffered from a blockage in his right artery, but he was able to recover after a while under the supervision of the Porto medical device.

It is worth noting that Casillas had previously admitted the end of his career in a way he did not wish for, as he retired from the round witch on August 4, and on the other hand, he had indicated that Jose Mourinho, the former Merengue coach had excluded him from the team in 2012 and favored Diego Lopez due to reasons Only personal, not artistic.

These were the details of the news Casillas reveals Mourinho’s humanity after suffering a heart attack for this day. We hope that we have succeeded by giving you the full details and information. To follow all our news, you can subscribe to the alerts system or to one of our different systems to provide you with all that is new.