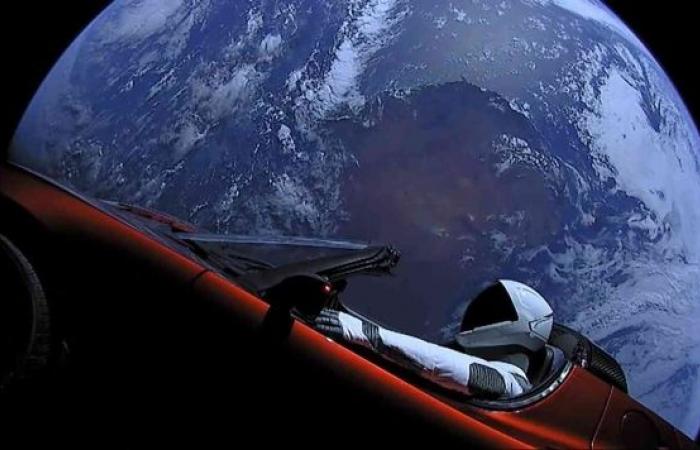 Jonathan McDowell, an American astronautics expert, announced that SpaceX’s Tesla Roadster, which launched into space in 2018, has flown 7 million kilometers from Mars.

It is noteworthy that this vehicle was launched into space in February 2018 by the first Falcon-Heavy transport rocket. The vehicle and the doll remained attached to the second stage of the missile, which is in orbit around the sun.

The American expert indicates on his Twitter website that according to his calculations, the car flew 7.41 million kilometers from Mars at 10.25 UAE time on October 7. This distance is the shortest distance that a Tesla Roadster can approach from the Red Planet, according to “Russia Today”.

Elon Musk had previously announced that he intends to send one million people to the Red Planet by 2050. His company, SpaceX, is designing a transport system consisting of reusable Super Heavy transport rockets and Starship spacecraft.

This system allows the transfer of satellites, people and goods to Mars.

These were the details of the news Elon Musk’s Car Flies Near Mars – Think & Art –... for this day. We hope that we have succeeded by giving you the full details and information. To follow all our news, you can subscribe to the alerts system or to one of our different systems to provide you with all that is new.