From Al-Barajil to the Police Department .. Watch the moment of... 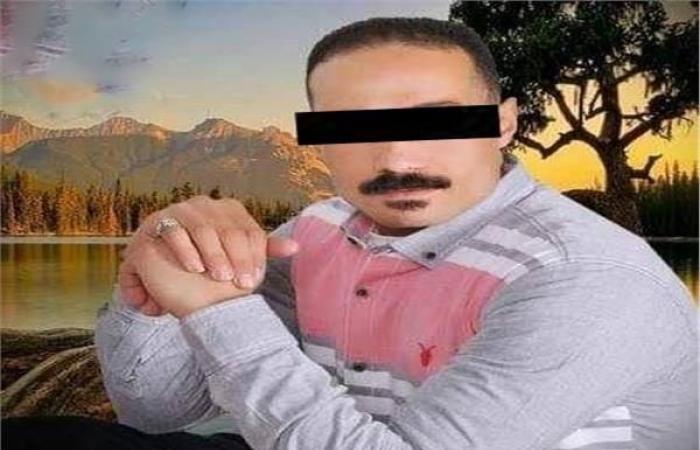 “Akhbar Al-Youm portal” obtained a picture of Antel Giza after he was arrested in the Oseem area, after he shared pornographic videos with a number of women and girls.

Social networking sites circulated some photos and videos of Antel Giza, who is accused of having sexual relations, with a number of women and photographing them in abusive conditions, and the accused was taken into custody by some citizens and handed over to the security services, to take the necessary legal measures.

It turned out that Antel Giza appeared in 100 videos with 13 women, and that he used to photograph them surreptitiously, in order to financially blackmail them, and for fear that one of them would cut off their relationship with him if he did not obey his requests.

The detectives in Giza were able to arrest the accused, who had sexual relations with a number of women, and photographed them without their knowledge, motivated by blackmail, forcing them to submit to him, and repeatedly practicing their relationship with them again, except that the leakage of videos from his mobile phone led to his disclosure.

Investigations revealed that the accused works as a butcher, and entraps women, by establishing an emotional relationship with him, and his consent to practice vice, and to obtain sums of money from him in return, and the detectives kept the cellphone of Antel Giza, and it was found that it contains nearly 58 clips. A sexual video of him, in addition to other video clips that were downloaded from the Internet, and through examining the video clips, the identity of 3 women who appeared with him were found in abusive conditions, and the prosecution was notified in preparation for interrogation if the investigations required this.

These were the details of the news From Al-Barajil to the Police Department .. Watch the moment of... for this day. We hope that we have succeeded by giving you the full details and information. To follow all our news, you can subscribe to the alerts system or to one of our different systems to provide you with all that is new.