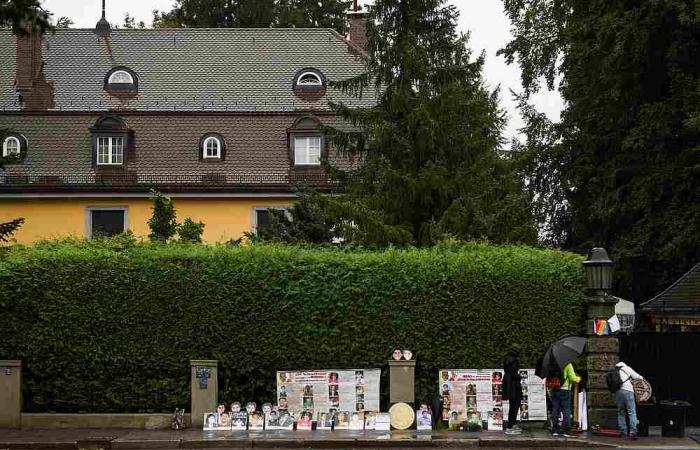 BERLIN, Oct 8 — Germany’s foreign minister has said that Thailand’s King Maha Vajiralongkorn should not be conducting politics from the European country, where he spends much of his time.

Foreign Minister Heiko Maas responded to a question by a Greens member of parliament in the Bundestag yesterday at a time that King Vajiralongkorn’s monarchy faces unprecedented calls for reform from protesters in Thailand.

“We have made it clear that politics concerning Thailand should not be conducted from German soil,” Maas told parliament.

“If there are guests in our country that conduct their state business from our soil we would always want to act to counteract that.”

Thousands of protesters have been holding demonstrations in Bangkok over recent months calling for reform of the monarchy to curb the king’s powers and for the removal of Prime Minister Prayuth Chan-ocha, a former junta leader, and a new constitution and elections.

Greens parliamentarian Frithjof Schmidt also asked Maas whether Germany was prepared to discuss with the European Union (EU) freezing free trade talks with Thailand again “as long as the junta continues to block the path to democracy in Thailand”.

The EU halted contact at all levels with Thailand after a 2014 coup but resumed trade talks after a general election last year that saw Prayuth reinstated as a civilian prime minister.

Maas said that halting negotiations was “an option” to exert pressure but it would be right to discuss with Thailand first.

Neither the Royal Palace in Bangkok nor the Thai government responded immediately to a request for comment.

Protesters challenging Thailand’s palace and army-dominated establishment broke a long-standing taboo by demanding reform of the monarchy in August.

King Vajiralongkorn, 68, has been on Thailand’s throne since 2016, but spends much of his time in Bavaria, where his 15-year-old son is at school.

Thai protesters have complained about the cost of the king’s stays in Europe as well as his absence from the kingdom.

The protesters seek to reduce the king’s powers under the constitution, which specifically allows him to exercise powers when he is outside Thailand without appointing a regent.

Protesters also want to remove his direct control of a royal fortune valued in tens of billions of dollars and some units of the army. The Palace has made no comment on the protests.

In the German parliament, Greens member Schmidt asked: “Why does the German government tolerate this extremely unusual – and in my opinion illegal – behaviour of a foreign head of state conducting politics on German soil?”

Protesters in Thailand today said they would rally again next Wednesday and expected a big turnout to pressure the government to step down and press their calls for reform of the monarchy. — Reuters

These were the details of the news Germany says Thai king cannot rule from there for this day. We hope that we have succeeded by giving you the full details and information. To follow all our news, you can subscribe to the alerts system or to one of our different systems to provide you with all that is new. 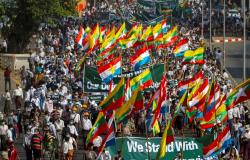