Rihanna apologizes after using a prophetic speech to display her underwear 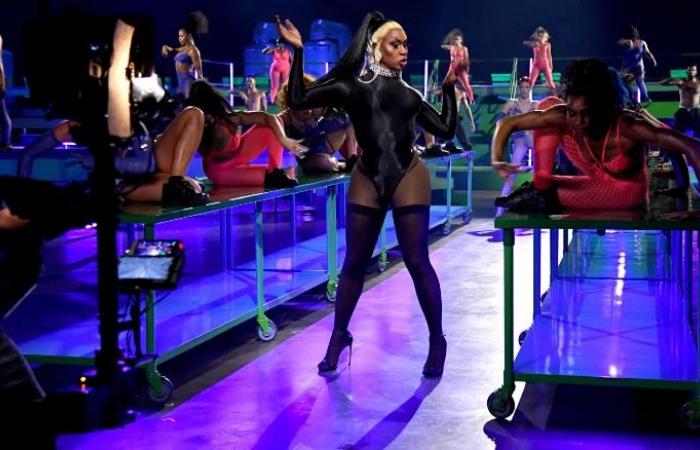 Elaf from Beirut: The international star, Rihanna, has been criticized on social media, after using the music of a song that contains some words from a prophetic speech, in her first promotional advertisement for her lingerie line under the name Savage X Fenty.

Rihanna has angered millions of Muslims around the world after using the music of the song DOOM by the famous English singer Coucou Chloe, in which he uses words from a prophetic hadith.

And this song was released in 2017, and it contained words from the hadith of the Prophet, which angered Muslims when it was presented, so that Rihanna used the song in her new promotional campaign.

The model for the show apologized and wrote: “I bear full responsibility for my negligence and my failure to search and scrutinize more about the meanings of the words I used in my song .. I would also like to thank all those who took their time to explain to me what I did .. I promise you that the song will be removed in shape. “Full of different websites and listening platforms as quickly as possible.”

For her part, Rihanna said that she did not know the significance of these words and wishes that people did not think that she intended this and she is very sad because she saddened Muslims.
The announcement had included the phrase “We will kill now one of the polytheists”, and it is part of an Islamic hadith by Abu Musa in which he said: The Messenger of God, may God bless him and grant him peace, said: “There is no shame in the hands of the time he said: killing It is not by killing the polytheists, but by killing some of you, so that the man kills his neighbor, kills his brother, kills his uncle, and kills his cousin. They said: We have our minds on that day? He said: It is to remove the minds of the people of that time and leave him wasted people, most of whom think that they are on something and not on anything.

It is noteworthy that the fashion show carried a positive message towards people of high weight who are often ignored by international brands.

Bella Hadid opened the pre-filmed Savage X Fenty last month at the Los Angeles Convention Center videotaped.
The 23-year-old model shared some of the scenes of the show through her own account on a social networking site, where Bella appeared in a sexy and bold look, and reality TV star Chloe Kardashian commented: “Yes, you should walk.”

Bella joined many celebrities in the show, including Demi Moore, Cara Delevingne, Irina Shayk, Erica Jane, Lizzo, Normani and Paris Hilton, and the convention center also included many of Travis Scott’s shows, Bad Bunny, Rosalia, Ella May and others.

These were the details of the news Rihanna apologizes after using a prophetic speech to display her underwear for this day. We hope that we have succeeded by giving you the full details and information. To follow all our news, you can subscribe to the alerts system or to one of our different systems to provide you with all that is new.