Experts … the wasted money of Iraq is sufficient for “building... 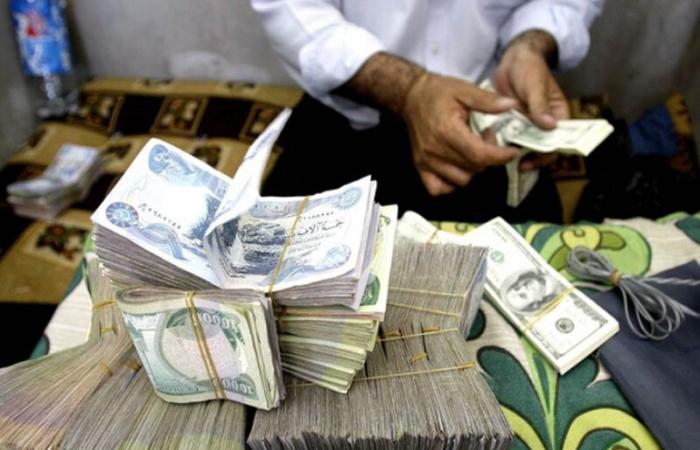 Iraq is considered one of the countries that have been the most wasted of resources, whether through cataract or theft, etc., which deprived Iraqis of funds, if they existed, to change the situation of Iraq upside down.

Among the more than a trillion dollars the total budgets of Iraq since 2003, according to economists, more than 250 billion of them were lost due to “administrative corruption”, as Iraqi Finance Minister Ali Allawi says.

Allawi said in an economic seminar reported by the “Iraqi National News Agency” that the disbursement of these funds was a “financial benefit” for some parties, which led to a decline in the state’s capabilities.

According to experts, the money lost from Iraqi budgets is greater than the amount that the Minister of Finance talked about, which he said was “sufficient to build several countries.”

The economic expert, Manar Al-Obaidi, says to Al-Hurra that the total of Iraq’s budgets for the years following 2003 is more than $ 1.1 trillion, stressing that “the amount that the Minister of Finance talked about is only for the money that was lost without official exchange restrictions.”

The sums that are not related to official data for their disbursement resources are considered “unaccounted for”, according to an official source in the Iraqi Financial Supervision Bureau.

The source told Al-Hurra that this money simply “evaporated”, and attempts to uncover its fate were unsuccessful, but the time period for the “loss” of the bulk of it was between 2008 and 2014.

Nuri al-Maliki, Secretary General of the Islamic Dawa Party, assumed the post of prime minister in Iraq for the years 2006-2014.

The economist, Manar al-Ubaidi, said that the real amount of “wasted” money is estimated at “400-450 billion US dollars,” or about 40 percent of the total budgets of Iraq.

The amount is also sufficient to buy 28 thousand F-16s, each of which costs about 16 million dollars, or is sufficient to give each Iraqi individual an amount of 10 thousand dollars.

According to Al-Obaidi, “fake contracts and contracts, exaggerated at their prices, employees who are not really present, and operating expenses, investment projects and contract transfers are the major waste of Iraqi funds.”

But the biggest waste is “mismanagement, planning and politicization of the economy,” according to the economist, Salam Suhail.

“The thefts were very large, but the waste associated with mismanagement and planning is greater because corruption is linked to mismanagement, over-reliance on the public sector and government employment as well,” Suhail said.

Iraq had about 850,000 employees before 2003, whose numbers have risen to more than 4.5 million employees now, “most of them do not do any work,” according to Suhail, who said that most government departments have turned into “centers of drainage of time and money” for citizens.

Suhail believes that it is possible to manage Iraq with less than 500 thousand public employees, and to transform the Iraqi economy into a “private sector” economy to avoid the great waste of resources and corruption associated with the government sector in a large way.

“The issue is very complex,” Suhail says, adding, “I think that what was really spent on services such as education, health and defense does not exceed 30 percent of Iraq’s budgets, while the rest is distributed” between the pockets of the corrupt and black holes of waste, mismanagement, dependence on consumption and import subsidies at the expense of manufacturing the local”.

Suhail stresses that “the task of the Minister of Finance will not be easy, and talking about the numbers of waste and goods threatens the corrupt who are still very powerful.” He linked the leaks about the existence of a parliamentary campaign to dismiss Finance Minister Ali Allawi and his recent statements in which he talked about waste and corruption.

Iraqi lawmakers said that there is a move to dismiss the Iraqi Finance Minister, Ali Allawi, due to the delay in paying government employees’ salaries, while Allawi said that the delay in disbursement is linked to Parliament’s approval to pass a law for internal borrowing.

These were the details of the news Experts … the wasted money of Iraq is sufficient for “building... for this day. We hope that we have succeeded by giving you the full details and information. To follow all our news, you can subscribe to the alerts system or to one of our different systems to provide you with all that is new.