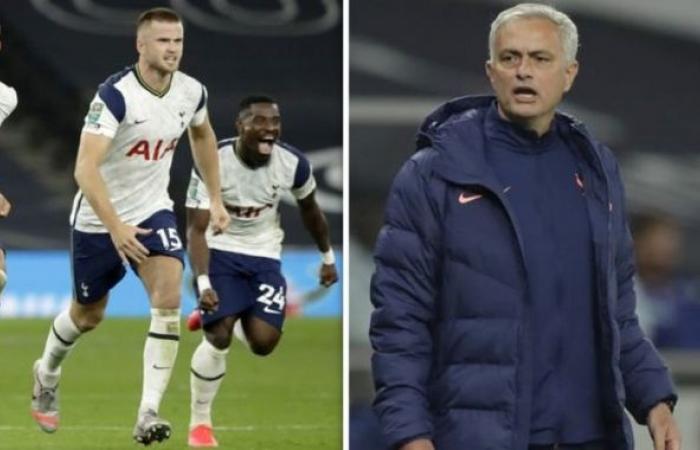 Yesterday, the English League Cup match between Tottenham and Chelsea witnessed a strange incident, during which Tottenham coach Jose Mourinho chased his player Eric Dyer to the toilet, after the player left the pitch and forced to play. Dyer said in a press statement that he had no choice but to leave the field, explaining that he was responding to the call of nature, in the match in which the “Spurs” excelled in penalties.

Dyer posted on his account in “Instagram” after he received the man of the match award, a picture of the prize, after he put it on the toilet, and commented, “The real man of the match.” And about the reaction of his coach Jose Mourinho, who ran after him, Dyer commented: “He was not happy, but there was nothing I could do about it. It is the call of nature, and I knew that our goal was attacked in my absence, but fortunately they did not score, and we ended up winning.” .

Dyer added: “I am very happy, proud of the way we played, and apart from the first 15 or 20 minutes, when we gave them so much time in possession of the ball, and we overreacted to them, then we were great for the rest of the game.”

These were the details of the news Mourinho chases his player to the “toilet” … and the Tottenham... for this day. We hope that we have succeeded by giving you the full details and information. To follow all our news, you can subscribe to the alerts system or to one of our different systems to provide you with all that is new.