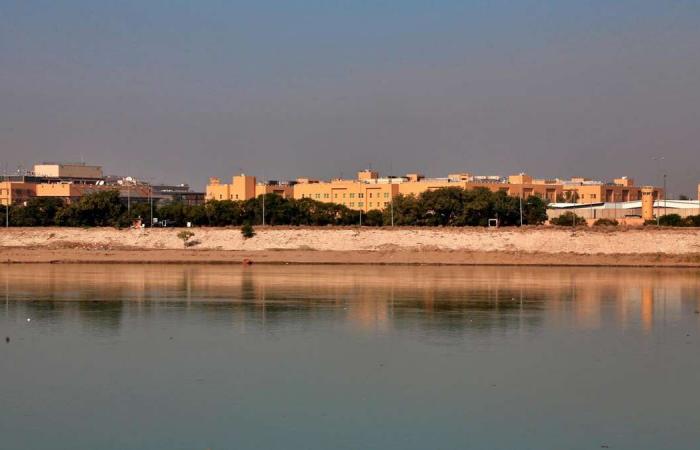 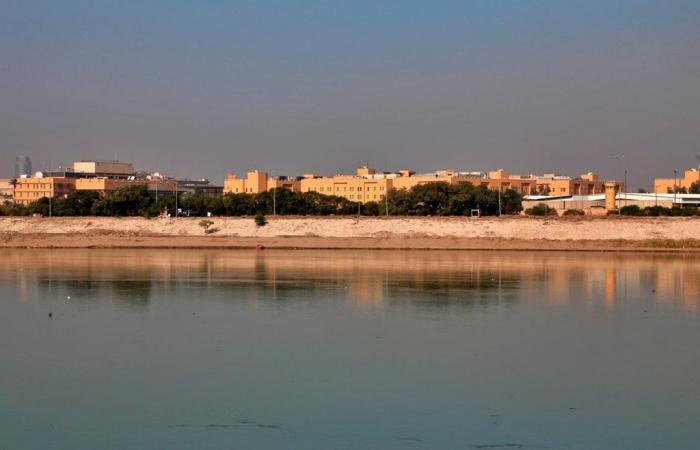 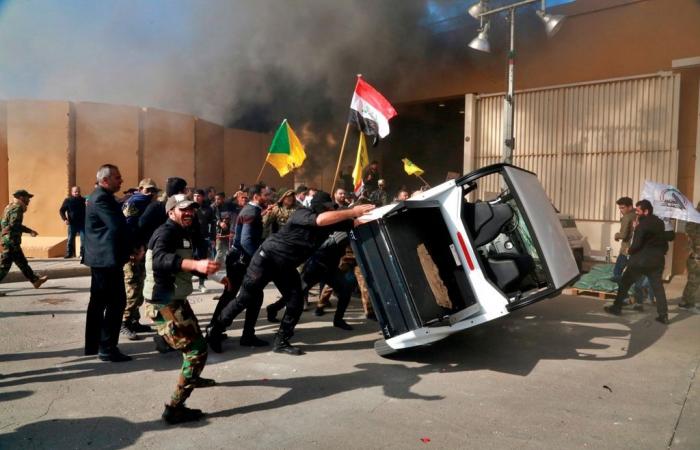 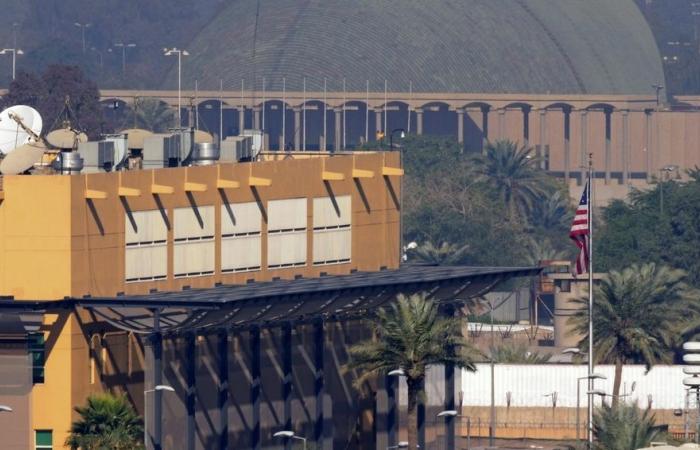 Thank you for your reading and interest in the news US will close Iraq embassy unless government secures Green Zone, sources say and now with details

Hind Al Soulia - Riyadh - The United States is prepared to shutter its embassy in Iraq unless tangible action is taken in the coming days to halt attacks on the outpost and American soldiers, sources in Baghdad confirmed to The National.

Secretary of State Mike Pompeo threatened to close the embassy during a phone call a week ago to President Barham Salih, two Iraqi government sources told Reuters. The news was confirmed to The National by sources close to the Iraqi government who said that no final decision has been taken but regarded the US warning as “serious”.

Washington has reportedly already begun preparations to withdraw diplomatic staff if the move is made, Reuters said.

The sources added that reports that diplomats may simply relocate to the relative safety of Erbil in Iraq’s Kurdish autonomous region were untrue and a closure would mean embassy staff leaving Iraq.

Washington blames Iran-backed militias for firing rockets towards their embassy on a near weekly basis for months, as well as for shelling Iraqi bases housing international troops, including many of the 5,000 US soldiers.

The last rocket attack on the US embassy was nearly 10 days ago, where a Katyusha fell inside the Green Zone, causing no injuries or damage.

Now, the sources told The National, Washington is seeking clear and tangible action from the government of Mustafa Al Kadhimi to end the attacks and hold perpetrators to account.

In the wake of Mr Pompeo’s call, Iraqi sides have been engaged in high-level consultations on how to meet the US demands.

Populist Iraqi cleric Moqtada Al Sadr, followed by millions of Shiites in the country, last week proposed establishing a joint committee with the government, parliament and security forces to find a way to halt attacks on diplomats.

At the heart of the US proposal, the sources in Baghdad said, was the security of the heavily fortified Green Zone. It houses numerous embassies – including the American embassy that was constructed to be the biggest US diplomatic outpost in the world – as well as the Iraqi parliament and other official buildings.

While Washington recognises that the rocket attacks are coming from outside the cordon, they point to the “thousands” of Iran-backed militiamen that are based within its confines.

The Americans want these paramilitaries removed by the government, state security to bolster defences around the area and the deployment of more reliable forces.

“They said there can be no long-term solution without an end to the impunity for attacks as well as armed groups,” one Iraqi source said.

Commenting on the news, a western diplomat from a US ally said that there was support for Mr Al Sadr’s proposal and clear action is needed.

“The prime minister needs the active support of all the main political leaders to be able to tackle the security threats from rogue militia groups,” the diplomat told The National.

Protesters and militias try to storm US embassy 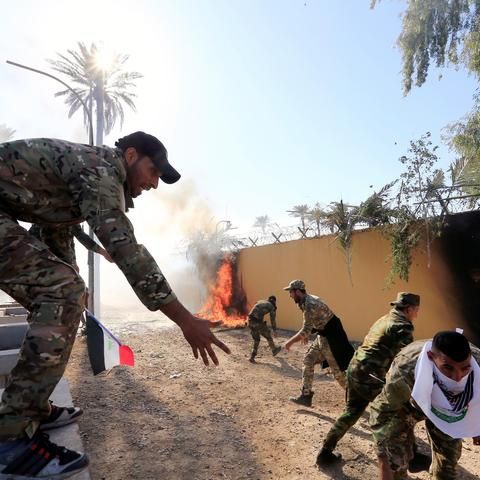 The US ambassador confirmed Washington’s support for Baghdad’s anti-terrorism operation and said it will provide assistance in “overcoming current challenges”.

After the US-led invasion of Iraq in 2003 to remove Saddam Hussein, the Green Zone was established to provide a secure haven away from the turmoil to allow diplomats to work and the Iraqi state to start rebuilding.

However, in 2019, then prime minister Adel Abdul Mahdi allowed the Popular Mobilisation Forces militias, officially part of the state security apparatus but only under close control of the government, into the area. Many of the security walls around the area have since been removed to open the zone, long seen as symbolising Iraqi leaders' detachment from the public.

US officials are concerned that these PMF groups are helping to co-ordinate the attacks on US positions.

The attacks, usually claimed by little known factions of the militias, have increased since January when a US drone strike killed Iran’s Islamic Revolutionary Guard Quds Force leader Qassem Suleimani and PMF leader Abu Mahdi Al Muhandis near Baghdad airport. It is not only the US that has been targeted, with a British diplomatic vehicle hitting an IED on the road to Baghdad airport this month. A UN convoy was also targeted recently.

After the assassination, thousands of protesters tried to storm the embassy until the US deployed reinforcements and Iraq sent in the Golden Division to secure the area.

The move to close the embassy, diplomats and sources say, could mark the start of a more aggressive US stance towards Iranian groups in the region.

The administration of President Donald Trump has taken a tough line on Iran, exiting the 2015 nuclear accords two years ago, sanctioning dozens of officials and companies and assassinating Suleimani, who oversaw Tehran's regional armed proxies. The warning came weeks before the US presidential election on November 3 – a sensitive time in which American officials reportedly worry that Iran may attempt to increase attacks.

One western diplomat told Reuters that the US change could herald “strikes” and that Washington did not “want to be limited in their options” to pressure Iran or pro-Iranian militias in Iraq.

MP Jaber Al Jaberi said that the US closing its outpost could lead other countries to follow suit. Sources said up to 12 other diplomatic missions rely on the "US-provided security umbrella” to operate in the country.

“Other European countries will follow their direction and close their embassies. Iraq will be in the same scenario as Yemen,” Mr Al Jaberi told The National.

Rockets must be stopped from targeting US interests in Iraq, Sarkwat Shams, another Iraqi MP, said. “It will be a disastrous diplomatic failure for us and the US. Militias are threatening Iraq before they threaten the US,” Mr Shams added.

These were the details of the news US will close Iraq embassy unless government secures Green Zone, sources say for this day. We hope that we have succeeded by giving you the full details and information. To follow all our news, you can subscribe to the alerts system or to one of our different systems to provide you with all that is new.