Al-Riyadh Newspaper | Those who have recovered from Corona monitor... 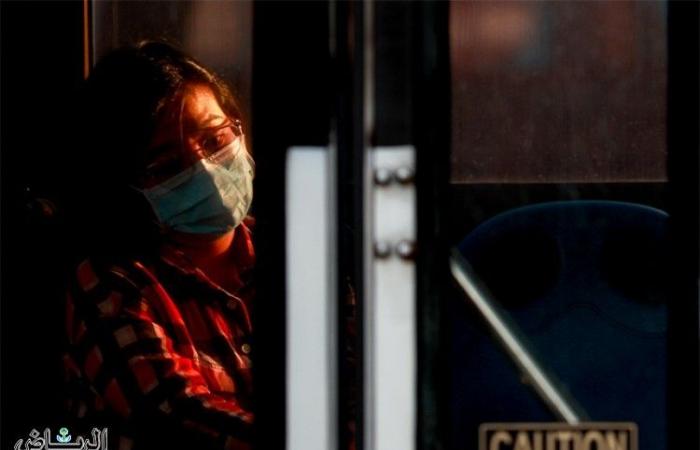 A press report stated that those recovering from infection with the “Coronavirus” reported that in the long term they feel the emergence of worrisome symptoms after months of recovery. These symptoms include feeling confused in the brain, bed-wetting and itchy skin, and a comprehensive list of symptoms was compiled by those who were still suffering from the effects of their diagnosis earlier this year.

Long-term coronavirus sufferers have reported 172 worrisome symptoms – some that continued months after their recovery, according to the British newspaper, The Sun.

These symptoms come after collecting results from a group on “Facebook” called “post-infection symptoms” for those who suffer from symptoms long after the outbreak of the first virus.

The group was created last May, with up to 200 people subscribing per day. More than 3,000 members from more than 60 countries joined the group, and joiners reported more than 170 shows after the recovery.

“People report a lot of the symptoms they get – we counted 172 symptoms,” said Louise, the group’s founder. But doctors do not believe them, they say they are fabricating it, ”according to the British newspaper. The most prominent of these symptoms are as follows:

Symptoms related to the nervous system: such as violent attacks, violent shaking, feeling of vibrations inside the body, trembling, twitching of the fingers, and strange sensations at night such as feeling fear, brain confusion, confusion and forgetfulness, and a feeling of numbness in the fingertips.

Symptoms on the heart and blood vessels: pain and tingling in the heart, and heart palpitations.

Sensory changes: extreme thirst, loss of sense of smell, loss of appetite, loss of taste, hearing strange noises at night, feeling bright lights in the eyes, shadows in the corner of the eyes, feeling ringing in the ears.

Respiratory symptoms: shortness of breath, lung bruising, feeling tight in the chest, feeling of pressure on the lung, coughing when lying down, coughing, and possibly blood clots.

Digestive problems: noise in the intestine (above normal levels), diarrhea, changes in stool color, bloating, burping, and an increase or decrease in gas production.

Vision symptoms: blurry vision, feeling of black shadows in the corner of the eye, blurry vision with screens and bright lights that letters cannot be read.

Other (mixed) problems: sore throat and laryngitis, headache, movement problems while walking, circulation problems, cold hands, and migraine headaches, there are symptoms such as stroke, heartburn and a feeling of reflux.

Symptoms also include: dizziness, a metallic taste in the mouth, dysphagia problems, a feeling of water on the knee, lower back pain, numbness in the arms, neck and face, temporal arteritis, migraine, feeling fever without heat, burning or sparkling in parts of the body , Random bruising, and fluid retention.

Among the mixed symptoms: red marks on the body that last for hours, bruising under the nails, breast pain and swelling, coughing up blood, presence of blood in urine and stool, localized swelling in the feet, feeling sick, ear pain, toothache, feeling itching and burning in the eyes, and a decrease Oxygen levels, problems focusing attention, feeling unbalanced, pressure behind the eyes, poor grip in the fingers, sensitivity in the head, gingivitis, white coloration on the tongue, tingling sensation, and sensitivity of the skin in the hands and arms.

These were the details of the news Al-Riyadh Newspaper | Those who have recovered from Corona monitor... for this day. We hope that we have succeeded by giving you the full details and information. To follow all our news, you can subscribe to the alerts system or to one of our different systems to provide you with all that is new.

NEXT US shoots down China balloon airship over Atlantic