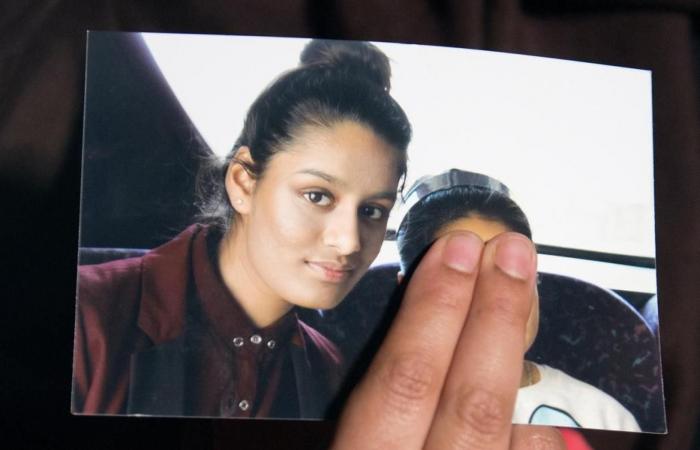 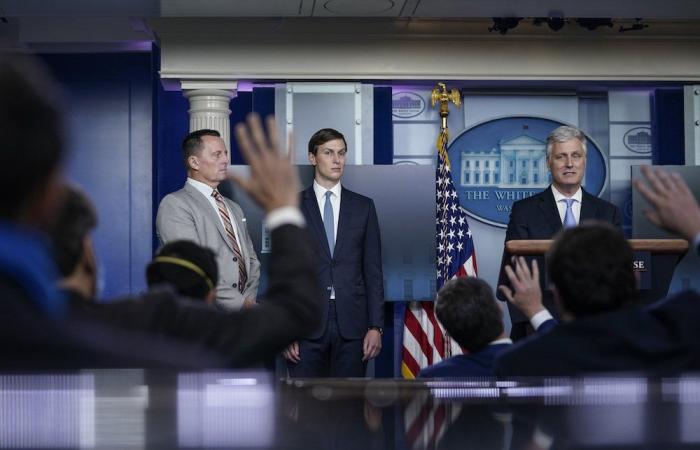 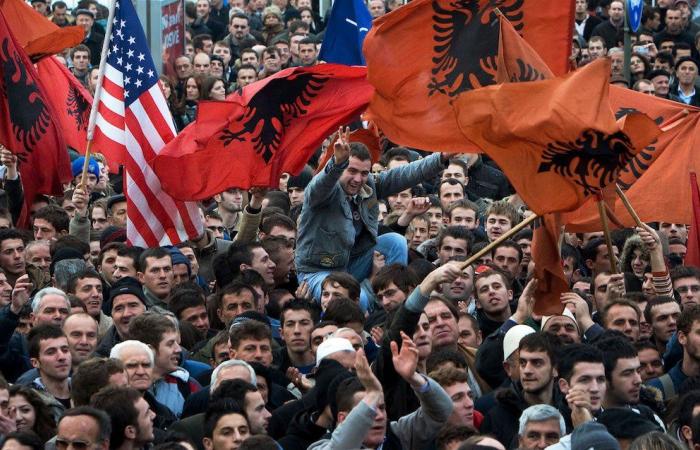 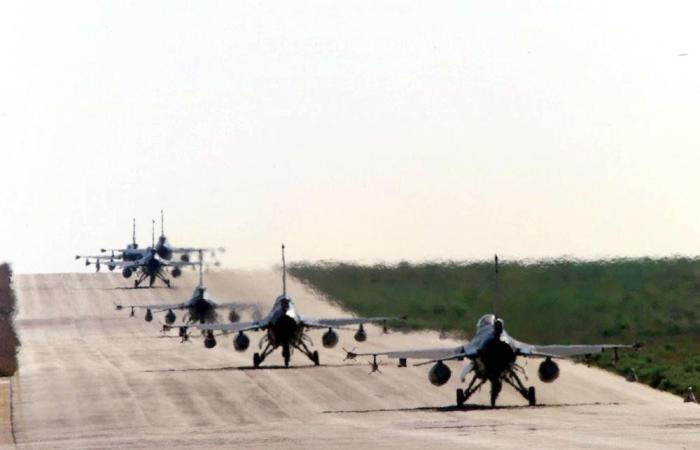 Jeddah - Yasmine El Tohamy - CHICAGO/ABU DHABI: Serbia and Kosovo, two nations that were once part of the former Yugoslavia, appear to be gingerly ending more than two decades of bitterness and antagonism, if a ceremony held at the White House on Sept. 4 is any guide.

US administration officials looked on as the leaders of the two countries signed an “economic relations” deal brokered by President Donald Trump. Alluding to the UAE-Israel rapprochement, Trump claimed the agreement had created another “normalization” between two warring nations.

The White House event was originally scheduled for June but was postponed after an international court indicted Hashim Thaci – the Kosovo president who was to have led his country’s delegation – for war crimes dating back to the 1998-1999 conflict.

The EU has mediated political talks between Serbia and Kosovo for more than a decade. The Trump administration’s effort is a parallel diplomatic initiative focused more on economic development.

Business leaders in both Serbia and Kosovo had been holding informal meetings among themselves to come up with ways to promote investment. These negotiations, conducted in different formats and on different levels, gained momentum when Trump appointed Richard Grenell, the combative former US ambassador to Germany, as his special envoy in October 2019.

A significant outcome of the Kosovo-Serbia dialogue was a deal in January on restoring commercial flights between Belgrade and Pristina, followed in February by an agreement to resume rail services. The Sept. 4 White House-brokered deal could provide the shot in the arm that the region’s business community needs.

While more negotiations are obviously required, the agreement does give Trump bragging rights to yet another political victory in the final weeks of his re-election campaign.

“It has taken tremendous bravery by (President Aleksandar Vucic) of Serbia and (Prime Minister Avdullah Hoti) of Kosovo to embark on these talks and to come to Washington to finalize these commitments,” Trump said.

“By doing so, they have made their countries, the Balkans, and the world safer. I look forward to seeing Serbia and Kosovo prosper as we work together on economic cooperation in the region going forward.”

Joe Biden, the Democratic candidate for US president in the Nov. 3 election, was explicit in standing by Kosovo’s drive for full recognition. “I don’t know what the deal is,” said the former American vice president and longtime member of the Senate Foreign Relations Committee. “What I have argued relative to Serbia and Kosovo is that Kosovo should be independent, not a part of Serbia. I spent a lot of time there. I assume that would reinforce that independence.”

However, Serbian officials pointed out that the deal did not amount to an official recognition of Kosovo. “We thought it should not be in a document about economic normalization, that we couldn’t accept it,” Vucic said.

“People from the Trump cabinet listened (to) what we had to say, they were fair, and I believe that in other documents that article is no longer there.”

He noted that the two countries “haven’t resolved all our problems. There are still differences,” but acknowledged that having a unified economic zone with Kosovo was a “huge step forward.”

Hoti also described the economic cooperation as a “huge step forward” in the relationship, adding that the two leaders were committed to working together.

According to Grenell, the US and EU have accepted a division of tasks and roles, with the latter focusing “on the political aspects” and the former addressing the economic side of the Serbia-Kosovo dialogue. While some EU officials are known to be cool to the US efforts, Balkan analysts say the White House agreement’s fine print signals a potential thaw in relations after years of hostility.

Serbia has pledged to stop its campaign to get countries to “derecognize” Kosovo for one year, while Kosovo has promised to stop applying for membership of international organizations during the same period.

Both Kosovo and Serbia agreed to work more on issues of missing persons, refugees, and internally displaced persons from the Kosovo war, as well as to recognize, among other things, each other’s higher education diplomas.

Trump drew parallels between other moves by the two Balkan countries and the UAE-Israel rapprochement, which was announced from the White House in August. “Another great day for peace with Middle East – Muslim-majority Kosovo and Israel have agreed to normalize ties and establish diplomatic relations. Well-done! More Islamic and Arab nations will follow soon!” he said in a tweet.

After the UAE, the US is counting on additional Arab states, including Sudan, Bahrain, and Oman, to normalize relations with Israel. The first commercial flights between Israel and the UAE have already begun, with Saudi Arabia and Bahrain to allow them to pass through their airspace.

Trump noted that one of Kosovo’s first decisions was to announce it would recognize Israel and open an embassy in Israeli-controlled Jerusalem, a city that is at the heart of the Middle East conflict.

“We have also made additional progress on reaching peace in the Middle East. Kosovo and Israel have agreed to normalization of ties and the establishment of diplomatic relations. Serbia has committed to opening a commercial office in Jerusalem this month and to move its embassy to Jerusalem by July,” Trump said.

For Trump, a diplomatic breakthrough in the Western Balkans is likely to have a personal significance. His wife, First Lady Melania Trump, was born in Slovenia, one of the countries formed following the breakup of Yugoslavia. She grew up in Sevnica in Slovenia, became a model and obtained US residency in 2001. She married Trump in 2005 and became a US citizen the following year.

As for Kosovo, it was a region of Serbia, which was a province of the former Yugoslavia formed after World War I in 1918. Kosovo broke from Serbia and Yugoslavia in 1998, sparking a violent conflict that lasted more than a year and that only ended when NATO intervened with a 77-day bombing campaign against Serbian targets in Kosovo and across Serbia.

Ten years later, on Feb. 17, 2008, Kosovo declared its independence from Serbia and the former Yugoslavia, again without any agreement with Serbia. Two years on, The Hague-based International Court of Justice, a civil court that hears disputes between countries, ruled in a landmark advisory opinion that Kosovo’s 2008 declaration of independence did not violate international law.

Today, the Republic of Kosovo is recognized by 116 countries, with the exception of Serbia, Russia, China, and some EU member states. The non-recognition by five EU member states – Slovakia, Cyprus, Spain, Greece, and Romania – has prevented the EU from engaging with Kosovo to the same extent it can with the other Western Balkan countries.

The Serbia-Kosovo war created a high level of bitterness involving accusations of widespread civilian massacres. Many present-day Kosovo politicians, including Thaci, played a prominent role in the movement that pitted ethnic Albanians against Serbs.

After the conflict of 1998-1999, the International Criminal Tribunal for the former Yugoslavia (ICTY) at The Hague indicted 161 people with war crimes. Of those charged, 94 were Serbian leaders accused of war crimes, and nine were Albanians associated with Kosovo.

The tribunal was later replaced in 2005 by the Kosovo Specialist Chamber, an EU-backed entity governed by Kosovo laws, financed by the EU, and made up of international judges and prosecutors.

These were the details of the news UK Supreme Court to hear extremist bride’s citizenship case in November for this day. We hope that we have succeeded by giving you the full details and information. To follow all our news, you can subscribe to the alerts system or to one of our different systems to provide you with all that is new.