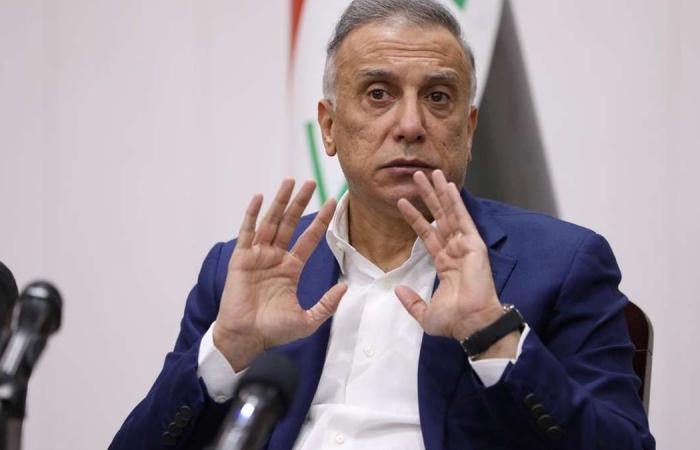 Thank you for your reading and interest in the news Iraq has taken 'first steps' towards punishing killers of protesters, Kadhimi says and now with details

They turned violent as a heavy-handed approach by security forces led to the deaths of more than 500 people, with thousands injured.

“The first duty of any government is to defend the rights and dignity of its citizens,” Mr Al Kadhimi said on Saturday during a meeting with members of the Independent Human Rights Commission.

The protesters appeared to be independent of any political party and seemed to have taken the security forces by surprise.

Various human rights organisations called on the government to rein in the security forces and investigate the killings.

“The government has made an accurate account of those who were killed and injured, and it is now proceeding with legal matters,” Mr Al Kadhimi said.

He showed real support for the rights commission in bringing the perpetrators to justice, Ali Al Bayati, a member of the body, told The National.

“We had different meetings with many other ministers and from the first impression, some of them were not aware about the mandate of the commission,” Mr Al Bayati said.

The commission was established to monitor the government’s actions in bringing justice to the public for human rights breaches, he said.

“If they don’t understand the mandate then I cannot do my job," Mr Al Bayati said.

The meeting with Mr Al Kadhimi focused on the breaches committed during the protests.

“We focused on co-operation to investigate all violations and to take real steps to stop it from occurring again," Mr Al Bayati said.

"The prime minister welcomed that and mentioned that the government is ready to provide help and support."

Transparency and real accountability are needed to achieve solid results, he said.

This month, activist Reham Yacoub was shot dead in the southern Iraqi city of Basra. It was the third attack and second killing in a week.

Yacoub was a doctor who led anti-government protests in the city.

Her death and that of fellow activist, Tahseen Oussama, days earlier, started a new wave of anti-government protests that demanded authorities to find those responsible.

After the killings, Mr Al Kadhimi sacked the heads of Basra police and national security, and opened an investigation into the violence.

Basra, which produces a massive share of Iraq's oil, has been rocked by large-scale anti-government protests since October.

These were the details of the news Iraq has taken 'first steps' towards punishing killers of protesters, Kadhimi says for this day. We hope that we have succeeded by giving you the full details and information. To follow all our news, you can subscribe to the alerts system or to one of our different systems to provide you with all that is new.