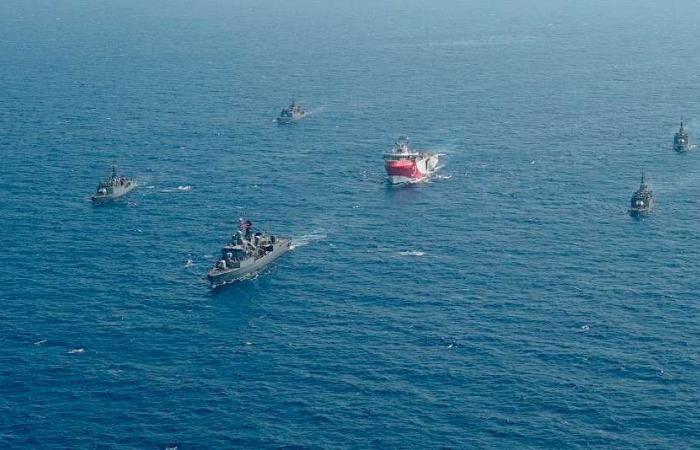 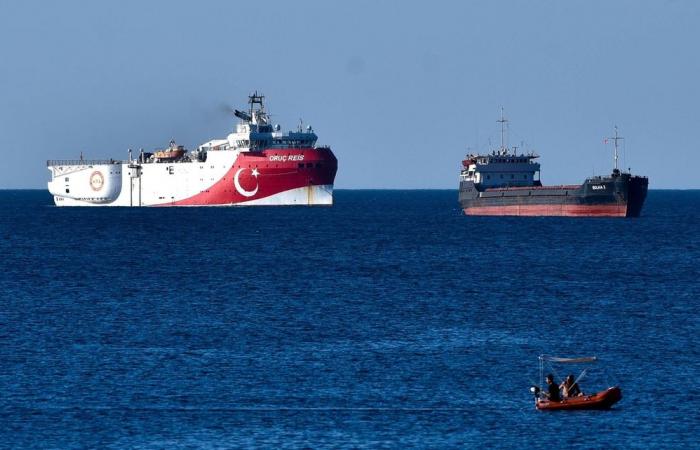 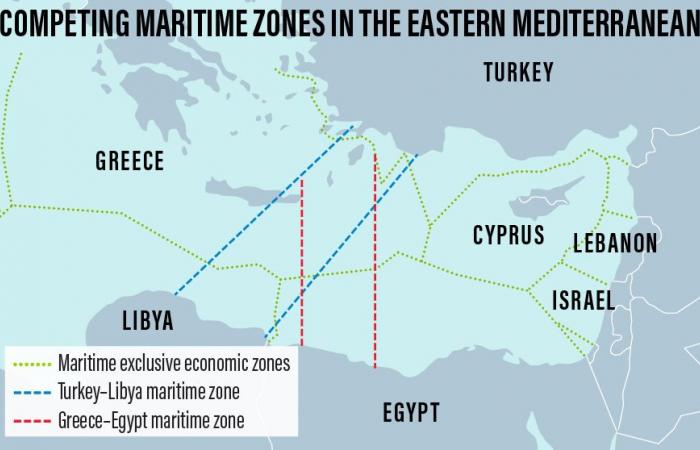 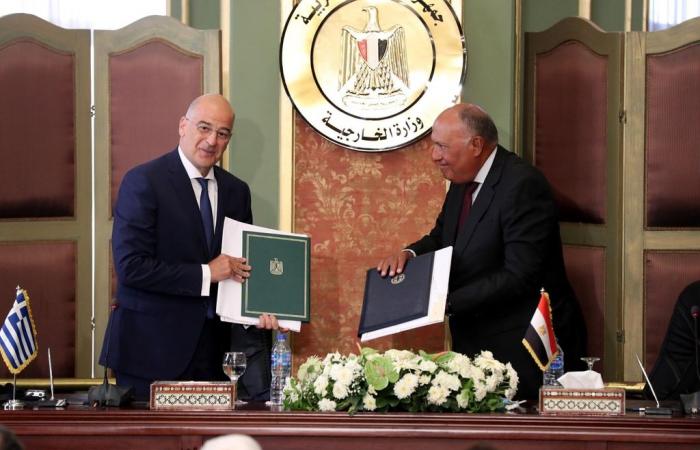 Hind Al Soulia - Riyadh - Greece has moved in almost its entire naval fleet in response to manoeuvres in the eastern Mediterranean by a Turkish research vessel and accompanying warships.

The Greek vessels, which are accompanied by submarines and aircraft, have formed a line blocking any further advance by the Turkish research ship Oruc Reis, which arrived between Crete and Cyprus on Monday.

The Greek press has reported that in total Turkey has more than 17 ships in the contested waters between the Greek islands of Rhodes and Kastellorizo.

These vessels have been sent in addition to the warships accompanying the Oruc Reis.

The research vessel has reportedly started dropping cables, part of the seismic analysis process, but cannot continue its survey because of its proximity to hostile Greek ships.

The Turkish coastguard said a Greek vessel opened fire on a private Turkish boat. Two Turkish citizens and a Syrian were injured in the incident.

The naval build-up in the region was sparked by the departure of the Oruc Reis from its port in Antalya, Turkey.

Athens and Ankara are locked in a years-long dispute over access to water in the eastern Mediterranean that are rich in natural resources.

At the heart of the disagreement are areas that border the many Greek islands in the region.

The old dispute between Greece and Turkey has increasingly drawn in other Mediterranean nations and intersected with Libya’s violent internal conflict.

In December, Ankara and Libya’s Government of National Accord in Tripoli signed an agreement on maritime borders that favoured Turkey.

In exchange, Ankara promised military support to the government in Tripoli.

Last week, Greece and Egypt agreed to their one maritime border deal in the area.

The UAE has thrown its weight behind the Greek-Egyptian deal.

Turkey has railed against the Cairo agreement, calling it a provocation.

Last week, it said it would be conducting military exercises on Monday and Tuesday in a nearby area, south-west of the Turkish coast between Turkey and the Greek island of Rhodes.

"Greece will not accept any blackmail. It will defend its sovereignty and sovereign rights," Greece's Foreign Ministry said.

"We call on Turkey to immediately end its illegal actions that undermine peace and security in the region."

Germany and Nato, of which Turkey and Greece are members, have tried to defuse the situation.

Turkey has said Greece’s deal with Egypt forced it to withdraw from German-organised talks over the maritime boundaries.

Last month, during a similar standoff in the region, a confrontation was narrowly avoided only after an intervention by German Chancellor Angela Merkel.

Differences in policy in the eastern Mediterranean have brought into sharp focus contradictions within Nato and in the EU.

"The situation must be resolved in a spirit of allied solidarity and in accordance with international law," Mr Stoltenberg said later.

Greece plans to request an extraordinary meeting of the EU’s foreign affairs council over the continuing tension.

These were the details of the news Greece moves in naval fleet to Mediterranean over Turkish encroachment for this day. We hope that we have succeeded by giving you the full details and information. To follow all our news, you can subscribe to the alerts system or to one of our different systems to provide you with all that is new.