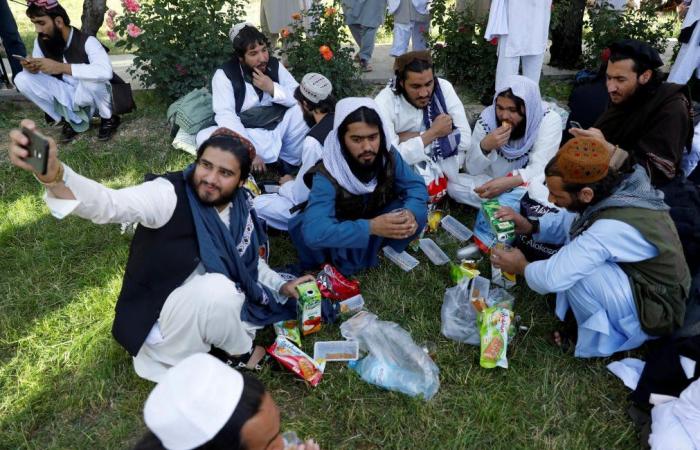 Jeddah - Yasmine El Tohamy - KABUL: Afghan President Ashraf Ghani on Friday ordered the release of 500 Taliban prisoners as part of a new cease-fire that could lead into long-delayed peace talks.
Ghani said the militants would be freed during the Eid Al-Adha holiday, which started Friday and has prompted a national cease-fire for three days.
The release would complete the government’s pledge to free 5,000 Taliban fighters as outlined in a deal the insurgents signed with Washington, he said.
“To show goodwill and accelerate the peace talks, we will release 500 Taliban prisoners in response to the group’s three-day cease-fire announcement,” Ghani said in an Eid speech.
However, the 500 inmates are not on the original list of 5,000 demanded by the Taliban.
Kabul authorities have already released 4,600 of those prisoners but are hesitating about the release of the final 400, deeming them too dangerous.
“I do not have the right to decide on the release of those 400 Taliban prisoners who are accused of serious crimes,” Ghani said, adding that a gathering of Afghan elders would decide their fate.
The Taliban, who have insisted on the release of those 400 militants, did not immediately comment.
The US-Taliban accord signed in February stipulated Kabul would release 5,000 insurgents in return for 1,000 government forces held captive by the militant group.
Late Thursday, the Taliban claimed they had completed the release of all 1,000 government prisoners.
The contentious prisoner swap is a key precondition for peace talks.
Both Ghani and the Taliban signalled this week they were ready for talks after Eid, provided the prisoner swap is complete.

These were the details of the news Afghan president orders release of 500 Taliban inmates for this day. We hope that we have succeeded by giving you the full details and information. To follow all our news, you can subscribe to the alerts system or to one of our different systems to provide you with all that is new.