Berlin’s diplomatic offensive seeks to turn the tide on Libya 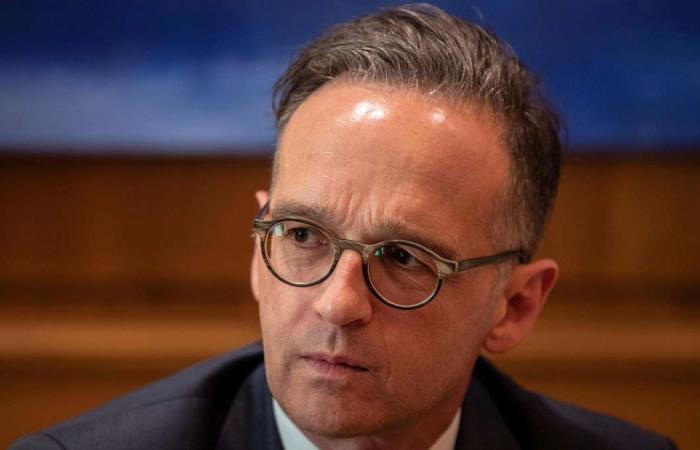 Hind Al Soulia - Riyadh - Germany's foreign minister has warned of his fears over tensions in the Mediterranean as he flew into London on Wednesday for consultations with his British counterpart.

A diplomatic offensive by Heiko Maas has seen the German representative criss-cross the region from Athens to the British capital as well as hold telephone conversations with his Egyptian counterpart.

Efforts to salvage the German diplomatic initiative on Libya have steadily intensified and Berlin is also at the forefront of European efforts to encourage restraint by Turkey after it declared a joint maritime zone with Tripoli.

Mr Maas sent a warning to Turkey that it was undermining its position with Europe. "We have a very clear position: international law must be respected. Therefore, progress in relations with Turkey can only be achieved if Ankara avoids provocations in the eastern Mediterranean,″ he said.

“This is the condition for there to be any future-oriented dialogue between the European Union and Turkey.”

After the Brexit split with Europe, Britain is keen to show Germany that it remains a partner in diplomacy, including in the Middle East and North Africa. Talks also concentrated on the wider European position in its neighbourhood, including the extent of Russian influence in the region. China's role in Hong Kong was also under discussion with Britain forging ahead with an independent sanction policy for the first time, while the Europeans have trying to work out a common position.

"In their meeting today, FM Maas and Foreign Secretary Raab have discussed China, Russia and the Middle East as well as a wide range of other issues. Strong focus on coordinated or joint approaches," said Angelis Michaelis, the German ambassador to London on Twitter.

With the US role in the security policy of the Mediterranean region now uncertain, Libya is in the words of a US diplomat "first of all a European problem."

Violations of the arms embargo across the Mediterranean are, according to Mr Maas, taking place with munitions "often brought to Libya via chartered ships or planes".

He has said Germany could push for sanctions on companies, people and entities involved in violations of the UN embargo would have to be sanctioned. In a second step, Berlin would also seek sanctions, possibly at the EU level. Germany currently holds the rotating presidency of the EU.

While Britain no longer has a voice at the EU table, the Germans would have to take along France. French president Emmanuel Macron broke out of the tense talks over the European bailout at the weekend to discuss Libya with US President Donald Trump.

A senior MEP for Mr Macron's political party, Nathalie Loiseau, the chairwoman of the parliament's security and defence committee, accused Turkey of waging a "proxy war" in Libya.

"Turkey’s actions only make a political settlement in Libya more difficult and aggravate the risk of a partition of the country, which would have terrible consequences for Libya’s neighbours in Tunisia, Egypt, the Sahel, and Europe. Ankara doesn’t seem to care," she wrote for The Atlantic Council.

She said the Turkish government’s rationale of supporting the Libyan government in Tripoli "hardly covers Ankara’s more tangible economic and strategic aspirations in the conflict, which go directly against European security interests and sovereignty".

"Ankara rushed to support the Tripoli government, and in exchange Tripoli rushed to grant Turkey a maritime agreement that contravenes the legitimate rights of Greece, another Nato member, and Cyprus. Turkey has also proceeded with illegal gas drilling in the territorial waters of Cyprus despite warnings and sanctions from the EU."

These were the details of the news Berlin’s diplomatic offensive seeks to turn the tide on Libya for this day. We hope that we have succeeded by giving you the full details and information. To follow all our news, you can subscribe to the alerts system or to one of our different systems to provide you with all that is new.