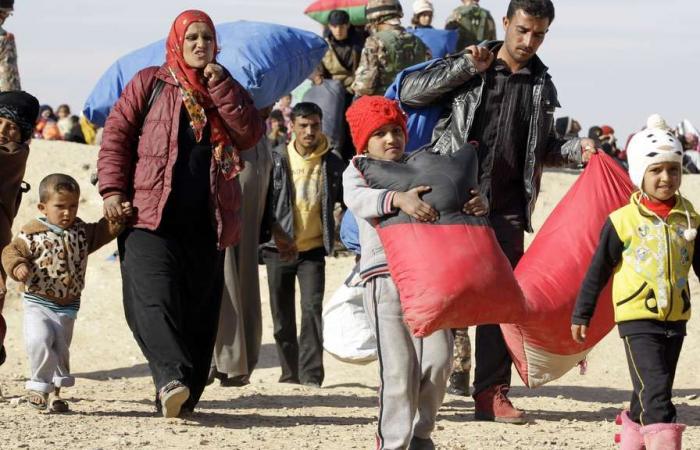 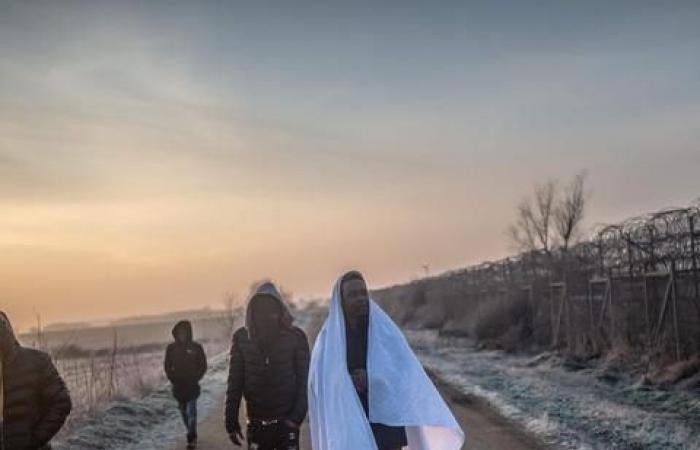 Thank you for your reading and interest in the news Nine million Syrian refugees want to return, but security remains a major barrier and now with details

In a report released today, the Syrian Association for Citizen’s Dignity warned that the longer Syrians feel unable to return, the more likely they are to remain permanently displaced, jeopardising hopes for a lasting resolution to the nine-year conflict.

Many are intent on returning one day, but according to SACD’s survey of 1,100 displaced Syrians, some 73 per cent would return if the right conditions existed and 80 per cent were adamant that the security situation has to change for this to be possible.

The fate of at least nine million displaced Syrians who want to return is “instrumental to the sustainability of any future political solution to end the conflict and ensure lasting, stable peace,” the report, entitled We Are Syria, states.

Applied to the total number of displaced persons, about 13 million, this suggests more than nine million people would exercise their right to a safe, voluntary and dignified return to their homes in Syria, the group said.

More than half of the country’s pre-war population has been displaced since 2011 yet despite worsening conditions for many in refugee camps, and increasingly hostile host communities abroad, only a tiny fraction have trickled home in recent years.

“We risk seeing the displacement solidify and become permanent, which would have devastating consequences for millions of Syrians but also for the region and beyond, resulting in constant instability and cycles of violence,” Haya Atassi, a spokesperson at SACD said.

“This is why there is such an urgent need for a comprehensive political solution that would guarantee rights to all displaced Syrians, with strong international guarantees,” she told The National.

The research indicates that 97 per cent of displaced Syrians in Europe feel settled, in stark contrast to other host countries, including Lebanon and Turkey, where rising hostility towards refugees – “seen as easy scapegoats for internal political and economic problems” - has compounded their sense of insecurity.

The changing political narrative in Turkey, which hosts the largest number of Syrians, has led to a 34 per cent drop in the number of refugees who say they feel settled there.

In Lebanon, only nine per cent of refugees feel settled, due to a combination of difficult living conditions and bureaucratic hurdles that make it extremely hard to obtain legal status and access education, work and health care.

“Life in Lebanon is very difficult ... People are beginning to lose their mind because of the abuse and humiliation,” Maher, 33, told researchers.

Khaled, 26, another Syrian interviewed in the survey, said he had to give up his university studies.

“In addition to security concerns, there is a high possibility that the Lebanese authorities will hand me over to the regime without any deterrence; simply because I work,” he said.

The dangers faced by the few who have been forced to return to areas held by President Bashar Al Assad’s regime were documented in a report published earlier this year by SACD.

In the latest study, security issues were the key concern for nearly three-quarters of participants, with 73 per cent citing the need to reform the sector and curb its powers over civilian life.

Within this, compulsory military conscription remains a major obstacle to return for many men aged between 18 and 42 and the fate of detainees was a priority for 64 per cent of the displaced.

At least 130,000 individuals are currently being held in the regime’s prisons for political reasons, though some studies have estimated the figure to be double that.

As a landmark trial takes place in Germany, families of people missing in Syria's prison system speak of anguish, bribery and torture.

Some families only recently learnt of the death of loved ones after photographs of people tortured and killed in regime custody circulated on social media.

The introduction of the US's Caesar Act has led to the recirculation of the photos that inspired it.

Despite several “amnesty decrees” the detentions are ongoing, leaving many fearful of reprisals if they do go back.

Fahd, 65, from the regime-controlled city of Latakia, lived a good life before the war but told researchers his family has suffered a lot since. Now in Turkey, he says he will never return under the current regime.

“I do not trust and I do not believe in partial solutions, false amnesty, or collateral international guarantees. There will be no peace or calm as long as the regime remains, even if only a small part of it.”

More than 81 per cent of those surveyed identified the “departure of the regime with all its key figures” as an essential condition for return.

For those internally displaced inside Syria, who make up roughly half of the 13 million Syrians forced to leave their home since 2011, conditions are growing steadily worse.

The collapse of the economy has left many without basic services while fears mount over the rise of reported coronavirus cases in a country where the health system is shattered after nine years of war.

Meanwhile the displacement continues, with more than one million forced to flee their homes during a three-month period at the beginning of 2020 during a regime offensive on rebel-held towns in Idlib and north Aleppo.

Many of those who fled are now enduring dire conditions in makeshift camps on the Turkish border, depending on aid to survive. A decision earlier this month by the UN Security Council to close one of two remaining crossing points for cross-border aid is likely to make their situation even worse, Ms Atassi said.

“This is bound to impact people’s desperation to leave, but even in such circumstances the vast majority does not want to go to regime-held areas, out of fear of repression and revenge,” she said.

Some say they will never go home. Among those enduring the harsh conditions of north Aleppo’s displacement camps, 14 per cent do not trust that their requirements for a safe return will ever be met.

Others are too traumatised by the horrors they witnessed in Syria to consider going home.

“I do not want to return to the place where my husband was executed in front of my eyes, nor return to where my children and I were oppressed ... I can’t live there again,” said Zahra, 50, who fled her home in Aleppo for Turkey.

These were the details of the news Nine million Syrian refugees want to return, but security remains a major barrier for this day. We hope that we have succeeded by giving you the full details and information. To follow all our news, you can subscribe to the alerts system or to one of our different systems to provide you with all that is new.