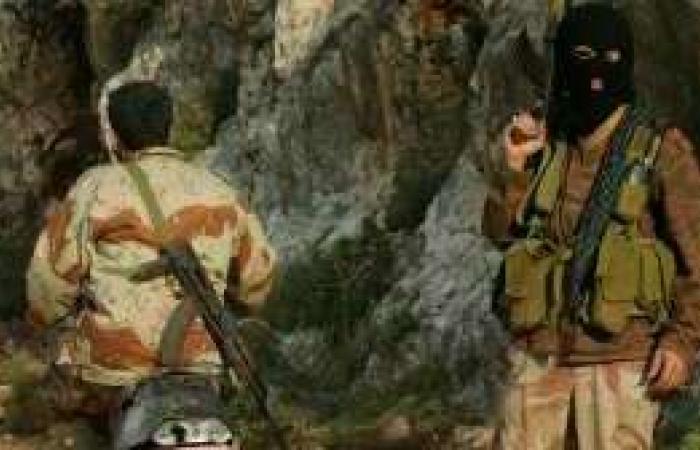 Hind Al Soulia - Riyadh - Israel has reportedly thwarted a terrorist plot to kidnap of one of its soldiers, a plan its security services say was masterminded by Iran and Lebanese Shiite militia Hezbollah.

The cell was intercepted and 10 members were arrested, the Shin Bet domestic security agency said.

It said it believed the plot was meant to obtain leverage for the release of jailed Palestinians.

The Shin Bet said the Popular Front for the Liberation of Palestine, or PFLP, was to carry out the plot in the occupied West Bank.

Iran and Hezbollah apparently provided the cell members with funding and training, as well as giving them a front organisation known as Al Shabab Al Alumi Al Arabi.

The Shin Bet claimed the Syrian army was also involved in training the members.

The agency said it retrieved its information from the interrogation of a PFLP suspect in April, claiming that he revealed the existence of two cells, one in the occupied West Bank city of Ramallah and another in Samaria, near the city of Nablus.

The plan was spearheaded by a Lebanese man named as Assad Al Amali, who provided the link to Iran and Hezbollah, the Shin Bet said.

The PFLP is a secular Marxist organisation that rejects Israel's existence and the moderate line of the Palestine Liberation Organisation led by President Mahmoud Abbas and dominated by his Fatah party.

Despite its hardline position on Palestinian national aspirations, it also rejects Hamas, the group that rules Gaza.

Iran and Israel are involved in a shadow war in the Palestinian territories, including Gaza, and the wider Middle East. Iran has provided funds and equipment to Hamas and has fought three wars against Israel. It has also funded Hamas operatives in the occupied West Bank.

Western intelligence sources say Israel stepped up strikes on Syria in the past few months are part of a shadow war approved by Washington.

It is part of the anti-Iran policy that has in the past two years undermined Iran's military power without triggering a major increase in hostilities.

Syria never publicly acknowledges that Iranian assets are the targets of the strikes in a country where Tehran's military presence has covered most government-controlled areas.

Israel acknowledged conducting many raids in Syria since the start of the civil war in 2011.

Israeli defence officials said in recent months that Israel would step up its campaign against Iran in Syria where, with the help of proxy militias, Tehran has expanded its presence.

But those plots against Israel have also reached into its own territory, as the Shin Bet's latest claim demonstrated.

These were the details of the news Israel foils Iranian and Hezbollah-backed plot to kidnap soldier for this day. We hope that we have succeeded by giving you the full details and information. To follow all our news, you can subscribe to the alerts system or to one of our different systems to provide you with all that is new.