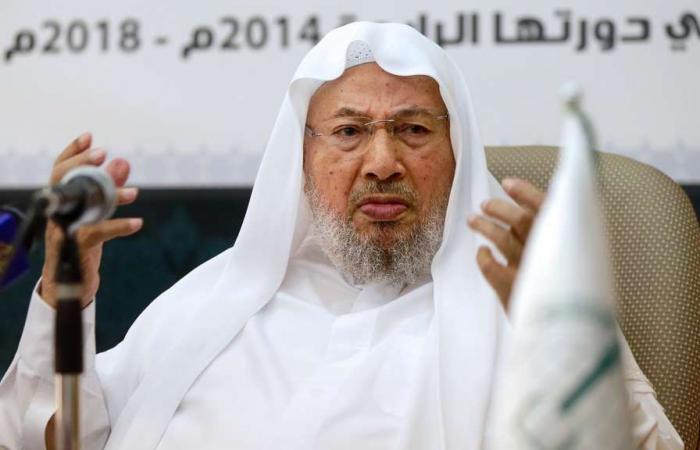 Hind Al Soulia - Riyadh - A Dutch parliamentary inquiry has published a report setting out concerns over ongoing funding by Qatari and Turkish organisations to religious centres and mosques that appear designed to promote control by the donors and the Muslim Brotherhood.

The committee wrapped up months of hearings under the chairmanship of MP Michel Rog, who has asked Parliament to endorse its report. "The findings definitely give us cause for concern. It is with that urgency that the committee presents this report," said Mr Rog.

Payments running into tens of millions of euros were spread across the country but the concentration of money by certain donors into a handful of institutions, including Amsterdam's Blue Mosque and Rotterdam's Essalam Islamic Cultural Centre and the Middenweg Centre.

In testimony Ronald Sandee, a terrorism expert, pointed to the purpose behind providing finance and said there were strategic motivations for a stream of donations. “For countries like Qatar and Turkey there is also a political reason to exert influence, which is a kind of soft power through the Muslim communities they try to control.

"In doing so, they also try all kinds of other things that are pleasant for their country."

The US-based expert Lorenzo Vidino, director of the Programme on Extremism at George Washington University, said Qatar funding promoted a Muslim Brotherhood narrative that was divisive and pushed an "us and them" mentality among recipients.

"Brotherhood-supporting donors such as the Qatar Charity know full well who the compatible potential recipients of their funds are in every European country, as they are part of an informal web of connections and there are overlapping vetting systems and guarantors," he told the committee. "These ample funds allow Brotherhood entities to purchase large properties and organise large-scale activities that attract swaths of the Muslim community well beyond what would otherwise be its ideological reach.

"At times it also allows them to take over mosques that do not belong to the network as funds are used to attempt various forms of buyouts of cash-strapped competing Islamic institutions.

The parliamentarians heard that the Islamic Foundation of the Netherlands should be viewed be an offshoot of the Diyanet, the Turkish state’s religious arm, and that it exerted a strong political influence on the Turkish religious community in the Netherlands. All its preachers were effectively appointed and employed by the Turkish government.

Erik-Jan Zürcher, an expert in the movements at Leiden University, said Turkey was using a broad spectrum of institutions to reach people in the Netherlands. “You should not only think of official government communication but you should also just think of movies, television series on much-watched Turkish channels and websites, all of which actually have their own way to convey the same message."

The report itself noted the purpose behind the Turkish activity in the Dutch community.

"A specific form of influence is that from Turkey," it said. "Although there is a lot of diversity within the Turkish-Dutch community, it has a large group of people who feel very strongly connected to the Turkish state.

"This leads to fear of others and reduces a feeling of freedom to express an opinion that deviates from the line of the Turkish ruling party and affiliated organisations. The committee finds that the influence of the Turkish government leads to social pressure and intimidation in the Netherlands."

It also revealed there had been intimidation of witnesses and some institutions had gone to court to stop the release of files requested by the inquiry.

"The research makes clear that behind the often conscious financial strategy there is often influence aimed at remaining invisible. There appears to be a great lack of transparency. For example, it is often unclear who the actual donor is, whether the money is spent on the purpose for which it was intended or if it is not accountable to the community.

Influencing takes place in various ways, as the final report makes clear. It happens, for example, by establishing, administering and financially supporting mosques and other organisations, such as mosque schools. The organisations that are founded often have the same political-religious view as the financiers, which strengthens and professionalises the message.

These were the details of the news Qatari and Turkish funding for Dutch Muslim Brotherhood exposed in MPs' report for this day. We hope that we have succeeded by giving you the full details and information. To follow all our news, you can subscribe to the alerts system or to one of our different systems to provide you with all that is new.

PREV Japan to extend Covid-19 state of emergency in Tokyo area
NEXT Trump, returning to political stage, flirts with 2024 run